We’re spending the next three months traveling from Singapore to Bangkok, riding up the west coast of Malaysia and then cutting across to ride up the east coast of Thailand. 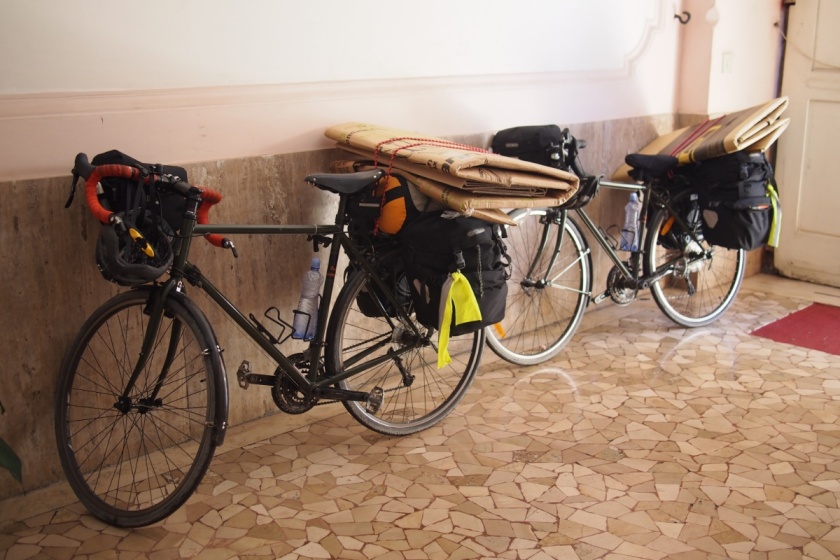 As we are spending a year bike touring, we will have flown with our bikes as baggage six times, which means we would have set them up and broken them down twelve times as follows:

Bike touring may be one of the lightest ways to travel but it is still easy to misplace items. Especially when there are two people setting and breaking camp virtually every day, or needing items immediately like raingear in a storm, electrical chargers for a coffee shop stop, bike tools for punctures or even first aid. We all know no one packs the same as each other!

You’re off on a new adventure and you’re moving out! But packing up all your belongings can be overwhelming as well as buying the boxes, bubble wrap, brown paper and packing tape and suddenly there are more costs draining the wallet.  Cleave and I lived in a one bedroom apartment without a storage space or a garage, we smugly thought that packing up and moving out would be a cinch. I’m sure there were even a couple of confident “this is going to be easy!” high fives too.  Until we started opening the cupboards.  Suddenly 5 years of life and belongings were spilling out of drawers, heaped under the bed, piled on top of the cupboards.  It felt like our things had been reproducing behind our backs.  Suddenly moving out became really daunting .  Here are a couple of things that helped us in the big move out:

We took a quick weekend camping trip to test out the bikes with the gear. It was to be a easy ride using mostly bike paths from Wolli Creek to Sutherland (approx. 20km).  From there we would take the train to Kiama, and then a small local train to Berry.  Camping at the Berry Showgrounds for the night we would then ride out for a day trip to Seven Mile Beach (approx. 12km).  Despite getting prepared the night before it still took quite a while to get going. Unusual scraping noises had to be investigated, panniers to be rearranged, and finding bike paths took a bit of time.  Also getting used to how heavy the bikes were with all the gear, there were a couple of little hills near Sutherland that I was pushing the bike up!

Having not ridden or owned bikes since Cleave and I were both about 14, we decided the best way to get familiar with these brand new purchases would be to take a couple of courses. Check online for your city’s free bike courses, most city councils support cycling initiatives, and help riders feel safe in city traffic. A quick search led us to Sydney Cycleways Basic Bike Care Course, held at the Sydney Park Cycling Centre in Sydney Park.

There was definitely a list of requirements when choosing which bike to buy. It had to be within the cheaper touring end but still suited to long distance travel.  It also needed to be able to blend into the urban landscape so we could use them for quick commuting at home. 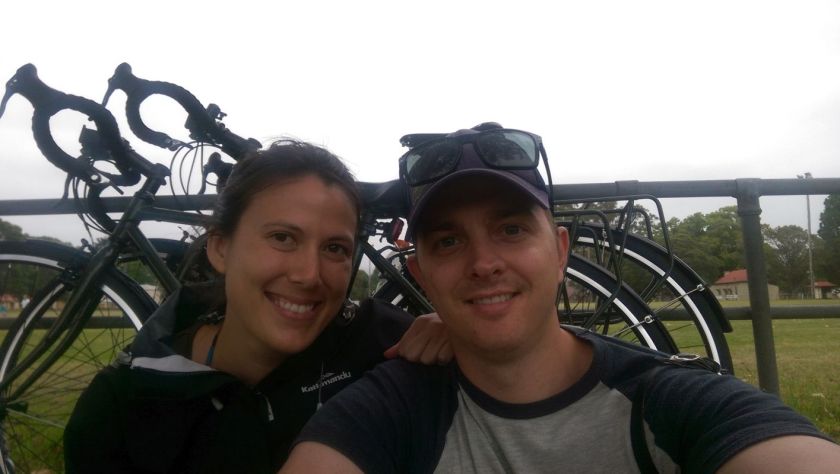 The idea of travelling long-term started as a ‘what if?’ daydream but became louder and louder in our heads.  We wanted to travel for six months to a year at least, the biggest debates being money, stuff and time.  We had an apartment full of 7 years of our lives being entwined, from the modular couch we agonised over at a furniture super centre, to the TV we had debated size vs. living room space, to the photos loving printed and stuck on the walls.  Would we be able to give up our possessions?  The constant debate on how much we would need for the trip, and how much we would need for re-entry was at the forefront.  The budget affected which countries we wanted to visit, and how long we could travel for.