After spending over a week in Kyoto, it was time to pack up and say goodbye.  The weather was completely the opposite to when we rode in from Osaka.  Beautiful, sunny and perfect for long rides and camping, which we were looking forward to.  For the next few days we would end up on three cycling trails, long and short, that made the next few rides pretty spectacular.

Firstly, leaving Kyoto we chose to follow the Kamo River (Kamogawa) out of town.  The river has a massively wide and very well maintained (isn’t everything in Japan?) pedestrian path on both sides, that is very scenic and popular with picnics, dog walkers, kite flying and lots of cyclists.

In a few places they were upgrading it, with construction, so we had to double back to the nearest ramp (there are lots of steps down to it, but the ramps are spaced out every few hundred metres).  But no matter, this just means that the path will be even better once they finish.  It actually didn’t go that far, just to the next suburb on both sides of Kyoto, but it was a beautiful way to leave a busy city, and a zero car path is always a cause for celebration.

Our breakfast destination wasn’t far anyway, just 6km away – the Fushimi Inari Tasha, the head shrine of Inari and most famous for its tunnels torii gates.  We ate breakfast at a Lawson nearby, locked our bikes up in the bike racks in the car park, and joined the rest of the people walking up through the temple grounds. 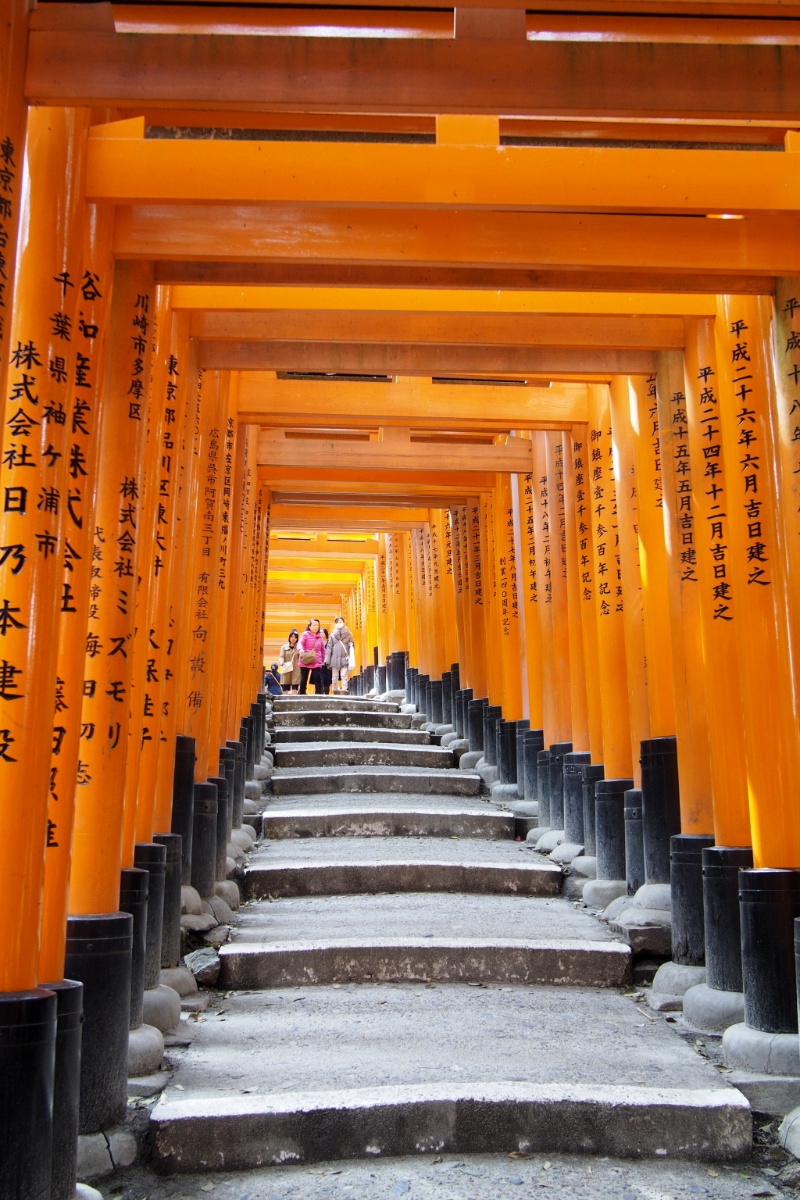 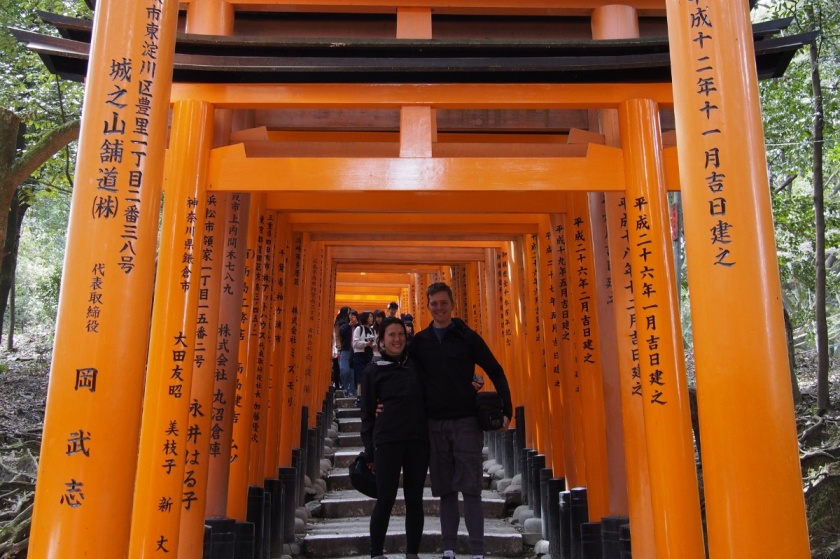 It was full of crowds, and the weather was so beautiful we were actually itching to get back on the bikes.

It wasn’t long until we were back on the river network again, this time the Kyotoyawatakizu Cycling Road.

This cycle path runs from Kyoto and splits to finish in either Osaka or Kizu, near Nara, about 45 km away each. You can use this path to go into the heart of Osaka, finishing really close to Osaka Castle.  If the weather had been better when we had ridden out from Osaka to Kyoto, we would have taken this more scenic route for sure.  It’s completely paved in bitumen, and takes advantage of the river banks or flood embankments, following the natural lines of the rivers.

It’s a little difficult to find information on this path that has full English directions.  Most of the websites and maps are in Japanese, but the signage along the route does have a little English.  We found the CycleKyoto website the best for English directions.  English PDF map here too. (thanks to Slavek who shared this). 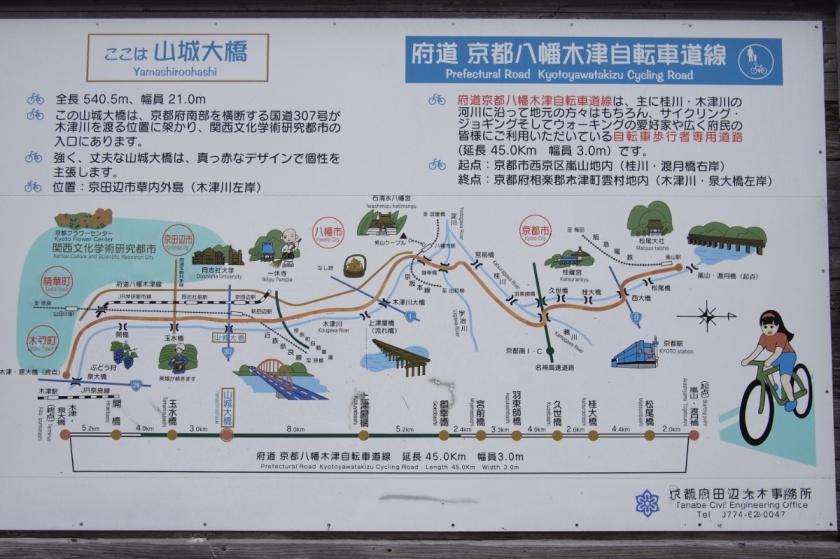 We love seeing cycling infrastructure between cities, it’s incredible to see how much freedom this allows. We met a Japanese man going to Costco, a 40-minute ride away.  He said he did it once a month and put all his supplies in his bike trailer! Of course, because Japan is so densely packed, it sometimes gets a little confusing as the paths merge and divide off into the little townships along the way.  The CycleKyoto website explains some of the confusing bits which are great.

The main reason why we found the Kyotoyawatakizu Cycling Road so easy to navigate was because we were using a Strava map.  Cleave had joined a Facebook group: Cycling Kyoto, asking their advice to cycle from Kyoto to Tokyo.  We wanted to avoid the mountains as it was just too cold that time of year, and we were not equipped for snow.  One of the members, Nigel, sent a link to his strava ride, all the way from Kyoto to Toba near the ocean.  Cleave opened his route in Strava, pressed Use Route, and then made sure our blue dot was following his ride (just  like Google Maps).  If you are interested in following the ride as well, you can look our route up under “Cleave Kay” on Strava (And for all our other rides too).

All in all, it was 245km, which Nigel did it in one day, we did it in three, and it was the most beautiful three days of riding we had.  Not much traffic, beautiful farming areas and small towns. 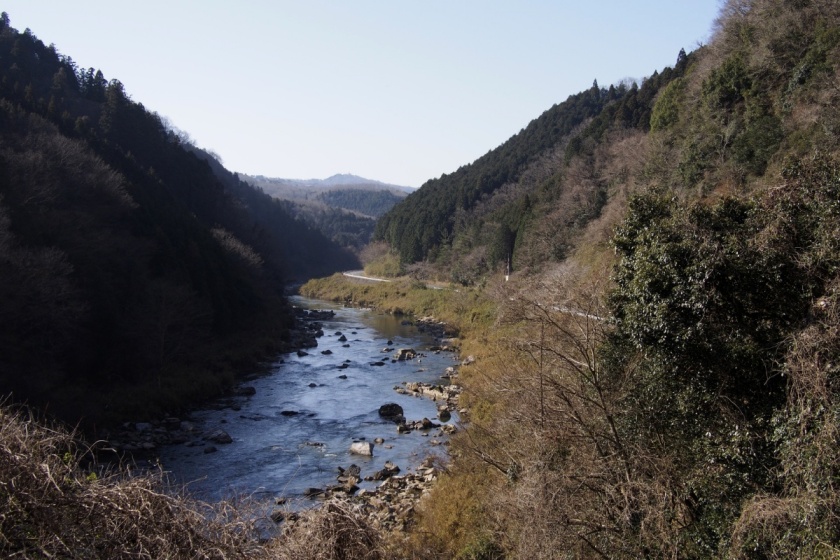 Our favourite section and toughest was Ise Main Highway 368, approx. 10km just before the Matsusaka township.  The highway turned into a single road, and looked to be used as a logging road, which zig-zagged up and then down the mountain.

There was hardly any traffic, but the there was a few trucks so be careful around corners, the single carriage road is quite narrow. 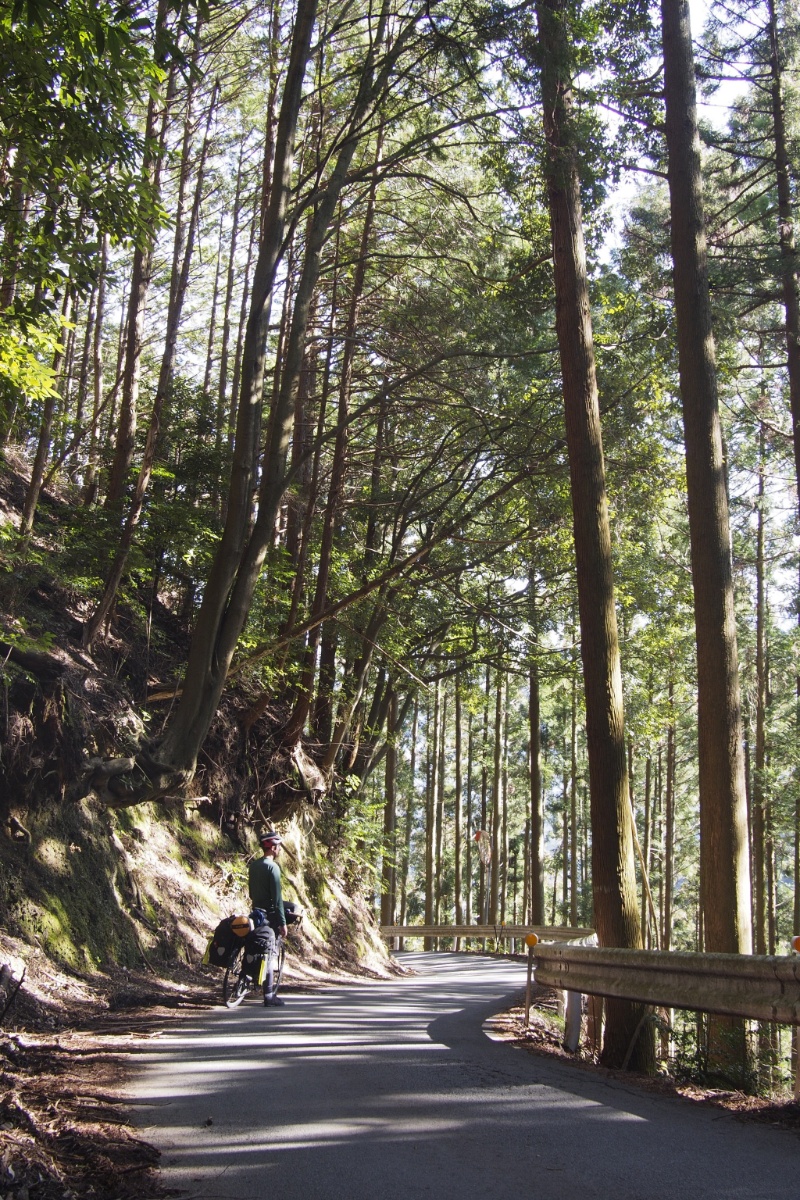 Being early March, we again had the whole place to ourselves.  Up the driveway were unlocked and very clean toilets.  We set up in the best spot, right next to the river.  We had a dinner of onigiri, edamame, bread buns and fruit.

The morning brought the sun again, and we were high spirits, ready to finish the Strava ride to Toba, and then Highway One, to follow the coast all the way to Tokyo.