We were on our last section of Malaysia, incorporating two of Malaysia’s most well-known islands: Penang and LangKawi, as well as looking forward to a week-long Christmas break.

Just out of Ipoh we made a quick stop at a roti stall for breakfast when we noticed another loaded touring bike and with it a 70-year-old Malaysian man, by the name of Pak Wan, just finishing his breakfast.  With a huge kindly handshake and a “Welcome to Malaysia!”, we fell into a cheery conversation with the usual points of route, equipment and the rest of the general sniffing and sticky beaking.  Realising we were going the same way we agreed to ride a little way together.  We ended up riding together for two days.

Little did we know, but we found out later, Wan was kinda a big deal.  He wasn’t on holiday or retired, an easy mistake given his age.  No, nothing as ordinary as that.  In fact, in his sixties Wan had received a Malaysian Record (MBR) for the oldest person to cycle around the Malaysian peninsula (which includes Singapore and Thailand in the route).   When we met him, now in his seventies, he was halfway through beating his own record again.  To make sure no one else would ever break it, he was doing it three times in a row – to the total of 8,000km.

We made quite the group riding together, clocking close to 100km each day for both days.  Every afternoon at about 4pm, huge heavy monsoon rain arrives like clockwork, causing the roads to flood, sewers to overflow and even traffic pulling over to wait it out.  It doesn’t bother us as we’re usually finished for the day, or we’ve taken shelter in a restaurant or petrol station.  Not Wan.  Not 70-year-old Wan.  He rides straight through.  And us with him.  Down jungle roads dodging trucks spraying up water, through puddles and mud five inches deep, rain bucketing down with us soaked to the bone.  It was hilarious.  Somewhere there is Wan’s go-pro footage of that ride – that’s if one of his six children and eighteen grandchildren helps him transfer and eventually send it to us.

Lunchtime with Wan would actually be a pre-planned meetup with cycling fans, following him on Facebook, eager to meet him (His friend count is at 3,722).  The Malaysian cycling community is tight-knit and really lovely.  Also during our time we kept bumping into Loh, a Singaporean man cycling to China, which made our group even bigger.  Although we’ve seen and met bike tourers along the way, its rare to met someone going your way, and rarer still to ride compatibly together.

Our first island stop was Penang, where we parted ways with Wan and Loh, which was sweetly sad.  Penang is really more of separate mini-city, as the island is connected to the mainland by a highway.  We stayed right in the heart of Georgetown, the island’s old core of pre-colonial buildings and romantic shophouses. 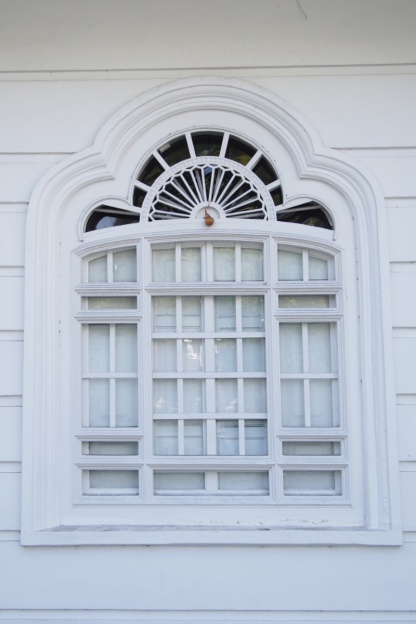 We stayed at Just Inn, which had a bustling morning and night market just up the road.  We gravitate towards the morning markets, as they’re the cheapest place to grab fresh-cut fruit, coffee, noodles or rice for breakfast, and any number of snacks.  It’s the time and place where locals grab their groceries and coffee, and we’ve never felt ripped off or taken advantage of there – rather it’s where we’ve felt the most welcome, with plenty of open smiles and encouragement.  It’s safe to say we started most of our Penang days there. 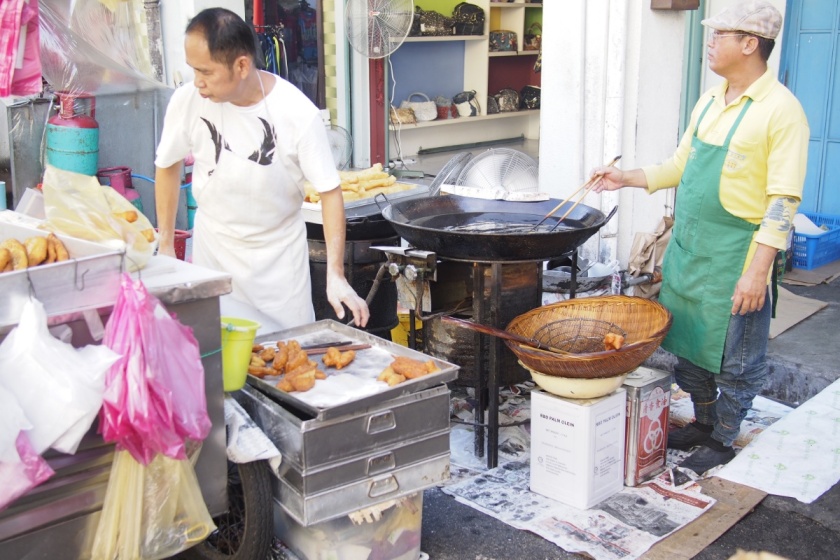 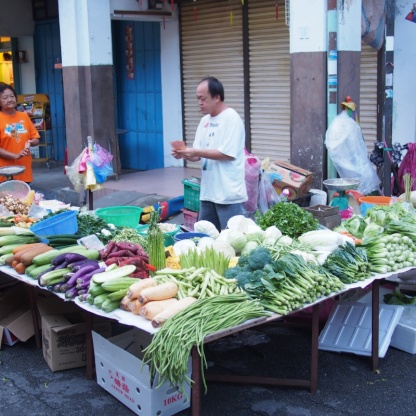 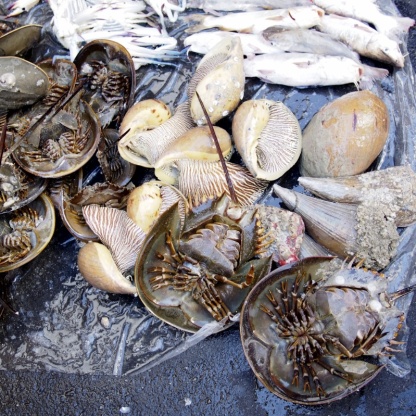 Our next stop, LangKawi, was just an easy early morning ride to the jetty for a three-hour ferry.  We had been given tickets for the 8.15am but had been turned around at the lineup, as bikes are allowed on one ferry time only – the 8.30am.  This resulted in a mad dash to exchange our tickets in time and were the very last people to board.  But no matter because the bikes became our ticket straight to VIP status.  While everyone else got crammed into the depths of the boat, along with all their suitcases, boxes, and bags – a crew member opened the top deck door for us and let us through.  For the three-hour journey we got the whole level to ourselves! 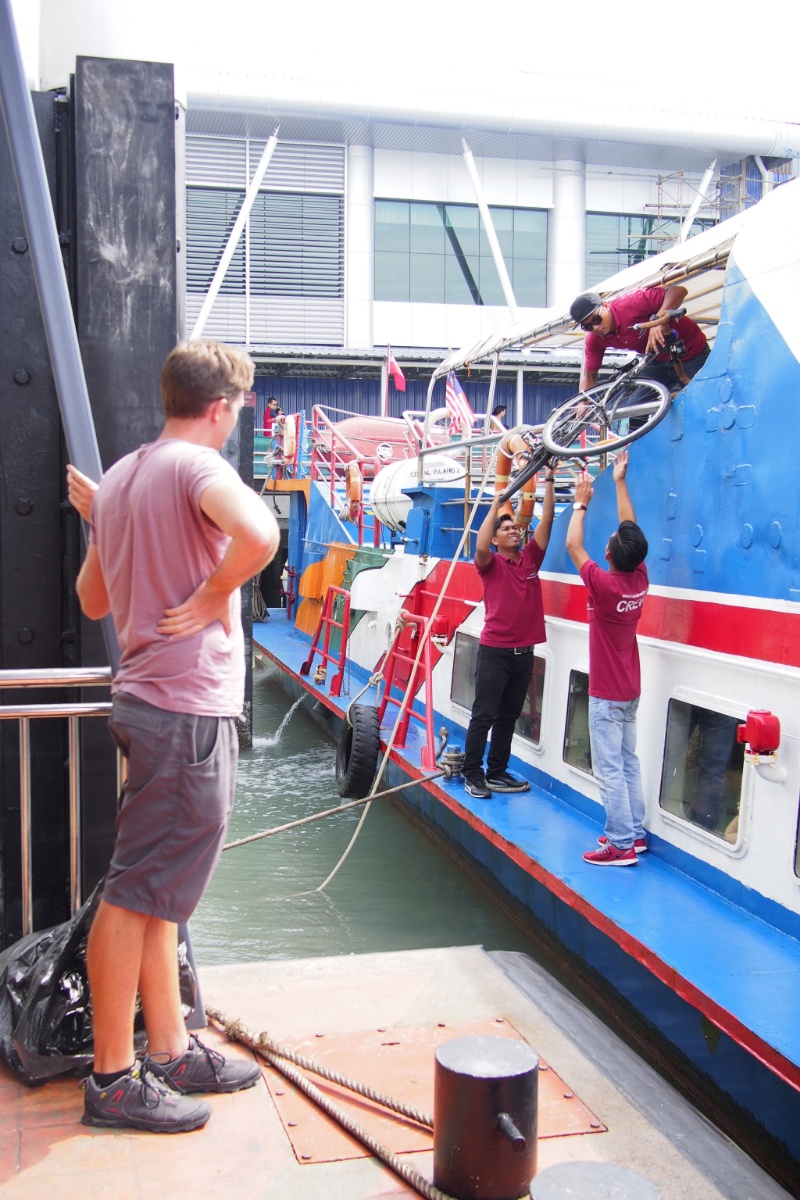 When we docked there was the usual crush of people lugging gear, taxis blaring, minibuses, motorcycles.  Apart from a few curious looks and a friendly wave, we don’t get bothered by taxi drivers.  Instead we cycled straight through the confusion and off – 20km across the island to our guesthouse, Soluna.

LangKawi is a beautiful tropical archipelago, filled with beaches, jungle and relaxing whatnots.  Aside from all that LangKawi is also a duty-free island.  Bottles of liquor is $10-20, beers are $1-3, and everything else in between is just as cheap.

For Christmas Eve, we all grabbed market food to share, pooled in alcohol and mixes, piled into our patio and turned the music up.

The oversized Vodka was a hit.

Pretty group pics, before it got messy. 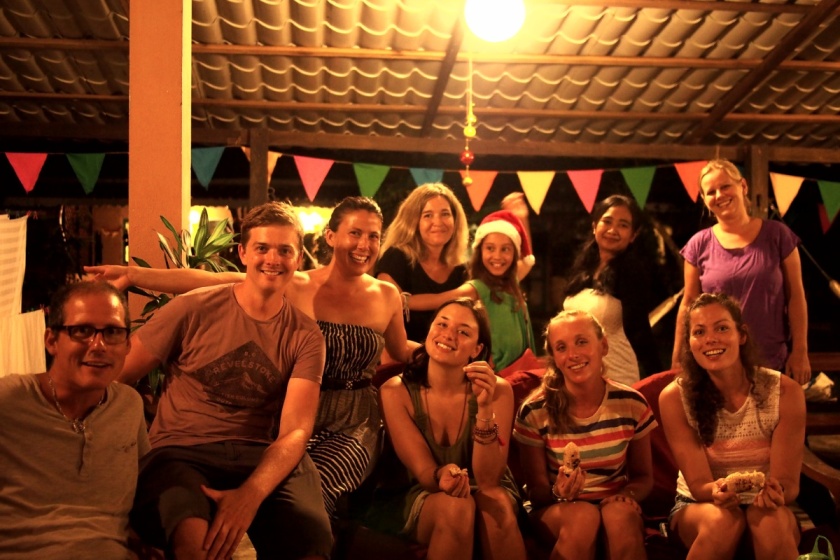 The next morning, things were very quiet.

For the rest of our last days in Malaysia, we continued the very low-key vibes, spending most of our time around the beach and our guesthouse, with its neighbouring water buffalos, including a baby and mama.

And a couple of scooter trips out to food, more beaches and waterfalls. 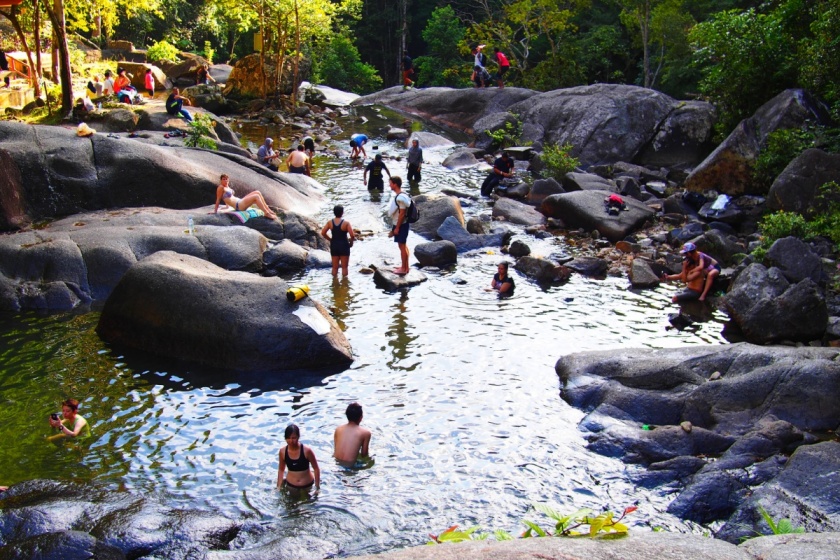 With over 1,000km finished from Singapore to the top of Malaysia, we were ready for the next country – Thailand!