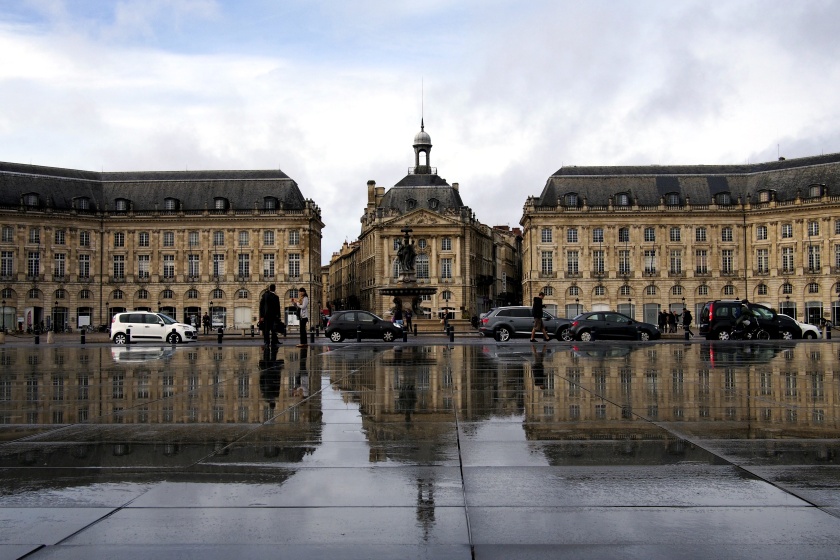 After our unconventional night we rode off into the sleepy morning for the final push into the bustling sophistication of Bordeaux.  Despite our sleeping arrangements we were in good spirits and looking forward to smashing out the last 25km so we could find breakfast.  Flying over the bridge and onto the River Garonne promenade we were greeted by the stuff of foodie dreams.  Bordeaux’s Marche des Quai,  a fresh food market on every Sunday, selling everything from freshly shucked oysters to stacked piles of warm baguettes to char-grilled prawns. 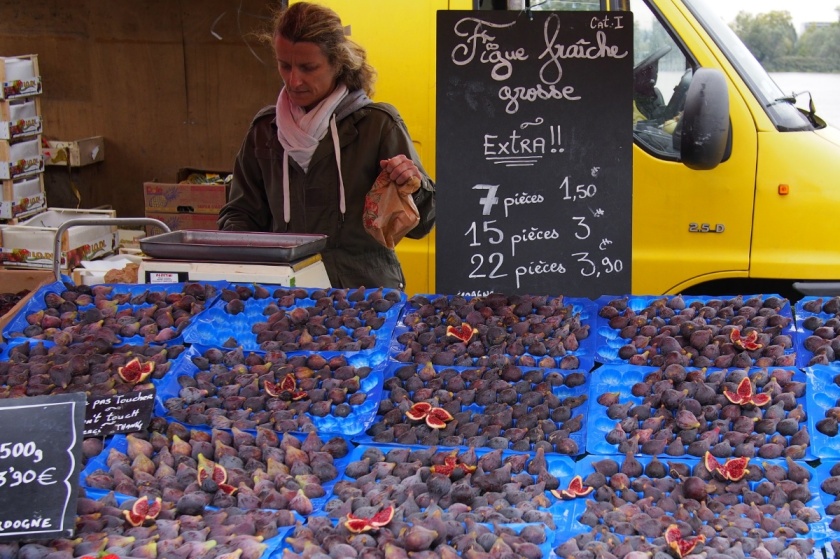 With breakfast sorted we parked the bikes and Cleave disappeared in the crowd while I fished through our panniers to find our trusty Opinel knife and Nutella jar.  He quickly returned with hot tea, flaky pastries and a baguette which was soon slathered with chocolately goodness. 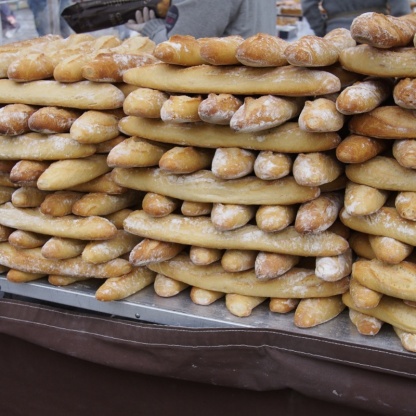 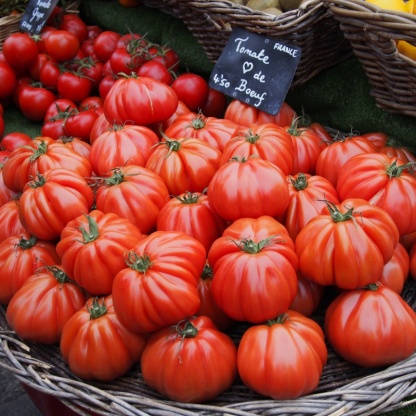 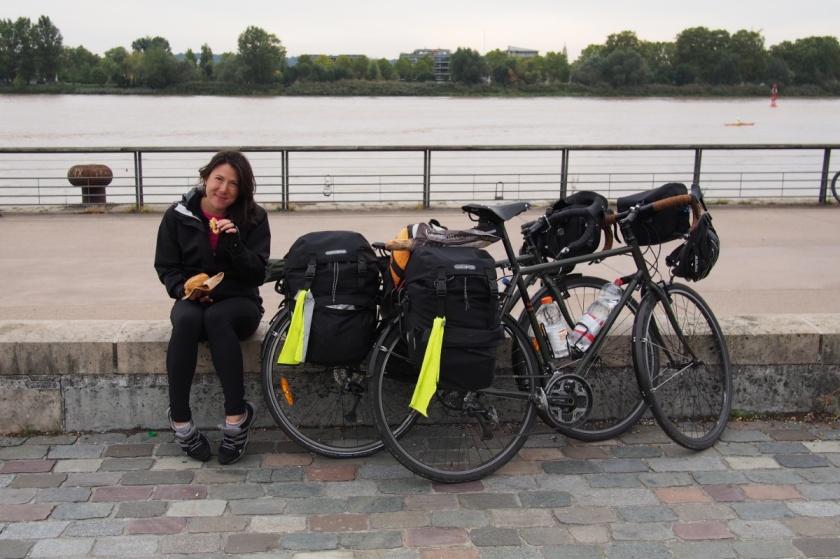 We also lined up at the canelé stall, whose white uniformed staff were shovelling hot crispy confections into pink boxes.  Steeped in Bordeaux history canelés have a dark burnt sugar shell with a custard rum vanilla center.  They were also selling all kinds of chouquettes, little puffs of choux pastry sprinkled with pearl sugar.  Two euros gave us a bag of these goodies which disappeared in seconds. 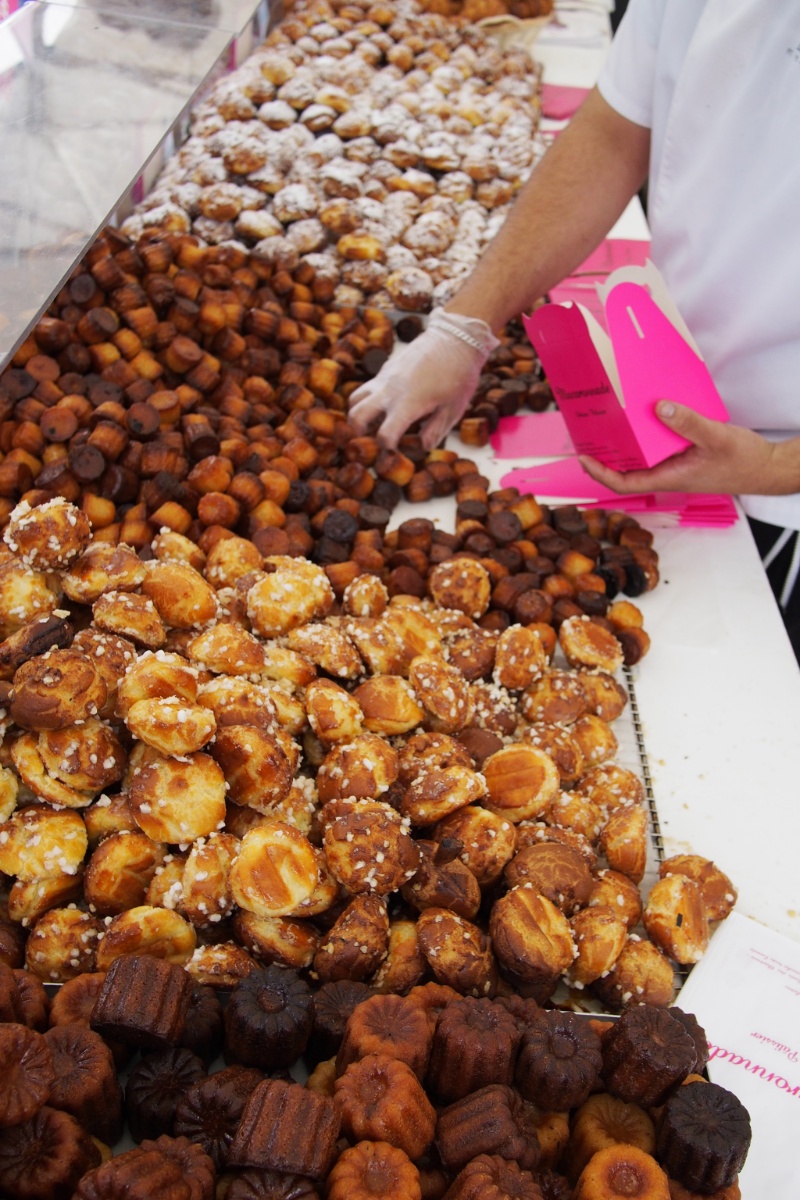 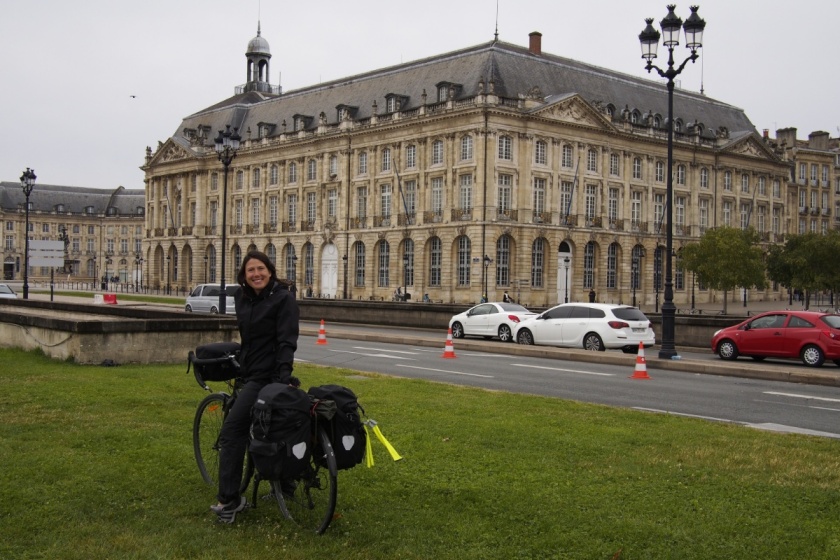 With a familiar almost Parisian air, Bordeaux has a vast network of tree-lined boulevards and cream coloured stone uniformed buildings.  But in fact Bordeaux’s beautifying years were in the 18th century while Paris was still in its infancy.  Almost a hundred years later Bordeaux was the home town of Georges-Eugene Haussman, the visionary who was selected by Napoleon III to carry out the massive renovation of Paris, and he used it as inspiration for his incredible Parisian overhaul. 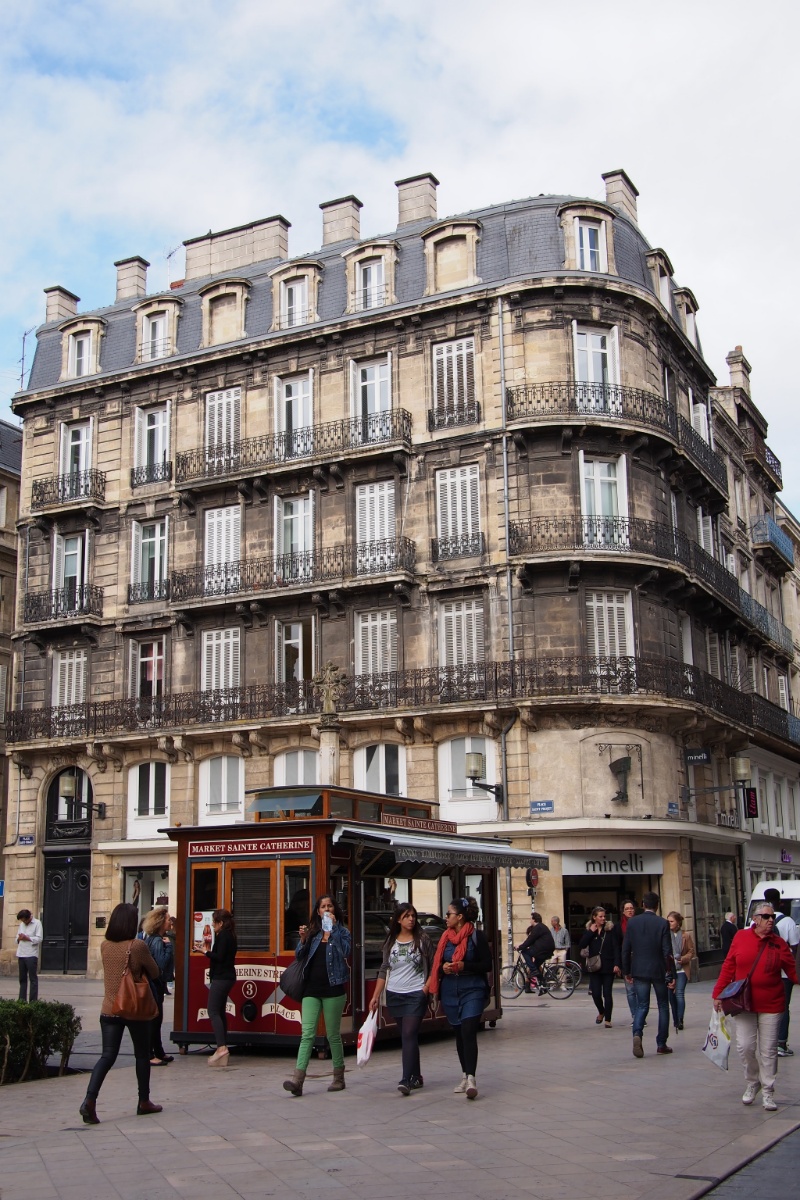 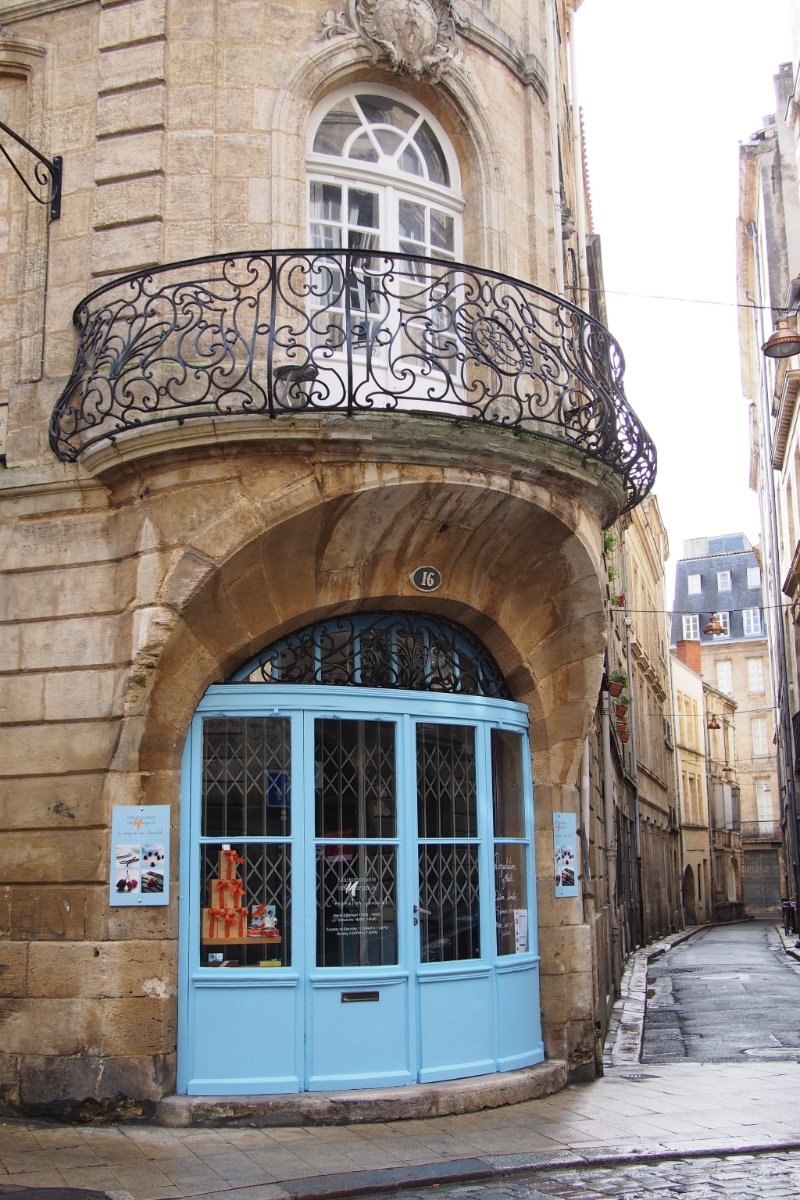 We stopped for a moment at the Royal Palace which is mirrored by the world’s largest reflecting pool, created by Michel Corajoud. 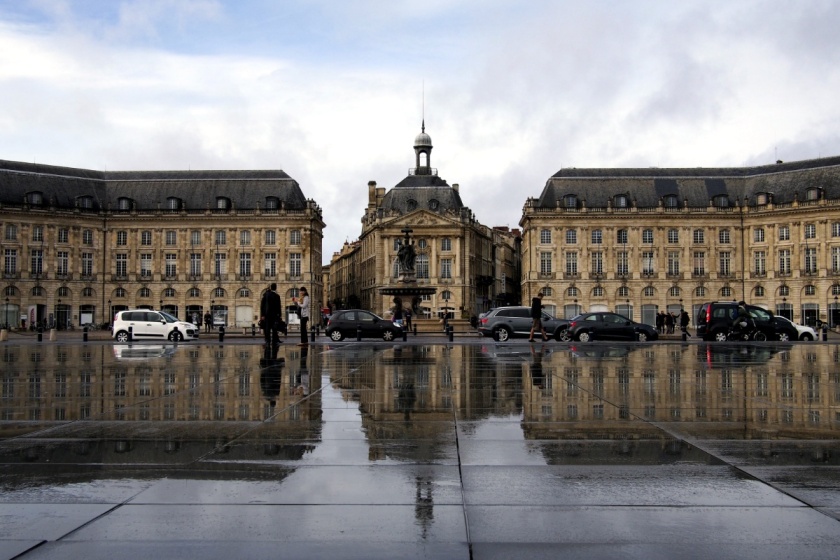 The huge granite slabs are slowly immersed by shallow water, creating this beautiful illusion.  The water then recedes underground to return as huge clouds of mist.  Suddenly bystanders, who just moments ago were respectfully looking on, were now chasing each other across the installation squealing like kids. 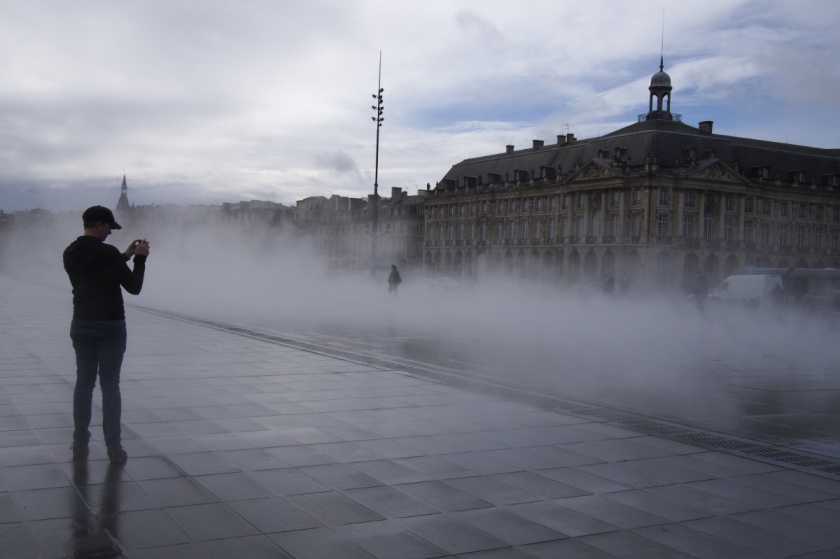 Our home for the next two days was a private AirBnB room with our host the beautiful Lamia, who cooked us a traditional tagine stew from her home, Morocco.  We spent a good deal dipping in and out of wine bars and coffee houses that lined the sidewalks.  The funny thing about wine, it has an uncanny way of being consumed before it can be photographed!  But consume we did. 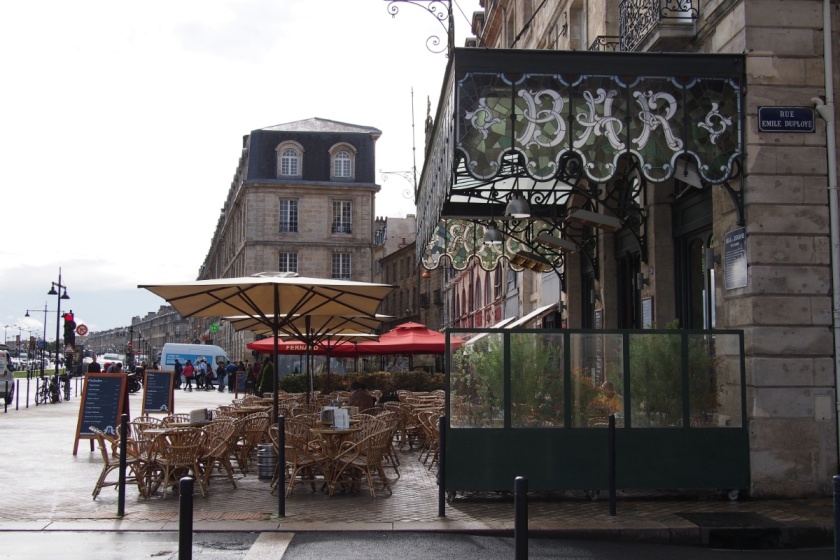 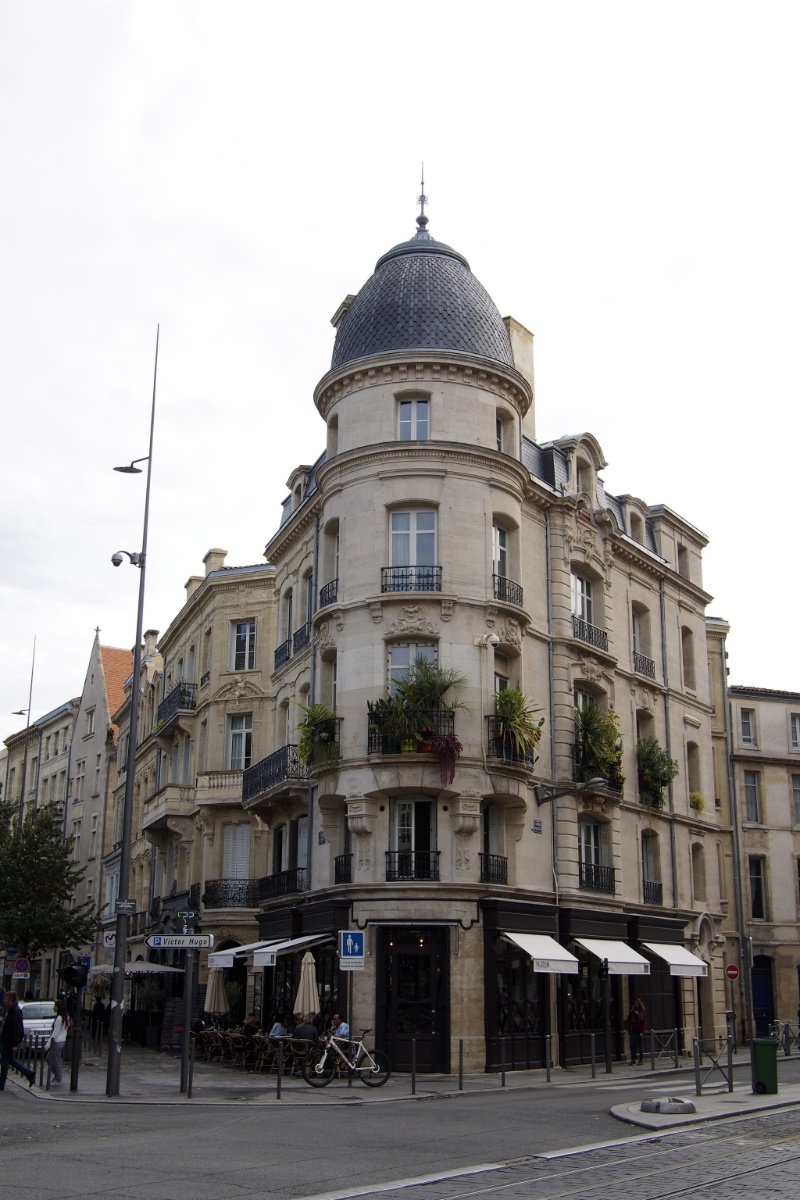 We also spent a morning at the train station.  With french campsites definitely closed now and the countryside ploughed up ready for the winter we decided to spend more time in Spain rather than trying to cycle any further.  Unfortunately Spanish cross-country trains don’t take bikes and after a flurry of back and forth by the very helpful transport staff they got us tickets (€32 each) to Hendaye, the last town on the French side of the border.  We would need to ride across the border ourselves. 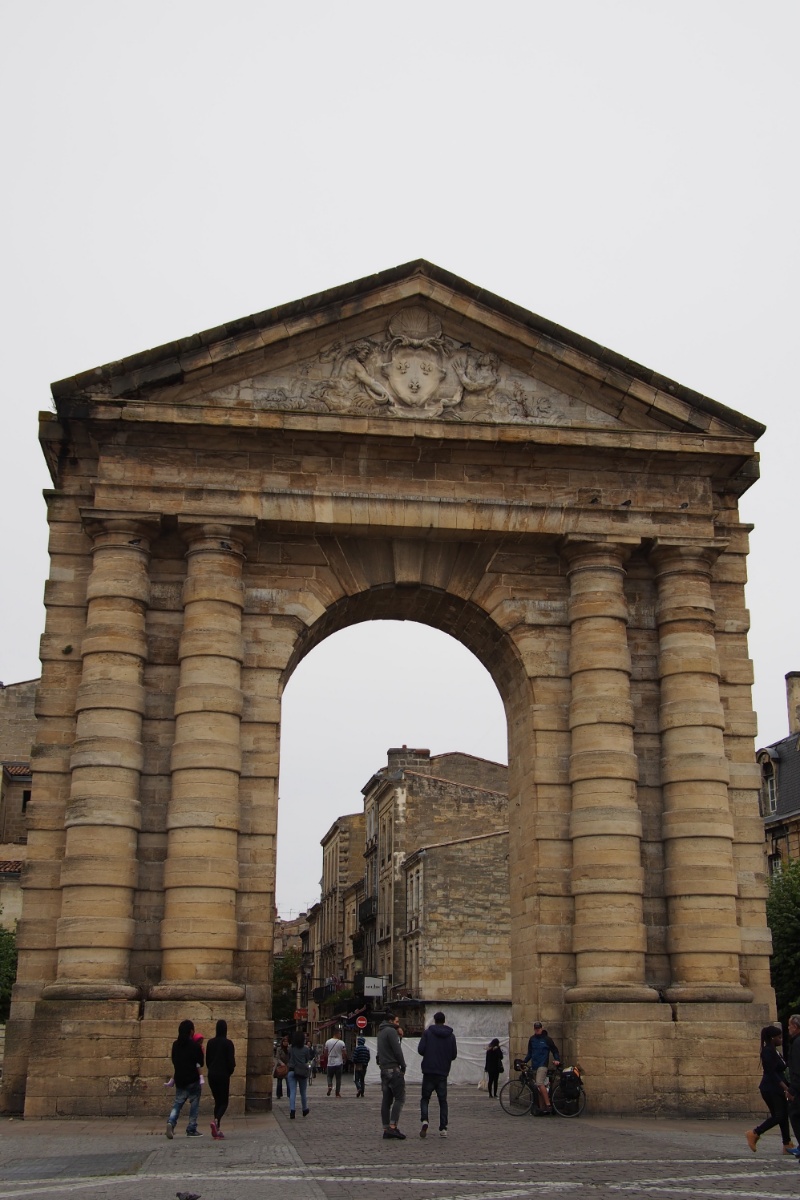 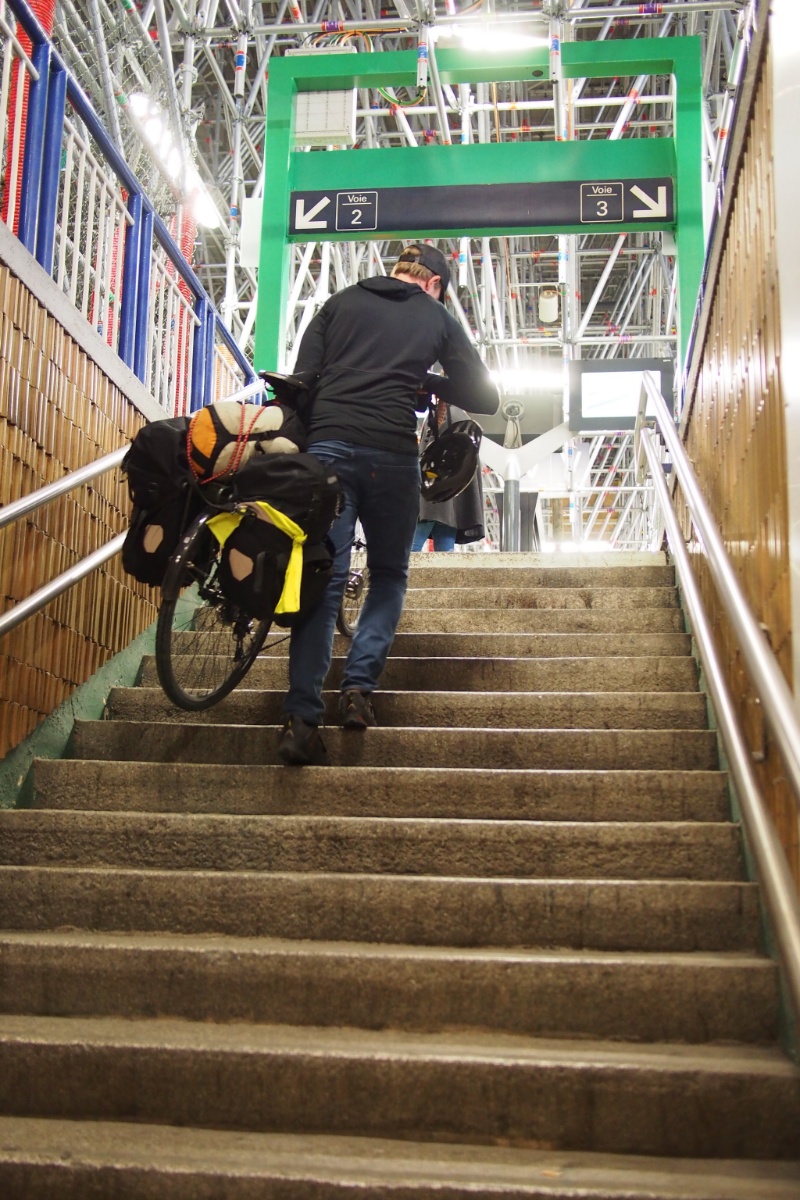 And so we finished the west coast of France riding a little over 800kms with eleven riding days and five off days.  We had started following Eurovelo 1/Velodoyssey and ended making our own way through the countryside.  Every day had been an absolute blast with pretty towns, sumptuous groceries and practically flat paths.  Even a simple baguette with cheese made a meal fit for a king.  I would absolutely recommend the west coast of France as a starting point to anyone thinking of cycle touring, it was so so easy. 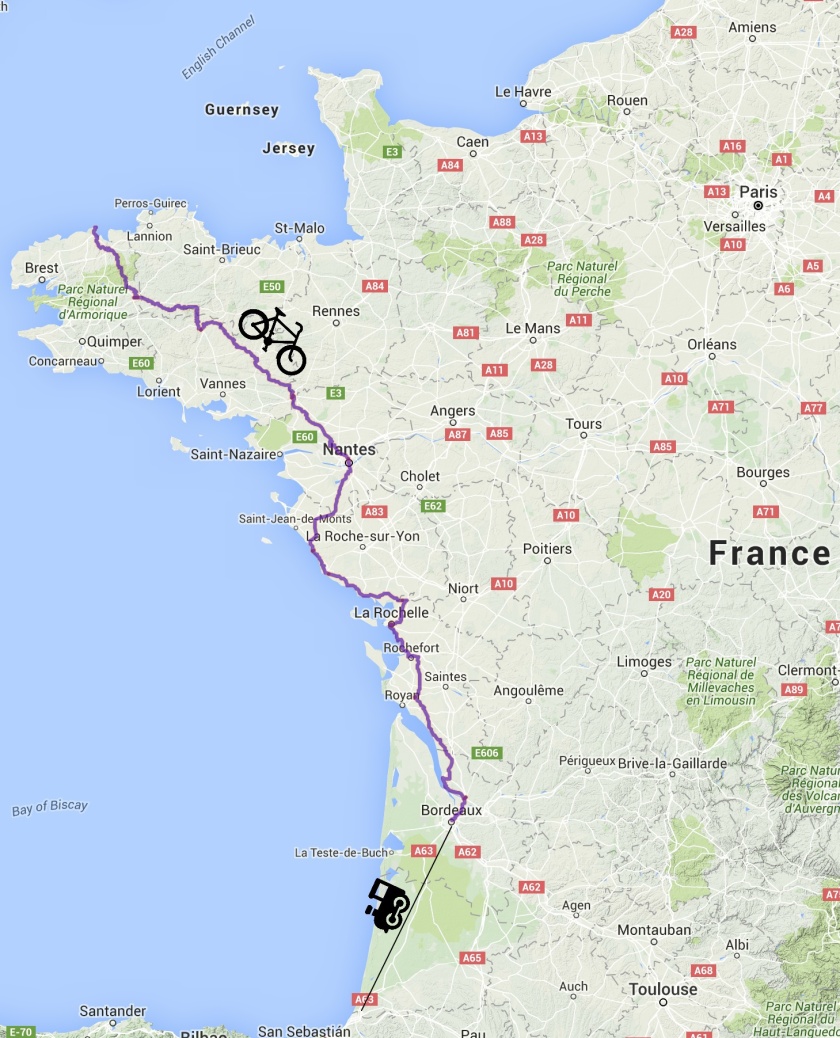