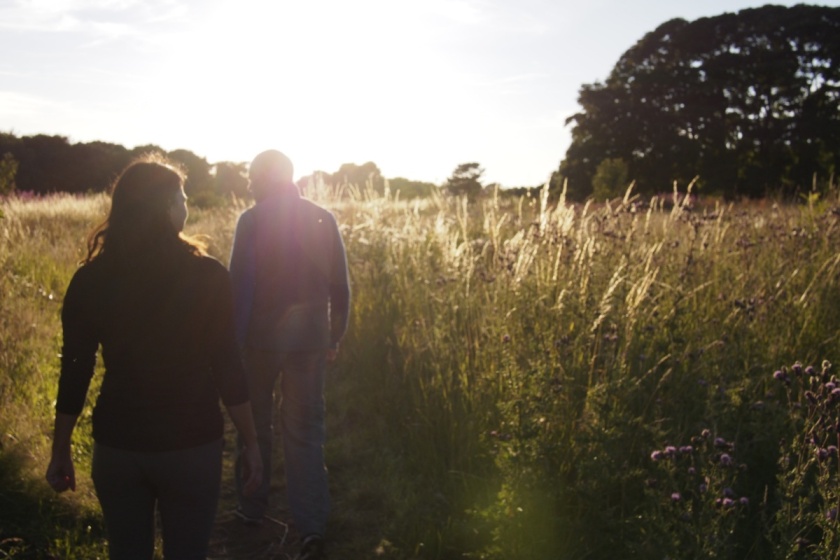 After eight nights of continuous travelling, camping and Warmshowers,  mostly in the rain, we were only one day’s ride from a long break with friends in Aughton.  We set off in good weather taking some detours to sightsee.  The sky looks deceiving sunny in this picture.  It was sunny for about half an hour with rain settling in for the rest of the day and continuing for the next week. 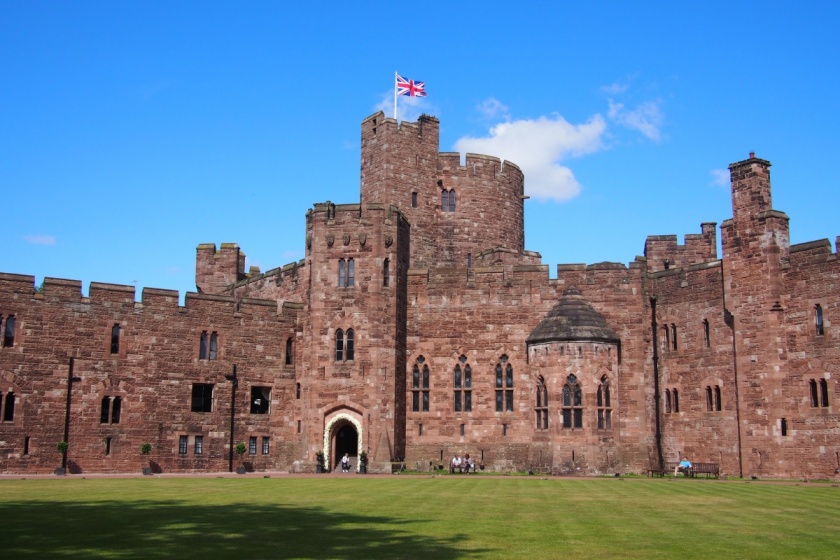 This was also to be my first crash of the trip thanks to my new clip-in shoes.  Waiting at a traffic light I simply forgot my foot was still clipped in and fell in excruciatingly slow motion, cracking my rib against a cement gutter.  For the next three weeks I was reminded of this one second of memory lapse whenever I turned, sneezed or laughed.  All I could do was wait it out to heal.

We were back to spotting fruit trees with plum trees lining a section of the highway and spent a good while sampling each tree.  Some were not the greatest nor may they have even been plums… (Note:  We try to stay within what we recognise, not just randomly snacking on plants) but most were really delicious.

Turning up like drowned rats we made it to Aughton where our friend’s parents, Christine and Steve, had a roast dinner ready with all the trimmings, including the best Yorkshire pudding in England. 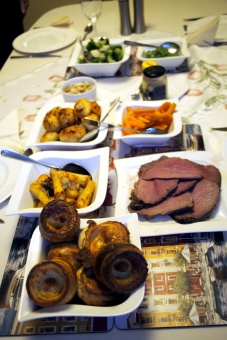 We rose the challenge of a thorough inspection of quality control and comparison, taste testing the local brews.

Steve was a gem in helping us plan out the next leg of the journey and kindly ferrying us to camp stores where we found and purchased our new tent.  He also filled us in on the privatisation of England’s railways and how to buy train tickets (online and in advance, NOT at train stations).  We also got a Two Together rail pass to get a further one-third off the ticket prices.

Steve also gave us a quick tour of Liverpool’s sights including the Superlambananas,  a cross between a banana and a lamb.  This one painted like a tiger (not confusing at all).

We also had a chance to see ‘Another Place’ by Antony Gormleye, 100 life-size cast-iron statues lining the beach facing out to sea.

Taste testing was a big part of our stay with a very serious and stringent blind tasting of pork pie flavours.  We rated best of ten points with commentary on consistency, flavour, and distinction, with the pies accompanied by plenty of sharp cheese, chutney and picked onions.  The flavours ended up being plain, chili, Stilton, apple chutney and black pudding. 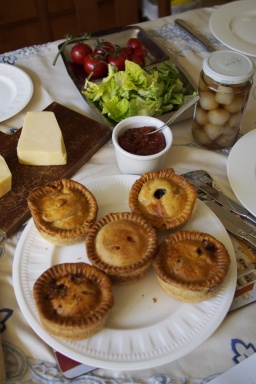 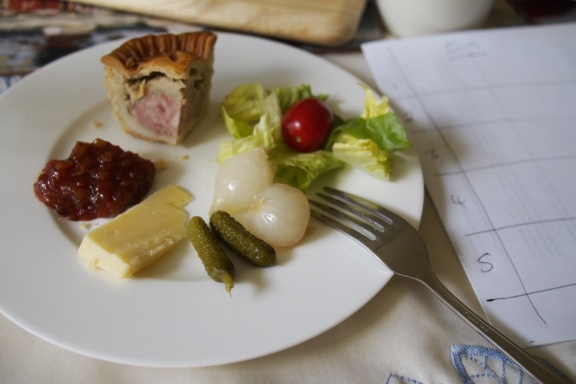 On our last day we visited ‘The Ship’ at Lathom, a traditional English pub right next to canal locks.  Fish and chips, local beer and dessert, in the form of sticky date pudding and rum raisin ice cream, ensured we were sufficiently carb-loaded for the bike riding ahead. 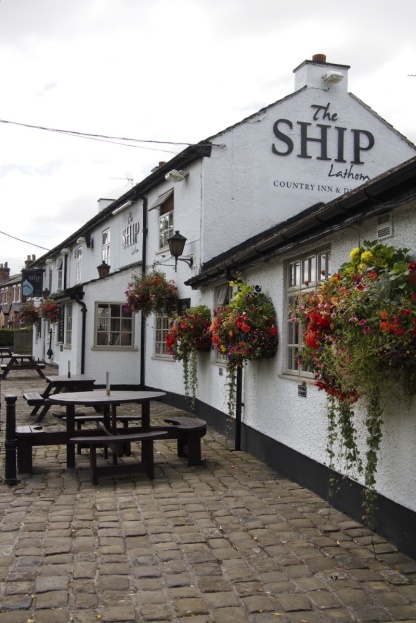 Canal boats are docked along this particular stretch of water which runs from Liverpool all the way to Leeds.  The walkways running alongside the canals originally existed for canal horses to pull unpowered boats. 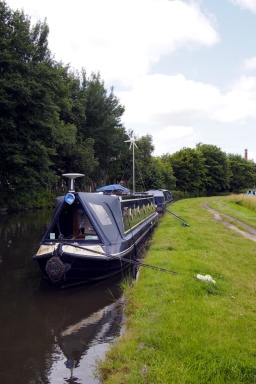 We could have happily stayed in Aughton with great company but sadly we had to keep moving.  We took one last look at Liverpool, finding our way to Matthew Street, the birthplace of the Beatles.

We jumped on a train, taking us on a short scenic route through the mountainous Peak District, allowing us to start our ride towards the east coast.  The trains we’ve caught seem to only have four bike spaces so its imperative to book in advance along with your seats.  Hopping on we discovered not only our seats had formal reservation dockets but our bike spaces did too. 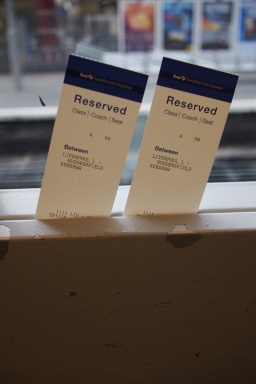 The riding was hilly by English standards, through farmland with stone walls dividing fields.  We came across lots of goats and horses pretending to be goats. 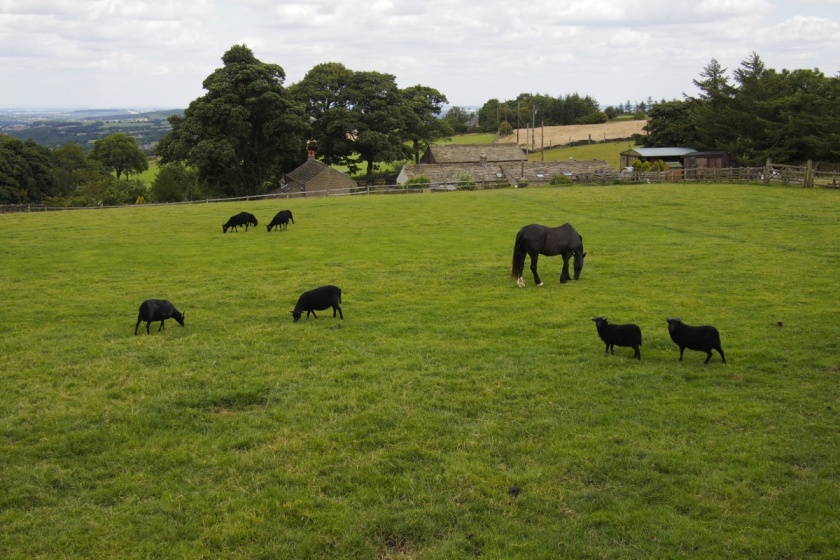 Arriving in Ingbirchworth where we spent our night in a well manicured campsite ready to try out the camouflage of our new tent. 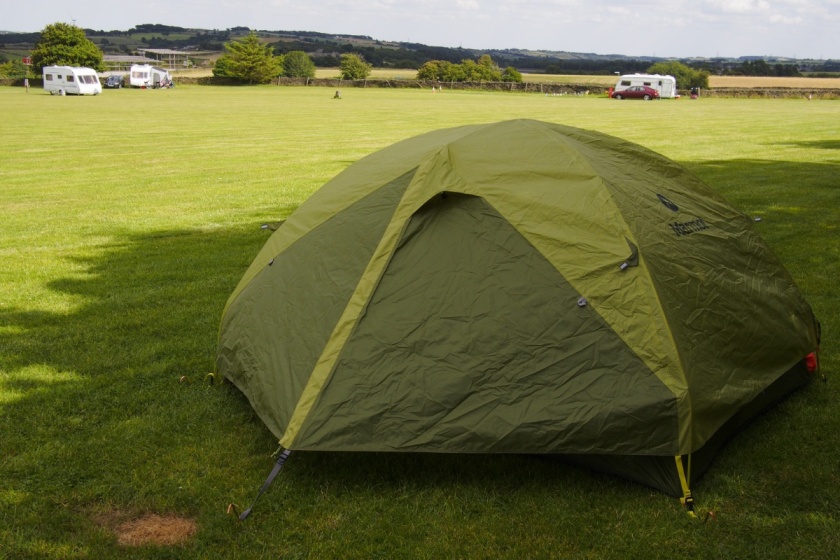