Piaggio, maker of the Italian icon the Vespa scooter, also make a vehicle known as the Ape.  Not as in gorilla, Ape is Italian for Bee.

(Vespa is Italian for Wasp, nicknamed for its buzzing sound when its rider is trying desperately to reach the speed limit)

So why is this unique three-wheeler called a Bee?  Because the Ape is predominantly a work vehicle not unlike a busy worker bee. 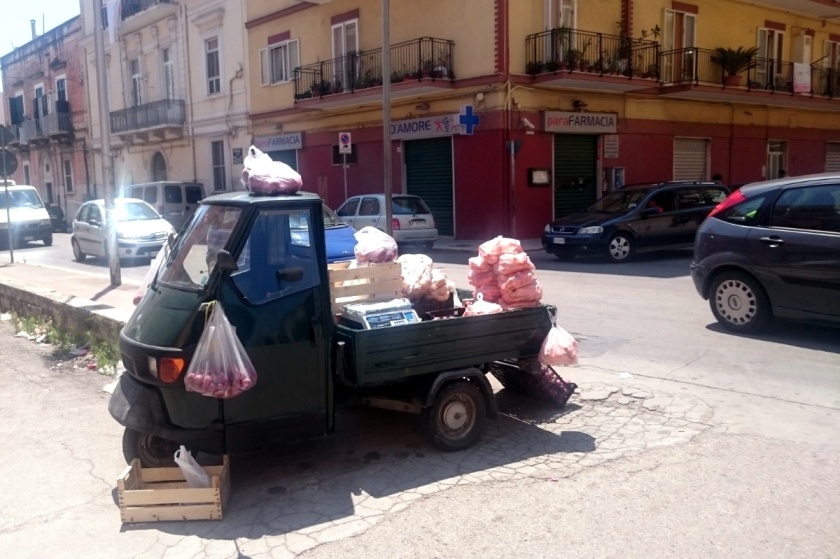 The Ape, a light, cheap commercial vehicle, was built after the war as a tool to help rebuild Italy’s economy. Like the Mini Cooper, which was created in response to a fuel shortage, the Ape was built to fill a need rather than a want. 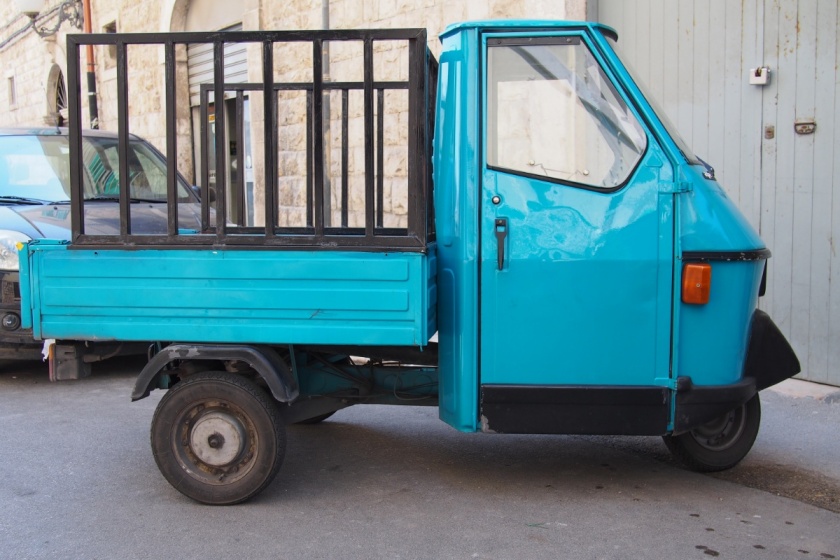 In a nutshell the Ape is a Vespa, with an extra wheel, tray and cabin.  They even have the scooter handlebars, although some of the newer models are fitted with a steering wheel. 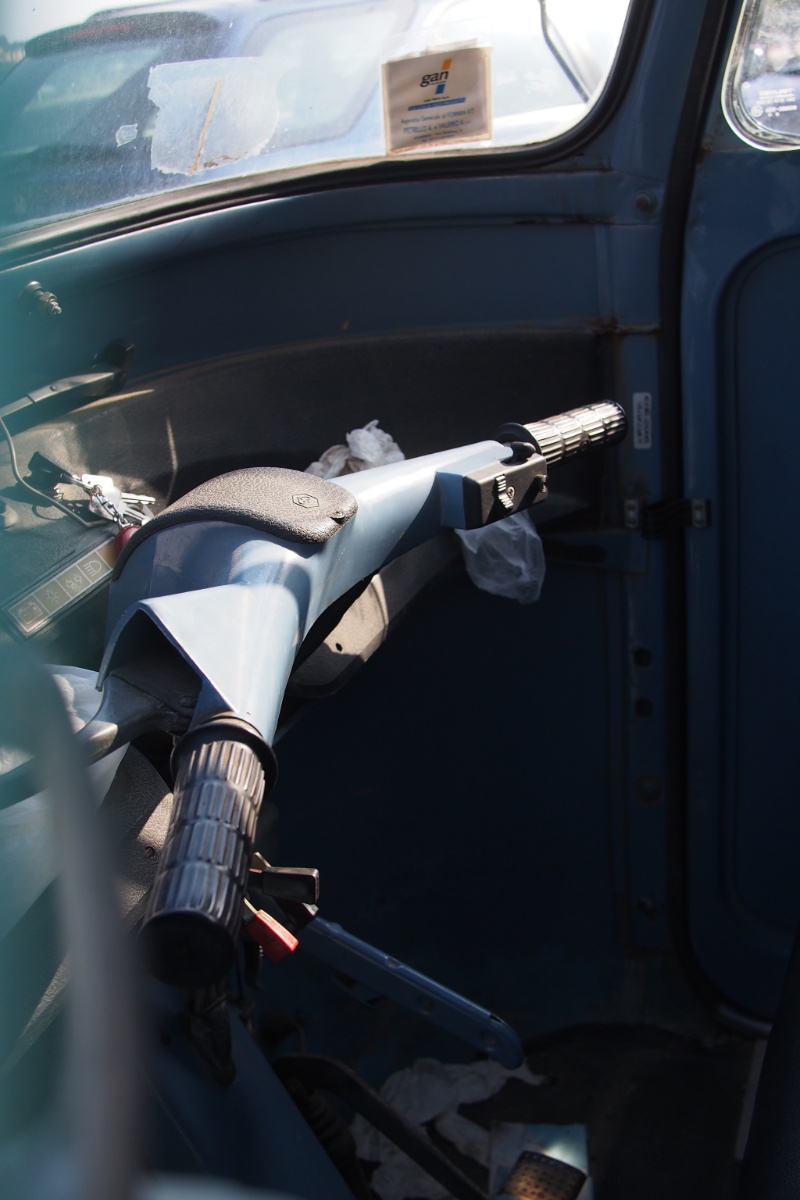 The majority are painted in a utilitarian dark green. 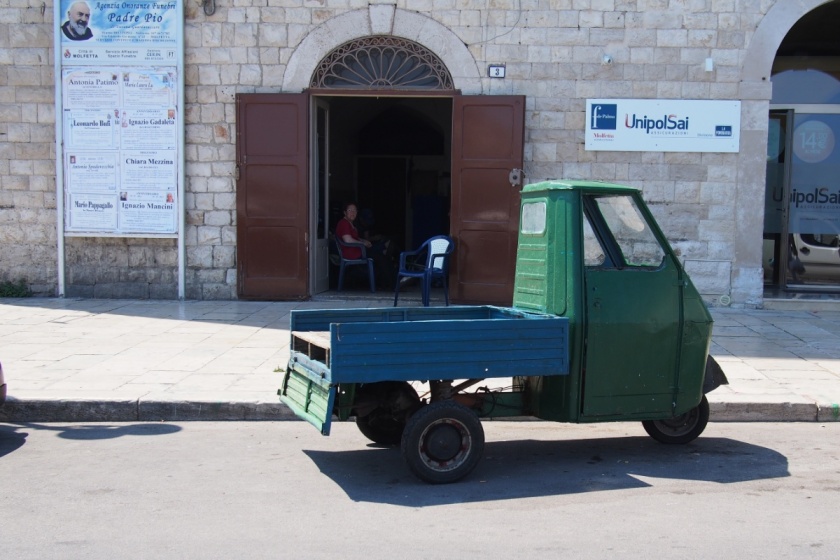 In cities they are usually used as small delivery vehicles. 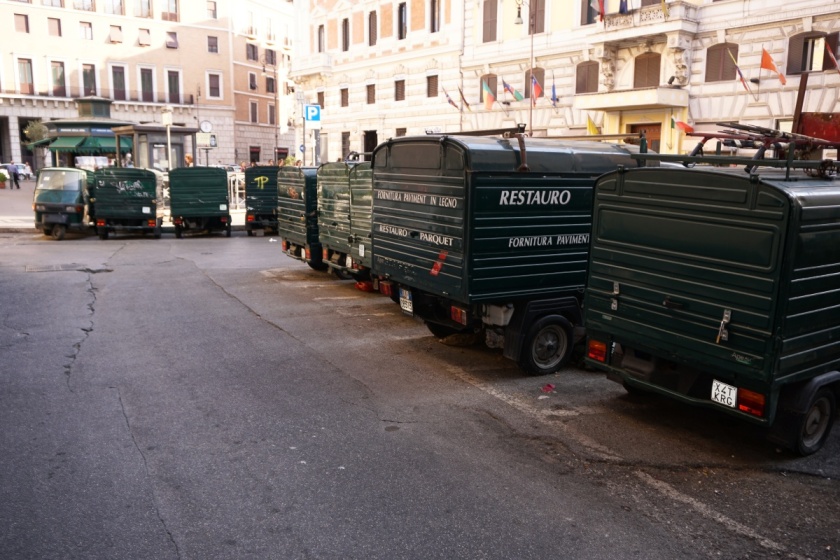 Here is the regular 50cc model wedged between two of the larger TM models, which are still smaller than a compact car.

Some companies have played up on their uniqueness, dressing them up as promotional tools.

Others have been changed into minature watermelon stands. 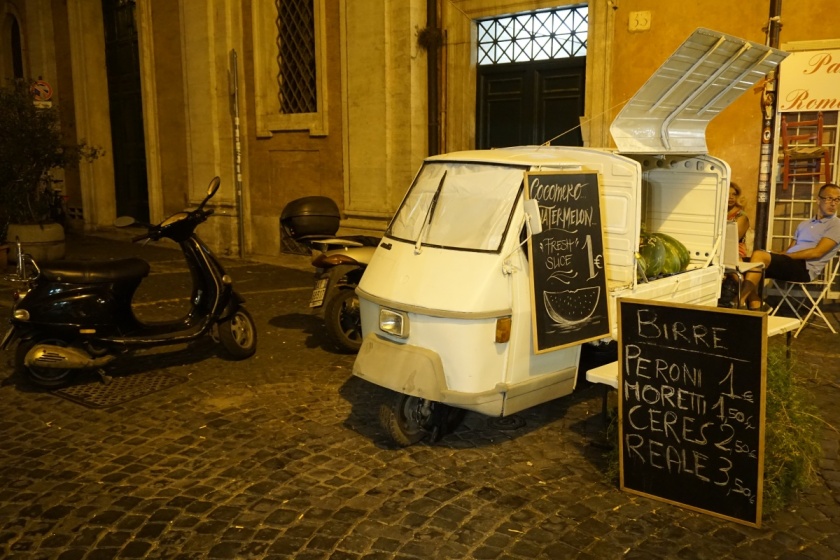 Despite being around in various guises since the 1940s they have done little to modernise the look, here is brand new Ape in blue. 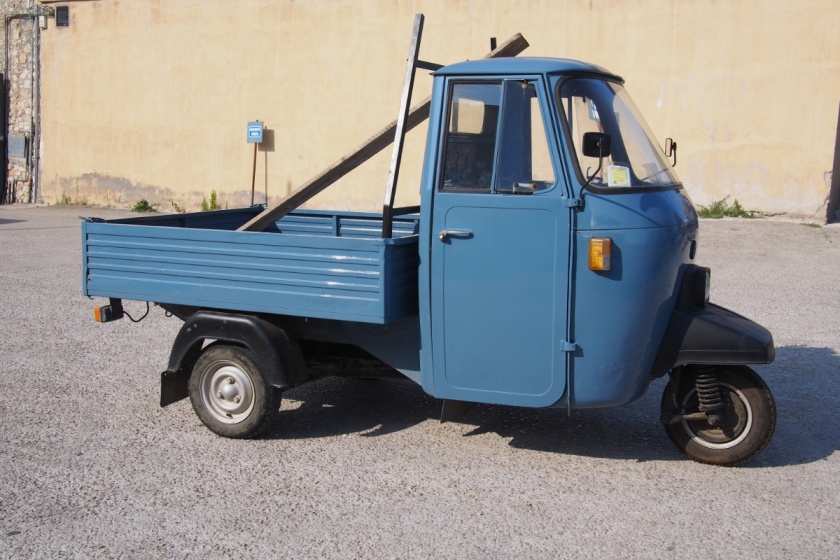 Depending on the model and engine size they can carry between 200-700kgs. Even 200kgs is an impressive feat for the smaller model considering they are still really not much bigger than a scooter or a bike! 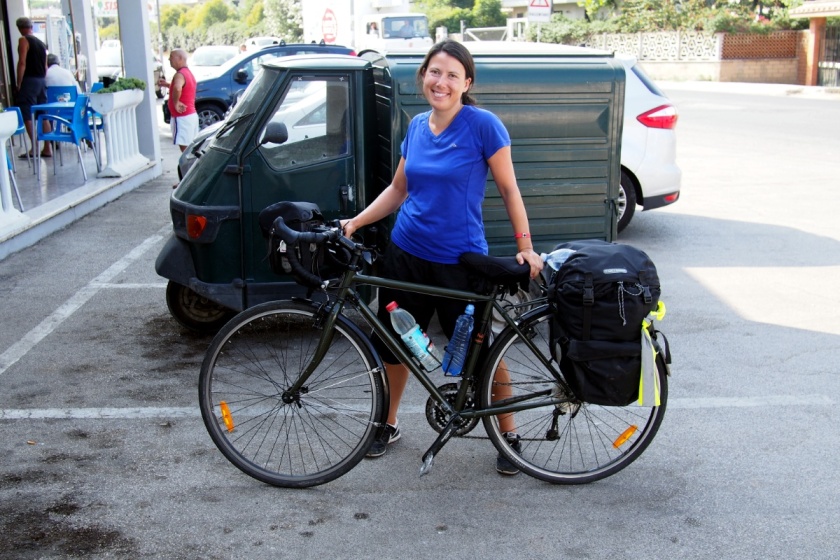 The majority of older Apes seen in the countryside are fitted with the 50cc engine allowing for a blistering 20 mile an hour top speed. 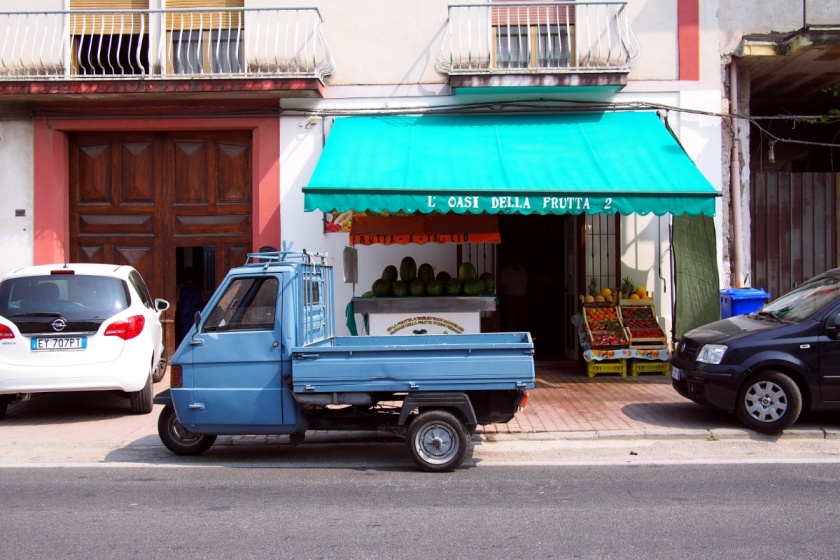 Having such a low top speed may not be the worst idea as safety gear is non-existent and until recent years you could pilot an Ape without a drivers license.

Italy is famed for the Ferrari but to me the uniqueness and time warp nature of the Piaggio Ape makes this little three-wheeler all the more special.  I would however happily take a Ferrari for the weekends.