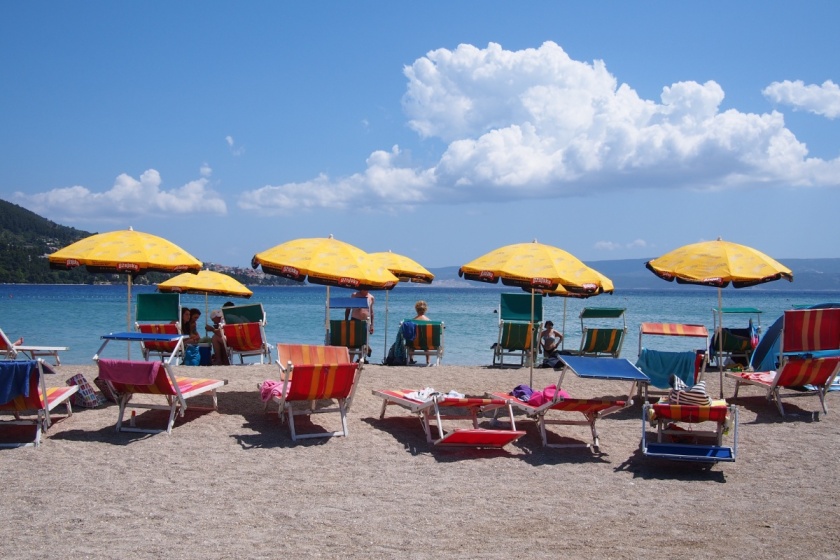 As soon as we rode into Omis, we could tell this place was really unique.  Located approximately 25km below Split, the landscape of Omis looks like it’s right out of the Jurassic Age, surrounded by mountain ranges whose rocky steep slopes rise dramatically behind the town. 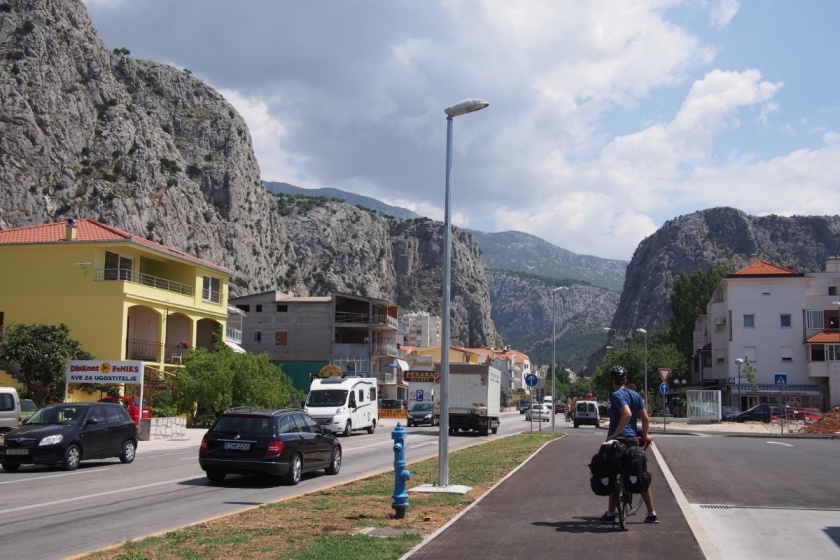 Omis has a very colourful, turbulent and proud history, the most famous being the formidable Omis pirates.  During the Middle Ages, the 12th and 13th century, the city was ruled by their lightweight and fast boats called “Sagitta” (arrows).  Pirates led attacks on the merchant ships and galleys from powerful Dubrovnik, Kotor and Split, demanding tariffs for safe passage.  Because of their succesful attacks they also led two Crusader wars, the last being their defeat and the decline of their power.

Traces of this history still exist with the fortresses of Fortica and Mirabela which can be reached on foot.  With shops and houses narrowly pinched between towering cliffs and sandy beaches, Omis is a town of exceptional beauty. 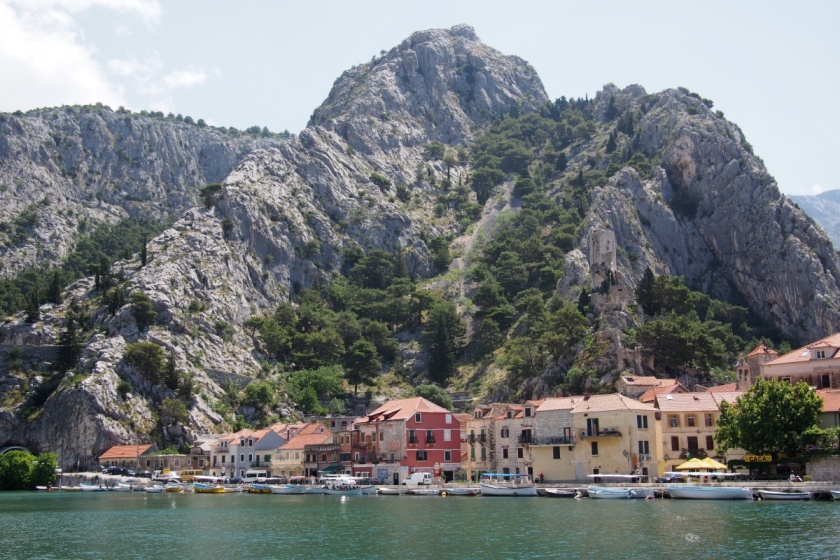 We camped at AutoCamp Lisicina which is tucked right underneath the beginning outcrops of Mosor Mountain.  With free WiFi, a huge common kitchen and a five-minute walk into town this campsite quickly became a favorite. 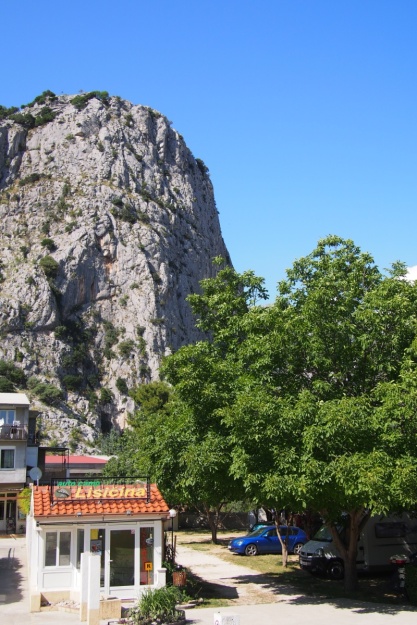 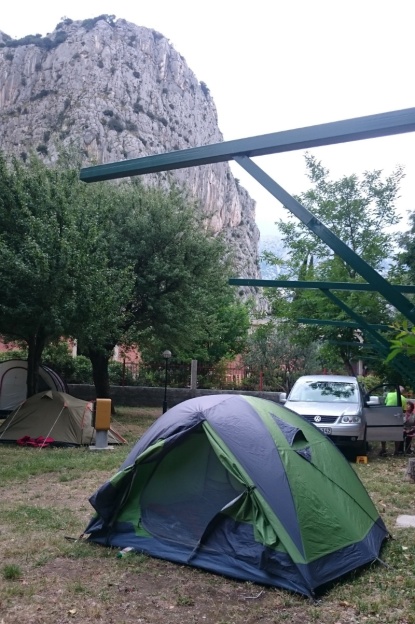 Just behind the camp are a few hikes which zig zag up and over Mosor to neighbouring towns. 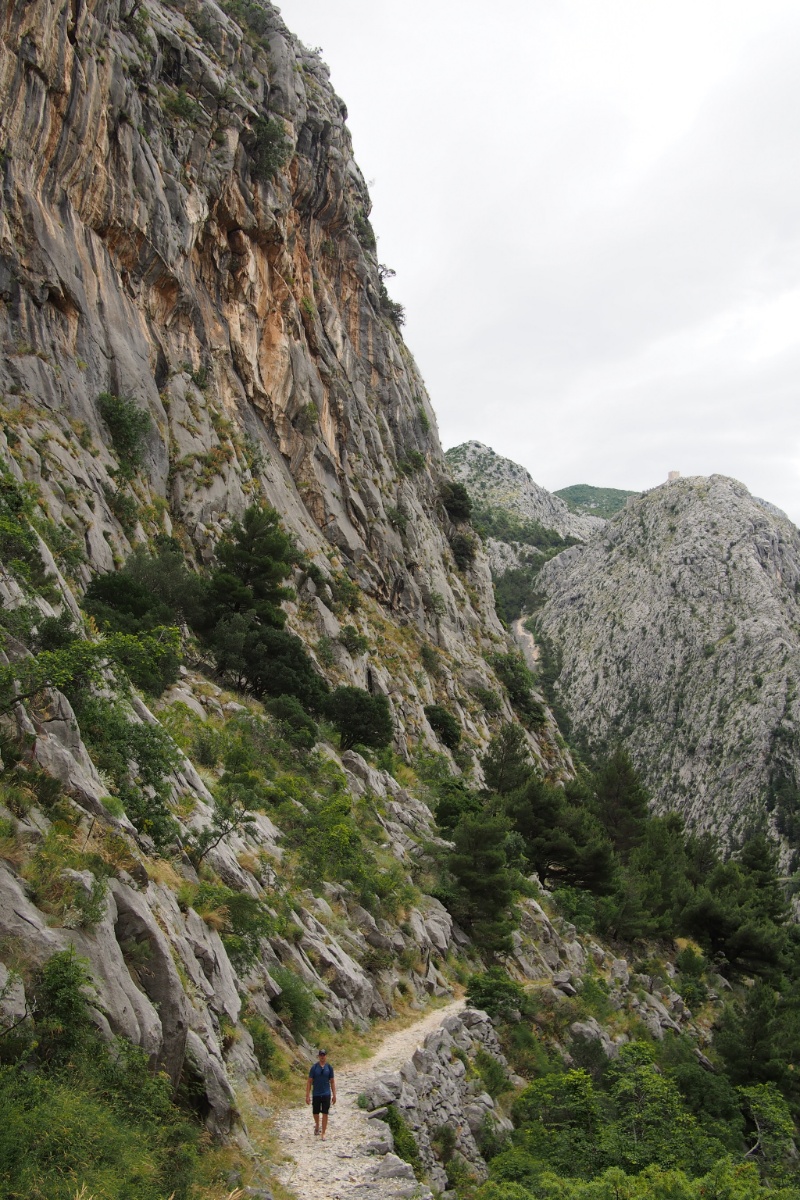 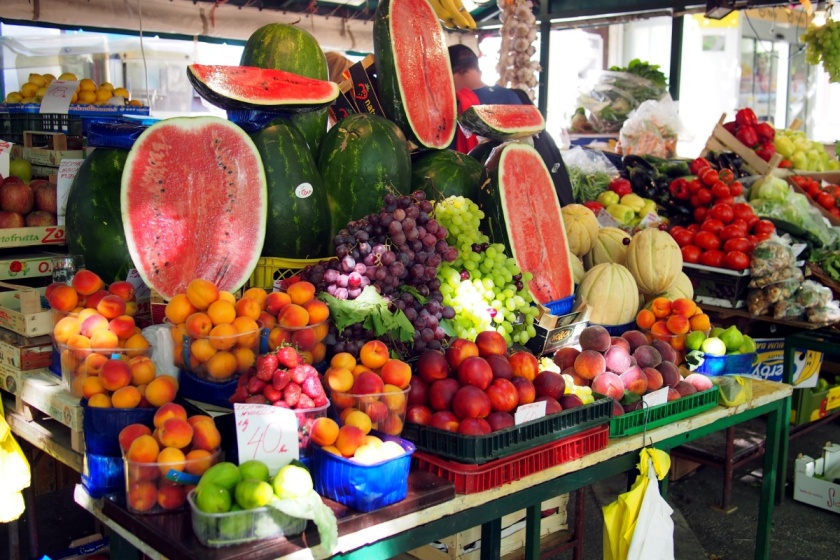 Mostly we spent our time on Velika Plaza (The Big Beach).  The majority of the Croatian shoreline is covered in pebbles and shale (and sea urchins!) and wearing water sandals are a must.  Velika Plaza’s kilometre of soft sand is a welcoming relief allowing you to run and jump straight into the water! 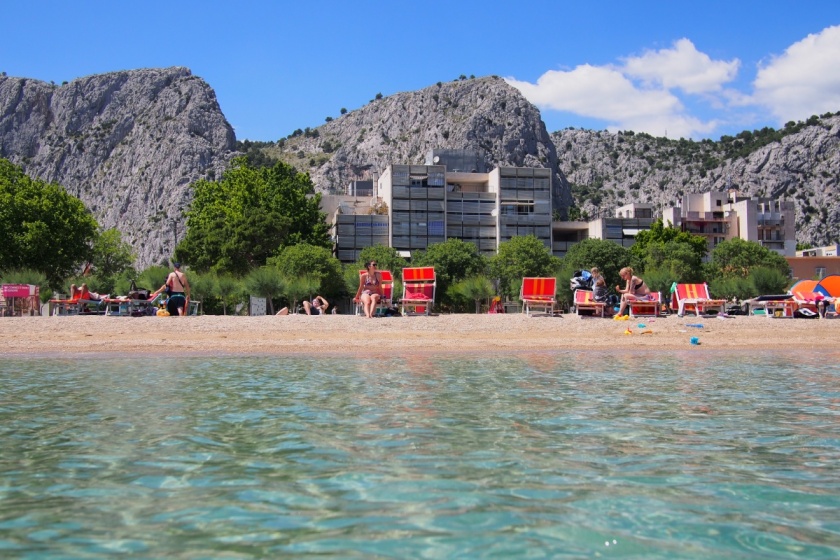 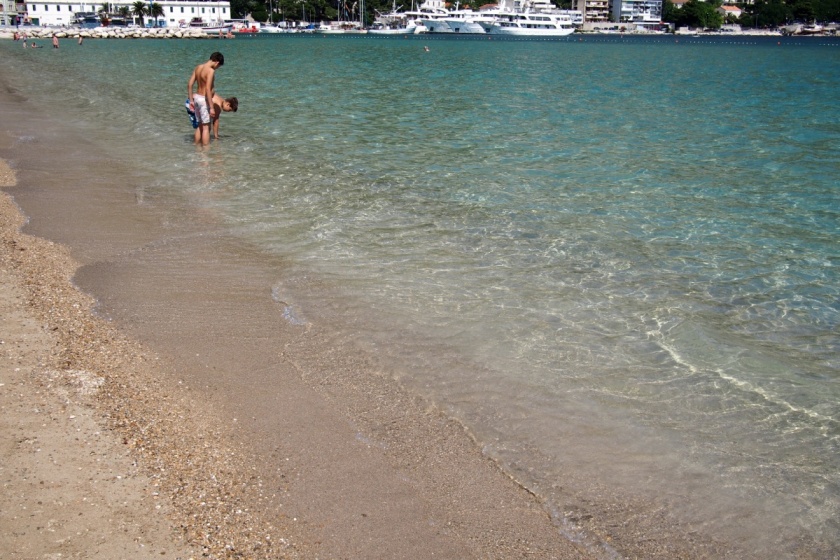 The beach also gives you a panoramic view of the town and a small peek at the mountain range of Biokovo, which stretches for 60km and has the second highest peak in Croatia at 1,762 metres. 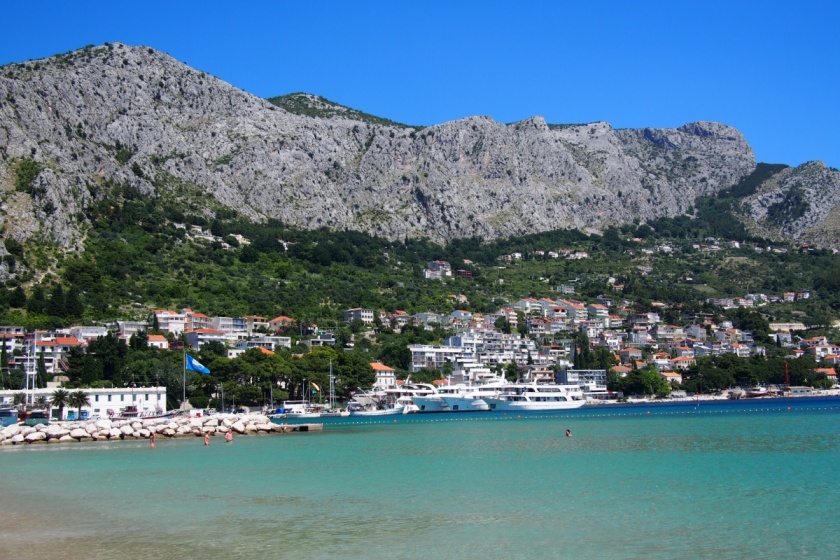 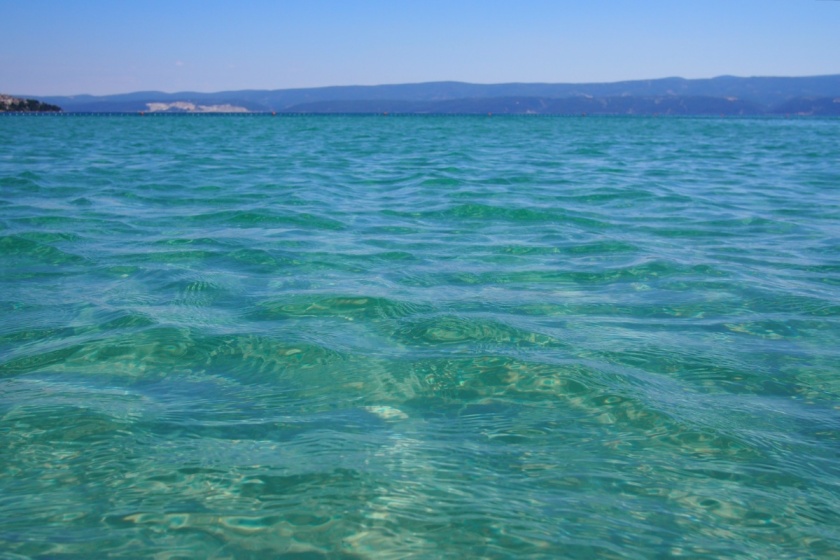 The use of two beach chairs all day was 50kn (€6.60/$10 AUD).  We brought all our snacks and towels ready to bunker down for a whole day of lounging.  The whole town including the beach has free WiFi as well which is so awesome as a traveller. There were a few cheeky pics sent home to wintering Australia from our prime spot by the water. 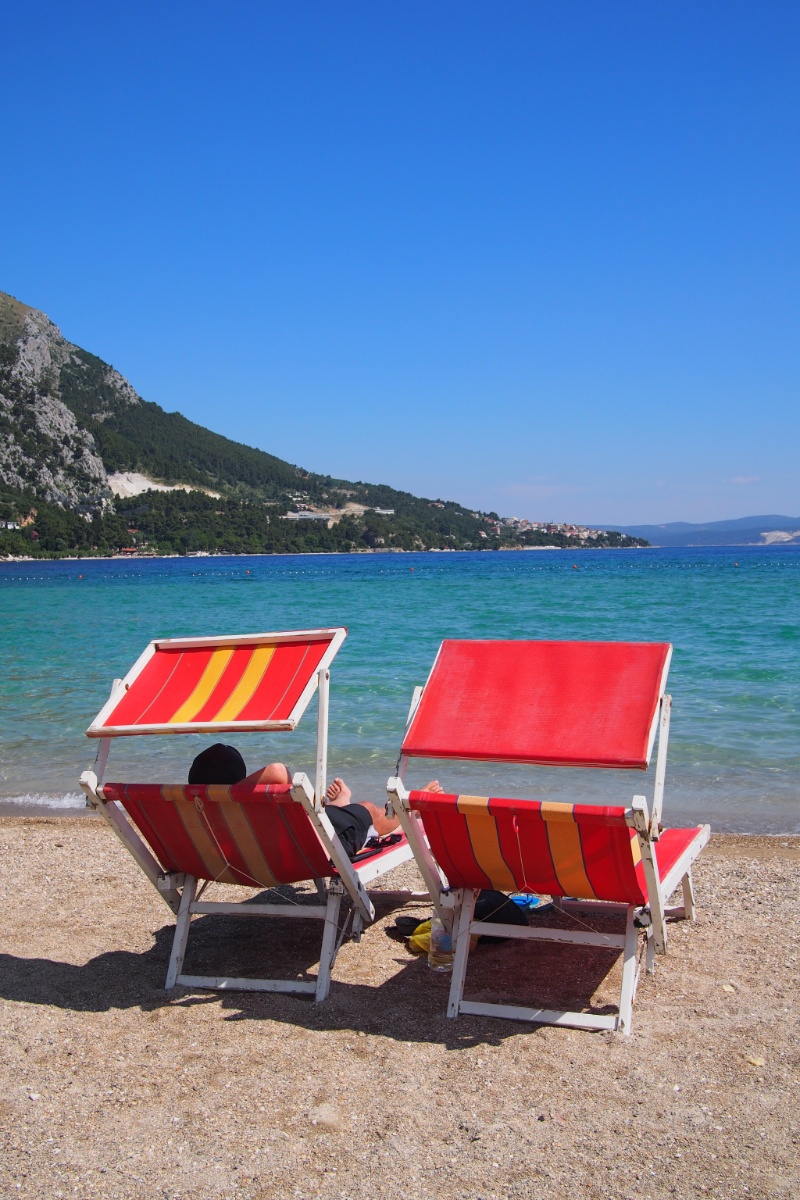 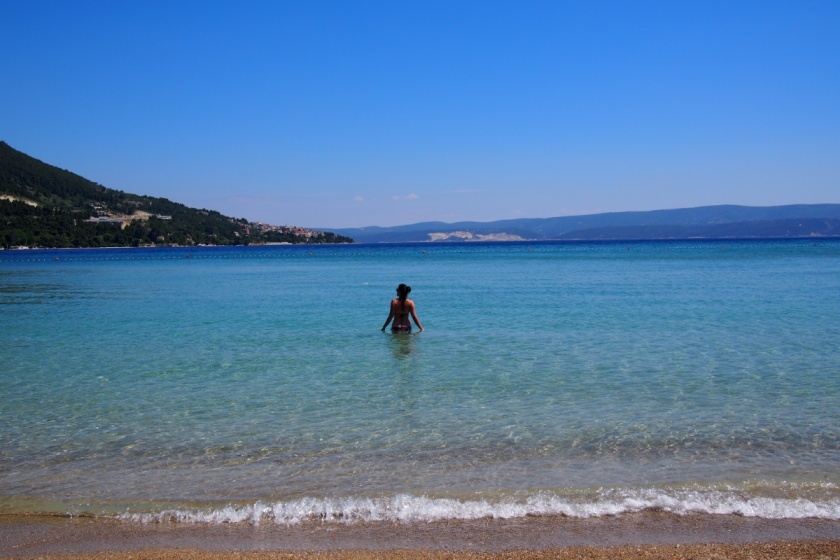 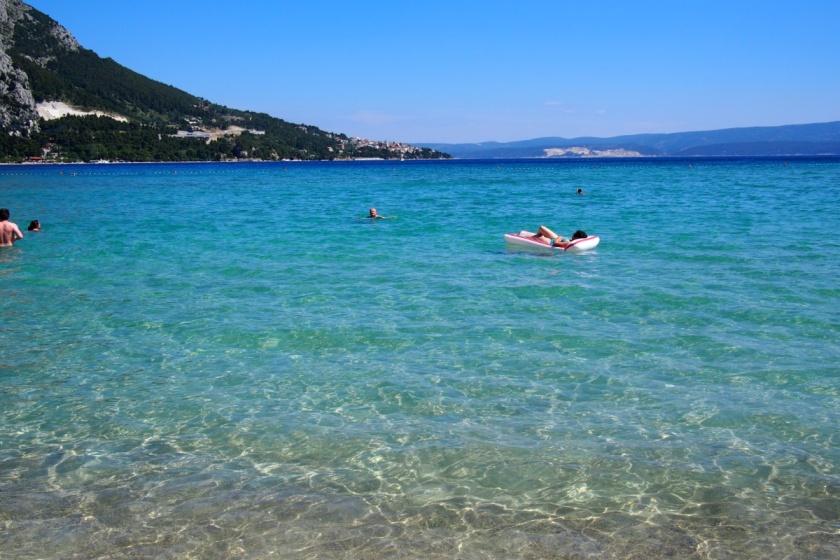 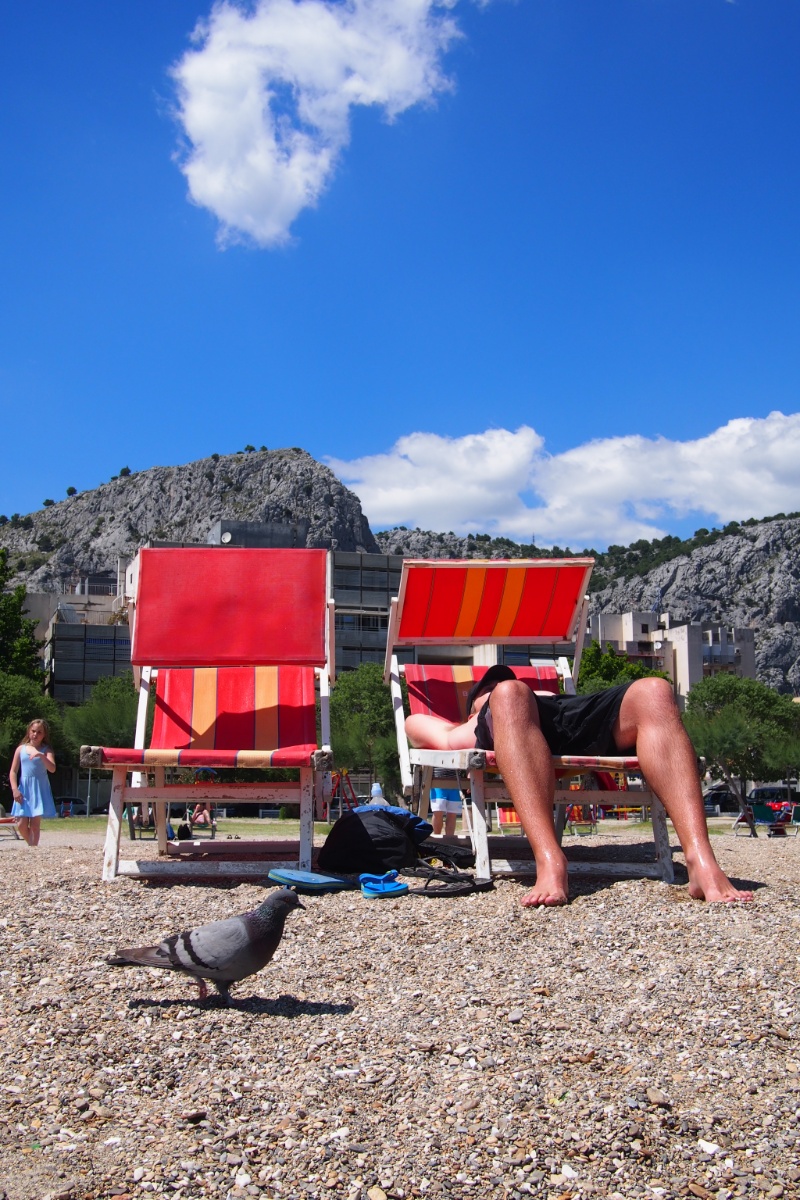 Needless to say we were one of the last groups to leave the beach!