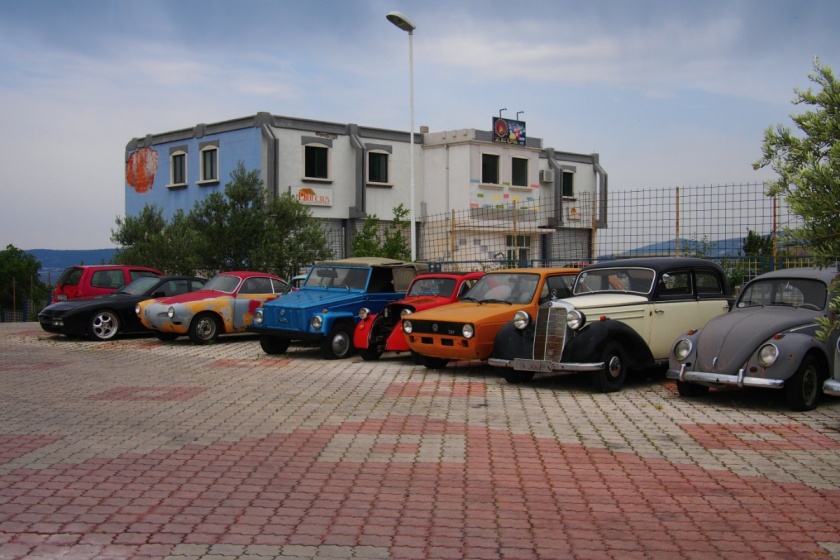 Have you ever seen a more eclectic mix of cars in one spot?  This photo of an instant car collection or giant money pit was taken at a mechanics shop on the Croatian coast near the town of Trogir.

Hidden from view next to the VW Karmann Ghia was a classic BMW Isetta micro car.  See the small handle on the front next to the head light?  That’s the door release which swings the entire front open allowing entry for one pint-sized occupant. 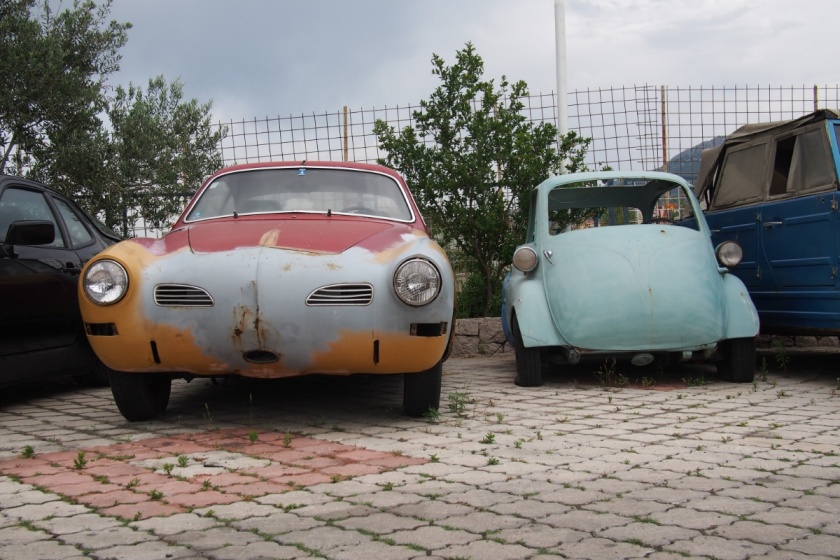 My favourite cars were spotted in yards and wreckers dotted along the coastline. Although always a surprise to stumble upon a field of classic cars it is also sad knowing that this may be their final resting place. The cars sit silently hoping for an enthusiast to rescue and breathe new life into them. 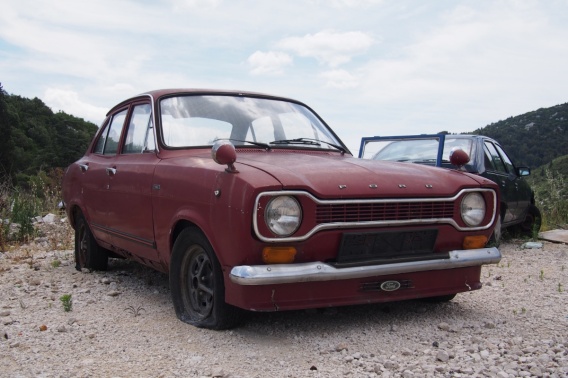 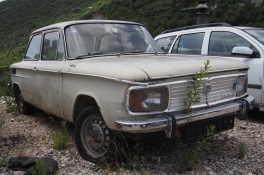 In one wrecking yard, cautiously looking for any signs of an angry guard dog, I spotted an old man with a fine taste in music sitting on his veranda listening to the Black Keys.  I made gestures indicating if it was OK to take photos, He had no idea what I was on about however he let me continue.

One car which we spotted quite regularly was the Renault 4, a car unknown to me but was also built and sold in Australia between 1962 and 1966.

This quirky hatchback, aptly nicknamed by the Columbians as “Amigo Fiel” (Faithful Friend), was built between 1961 right up until 1992, although you would be hard pressed to spot the difference between the years.

The car was designed to be an ‘everyman’s car’.  A car for the city or a farmer, built to compete with the Citroen 2CV. 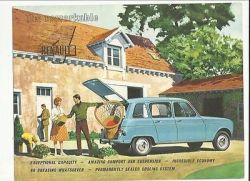 Some can often be found sitting in open fields, seemingly abandoned.

Or kept pride of place, out of the sun under vine-covered carports. 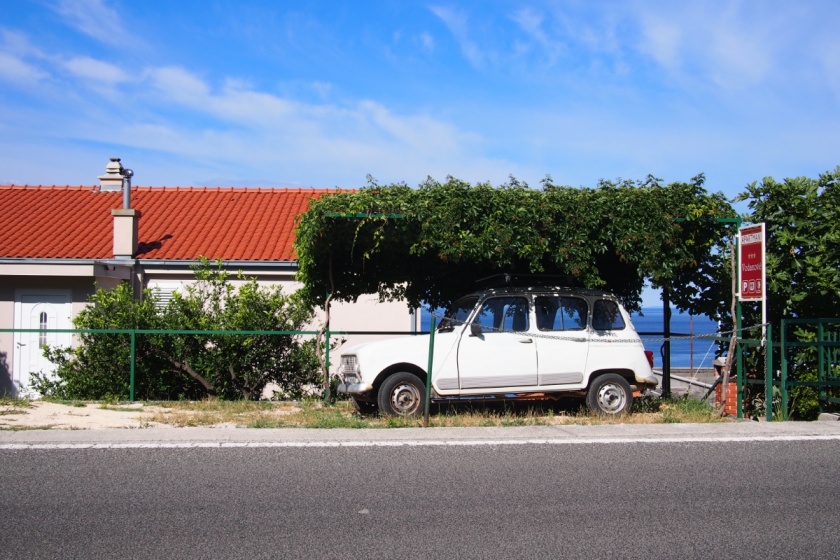 Some people even have a spare parts car.

Being so old many have been repainted with various levels of success. 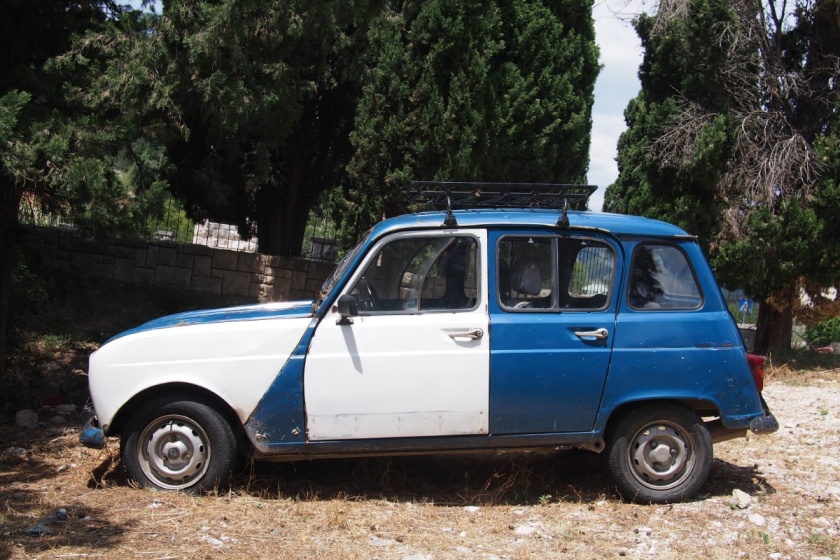 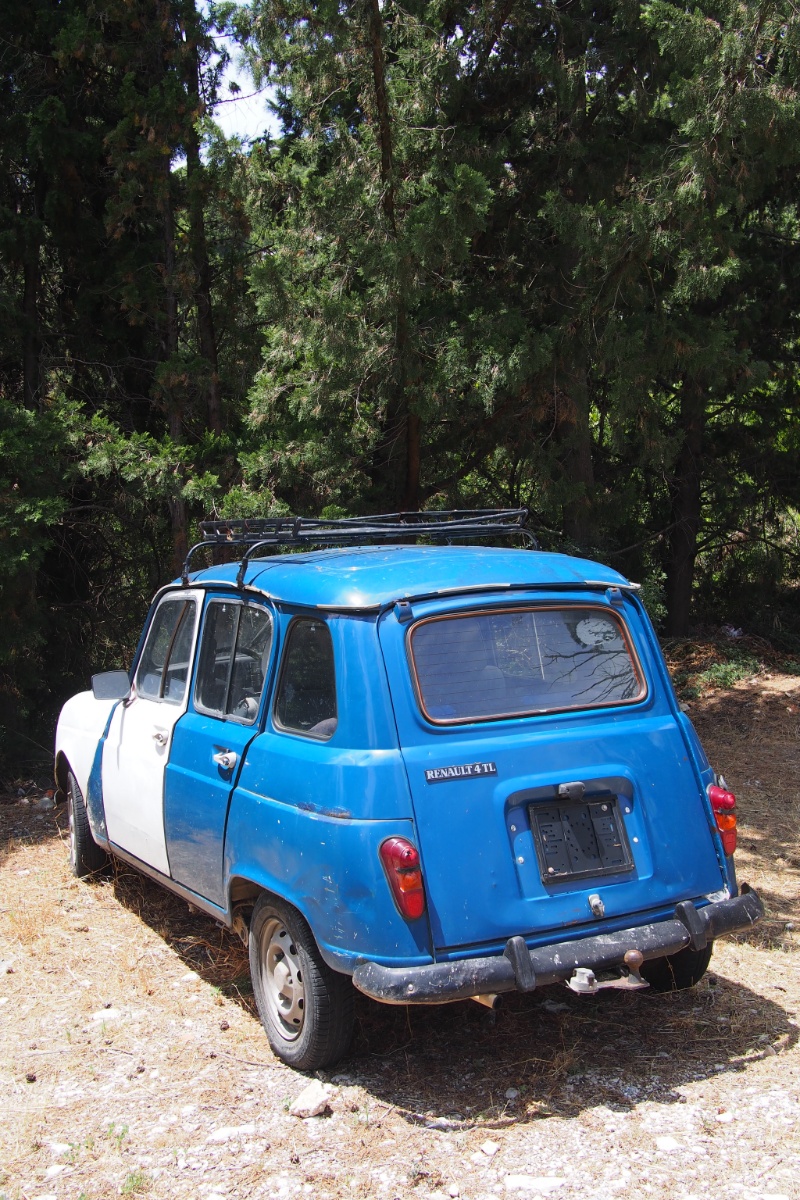 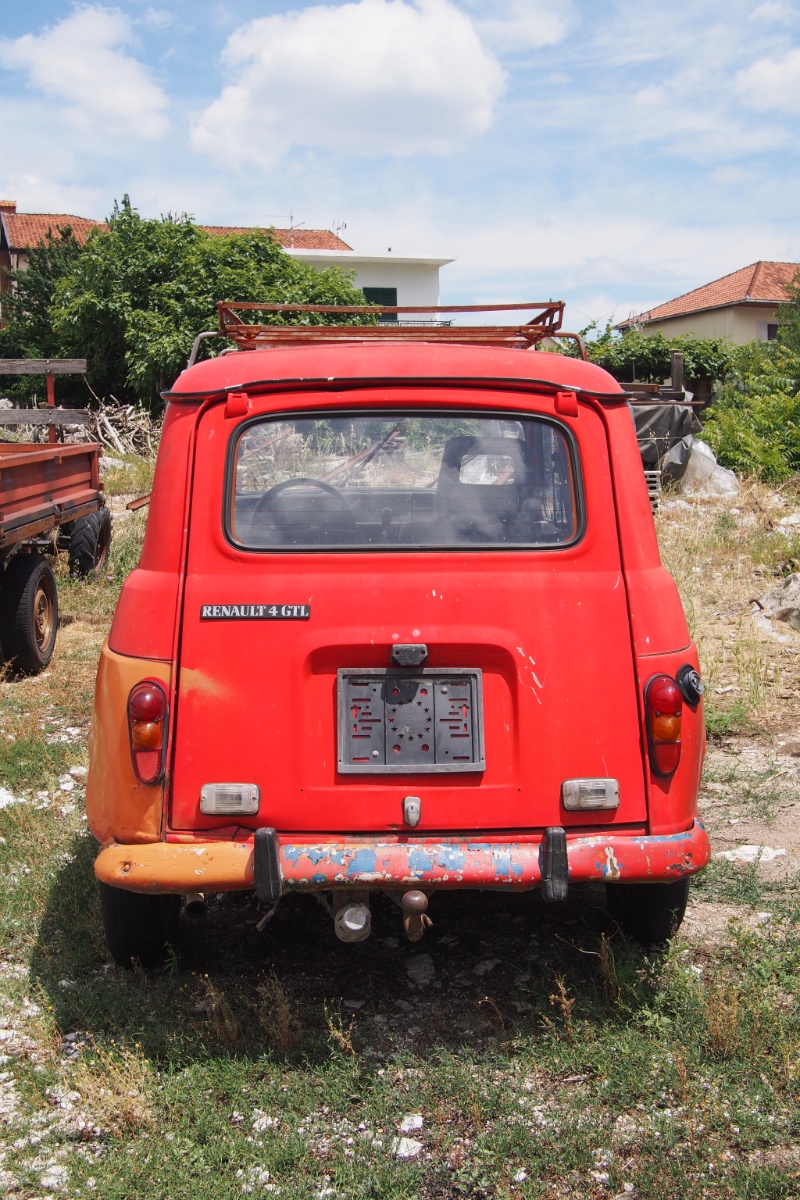 They will generally be showing plenty of body filler patching in dents and rust spots. 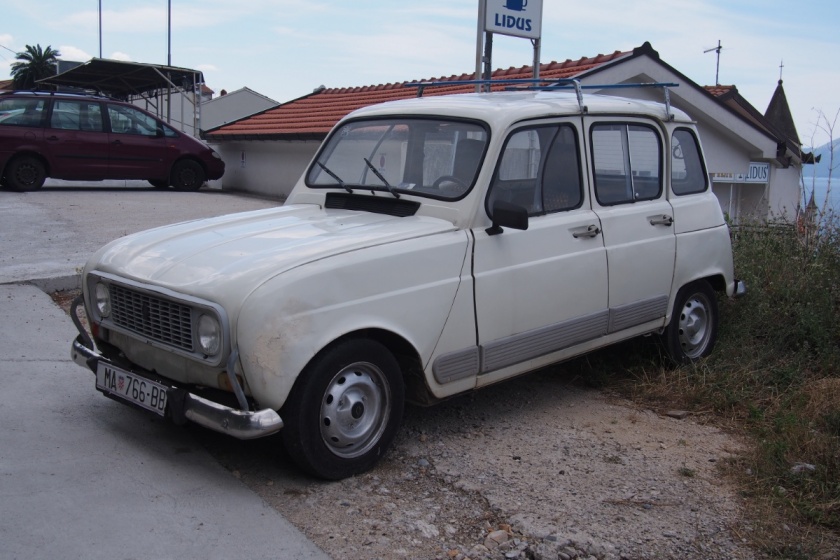 Strangely the most roadworthy looking vehicles seem to be a shade of white or grey. 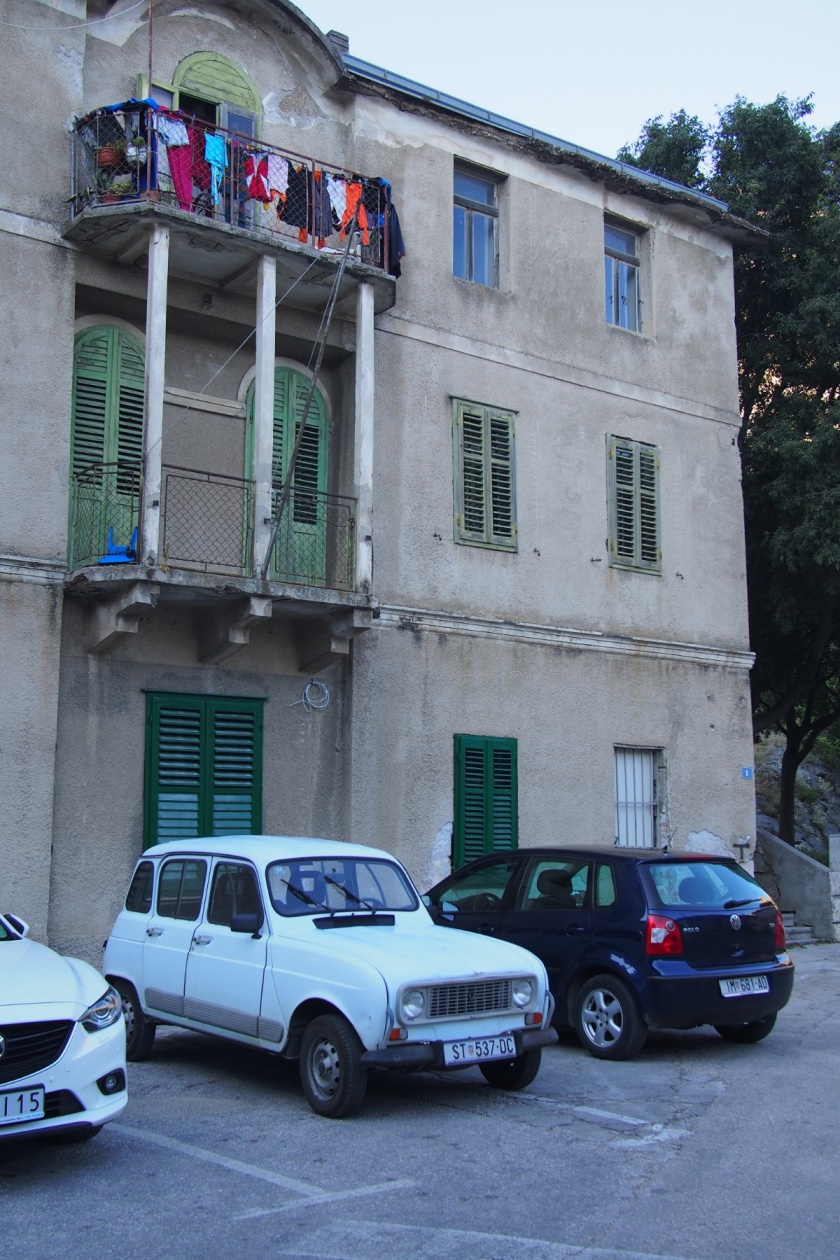 In Croatia these cars can be bought for as little as €200-€1000.  If we ever come back to Croatia I think it will be hard to dissuade me from swapping out the bikes, buying one of these and doing a road trip 2.0 across Europe. 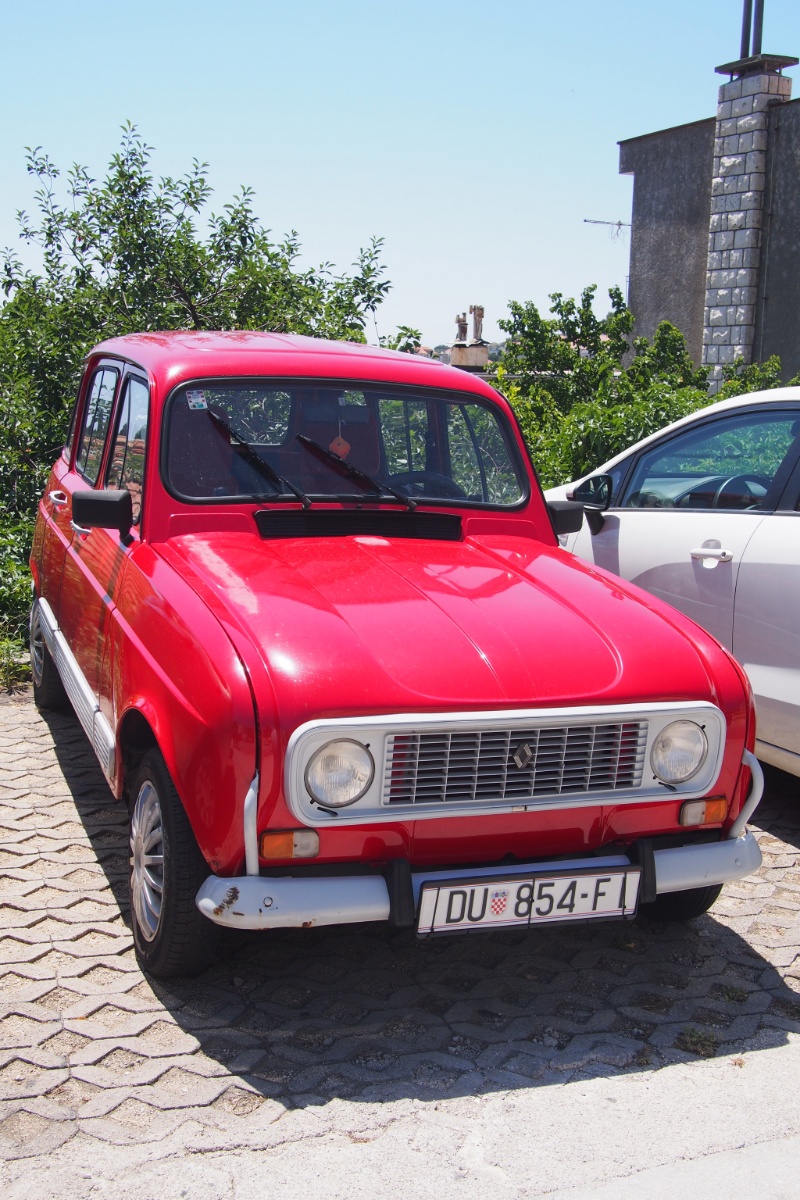