After our epic 125km day of riding we spent the next few days holed up in our AirBnB apartment doing not much more than small, knee-creaking ventures out for groceries and gelato.  We cooked dinners in our tiny galley kitchen, caught up on Game of Thrones and basically moved as little as possible.  After about three days of that we promised that we would make an effort go out and see the city.

Budapest was waiting for us. And she was glorious.

The first thing we walked past was Parliament House with its 691 rooms and 20km of corridors.  The building is so immense it’s impossible to fit it all into a frame.

You’ll have to walk across the bridge over the river and zoom out. 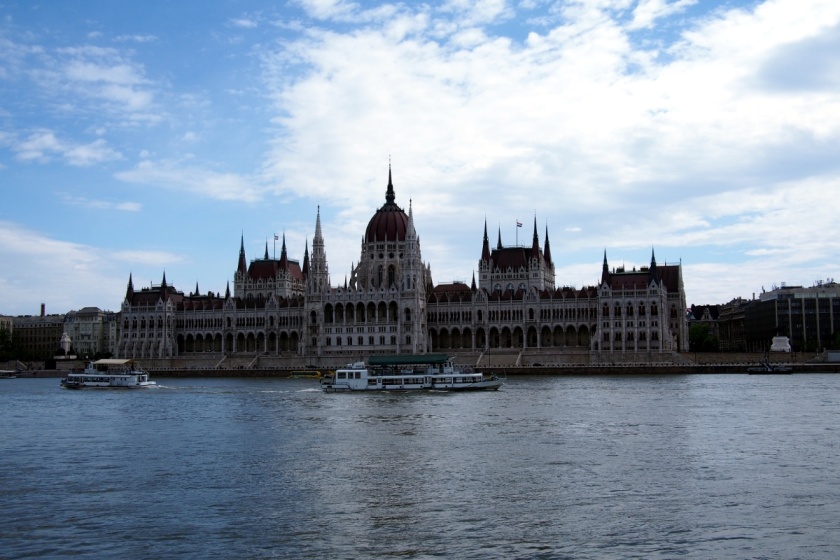 The site is opposite the royal palace to represent the shift of power from royalty to the people.

Now that you’re on the other side you can move on to the graceful two towered Church of St Anne.

It was Sunday and a sermon was in session. We watched as people slowly filed in.

Up towards Castle Hill. We skipped the huge line for the funicular and chose to walk the winding path. 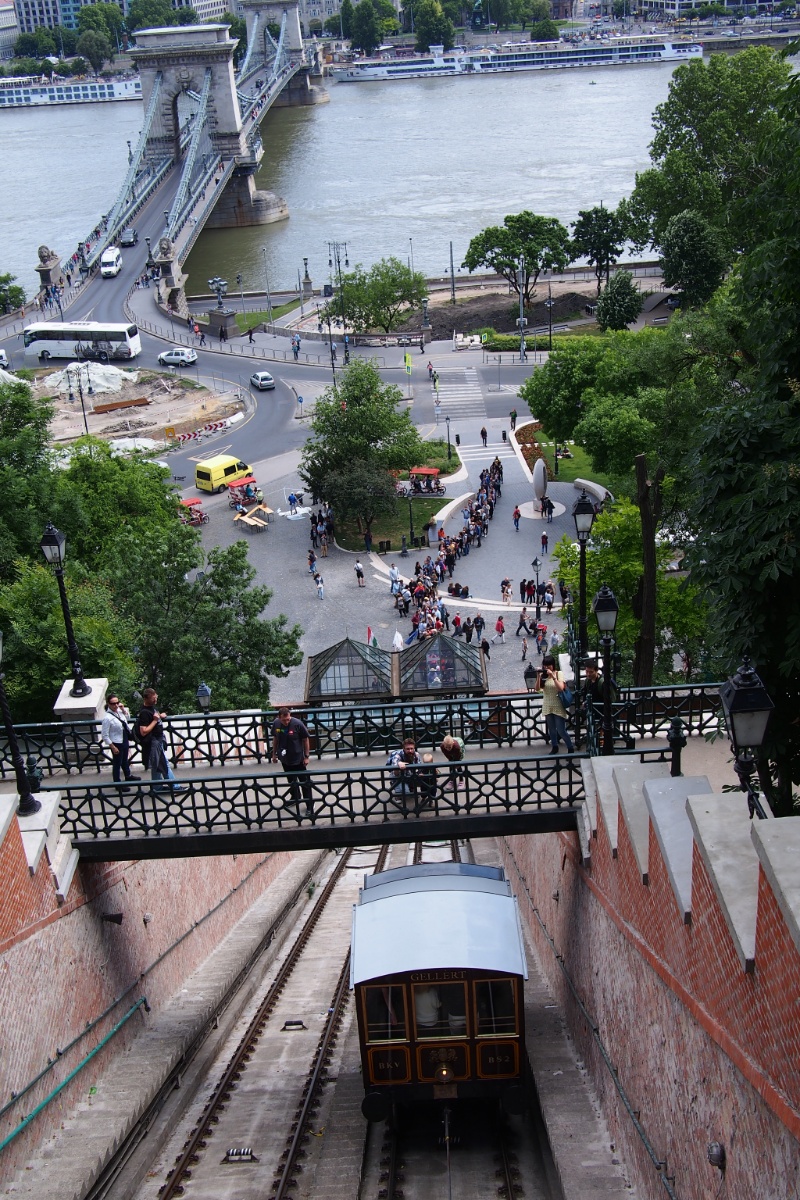 Buda Castle is the historical castle and palace complex of the Hungarian kings in Budapest. The palace is also too enormous to zoom out. You’ll have to satisfy yourself with walking the extensive castle walls and gardens. 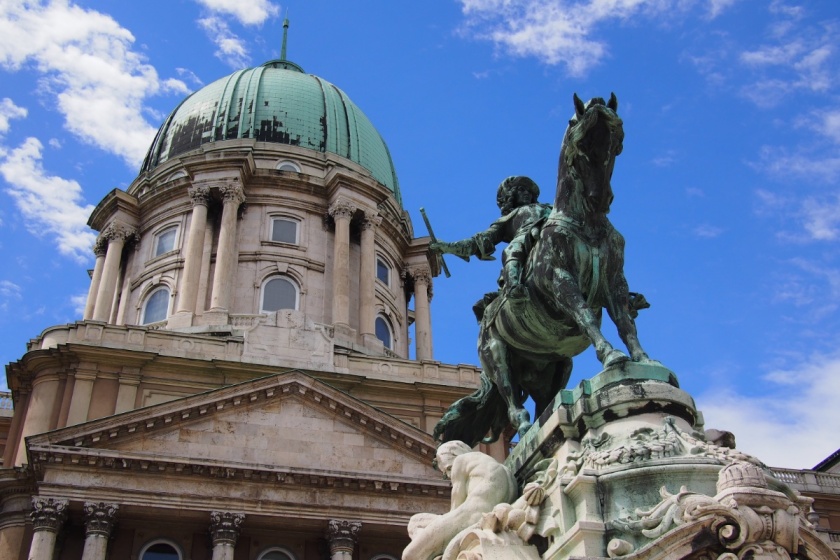 Budapest has a crazy vibrant food scene. All around the streets of Saint Stephen’s Basilica are wine bars, fancy restaurants, burger and mexican joints and white table clothed bistros.

If you’re stuck with the hangeries or indecision, or just looking for an inexpensive place with no frills try the street Október 6. u. One end is side by side cheap eats which are filled with office workers during the day like Hummus Bar and Soup Culture. There is also a traditional Hungarian restaurant Kisharang where we had savoury crepes stuffed with shredded chicken, goulash, spaetzel and homemade raspberry lemonade.  As you walk up this street the places will get fancier and fancier, so definitely return in the evening for some wine bar hopping!

The one place we visited every day was Levendula Artisan Icecream.  With flavours like mint strawberry and chilli chocolate this was the perfect addition for strolling home while the sunset lights the streets with golden hues. 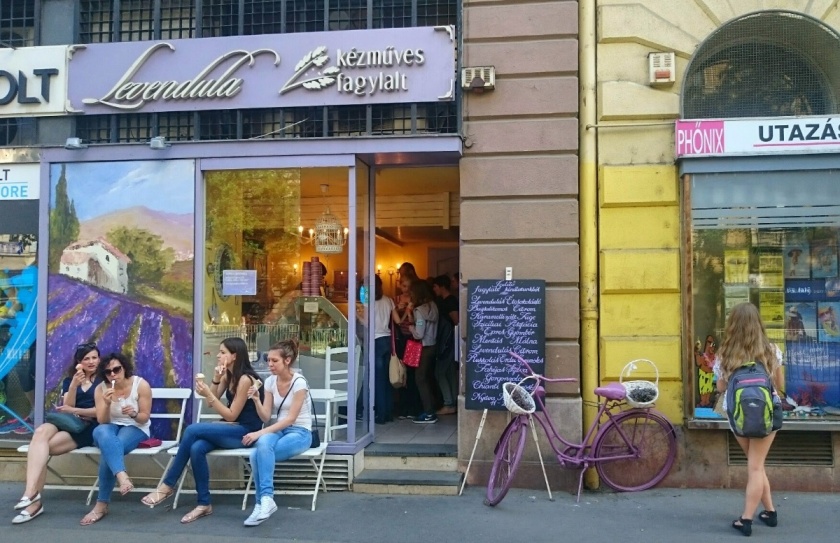