We took a local train to Tabor, about 100km from Prague. Riding on the sidewalk in Prague is illegal and the traffic is crazy busy, so we didn’t feel comfortable riding side by side with all the peak hour vehicles. Tabor is a popular start to the Greenways Cycle Route, which takes you from Prague to Vienna. When we got off the train we encountered something we hadn’t done yet: Hills! And plenty of them. Our gears were getting a good workout. Our bikes crawled up the long stretches on the smallest granny gear to be then rewarded by the descents. The bike tracks/pedestrian paths became non-existent and we were riding on the road for a good amount of time. There was no shoulder but the drivers were very thoughtful and gave us as much room as possible. 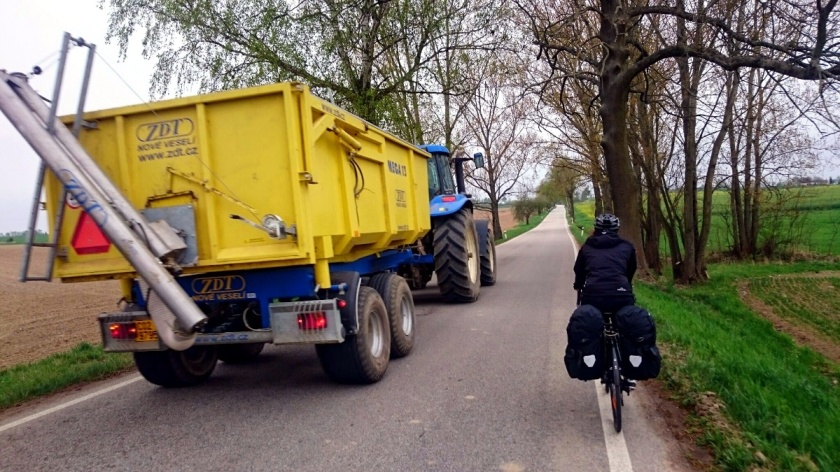 To try and get off the roads we used mountain bike trails (Or fishermen trails?) as much as we could, going slow and steady right next to the riverbanks.

We camped at two places. First at a small family run place where we were the only campers, tent or camper van. 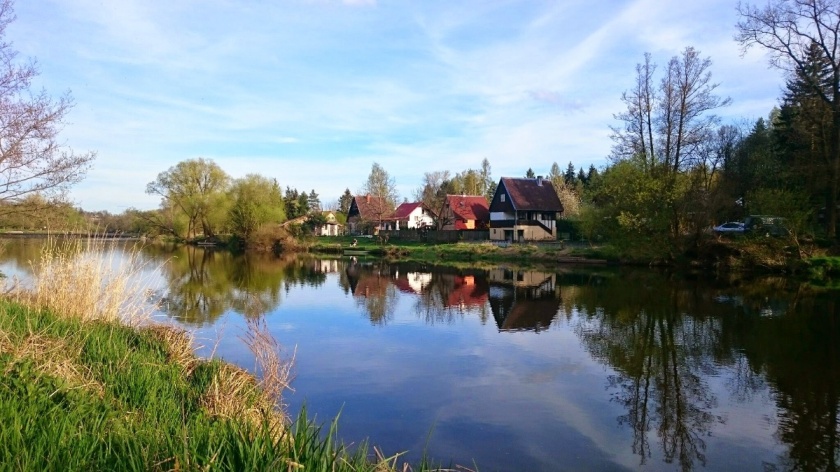 We had the whole field to ourselves which was actually very peaceful. I skipped a shower as the owner was using the bathroom to dry a crop of garlic. 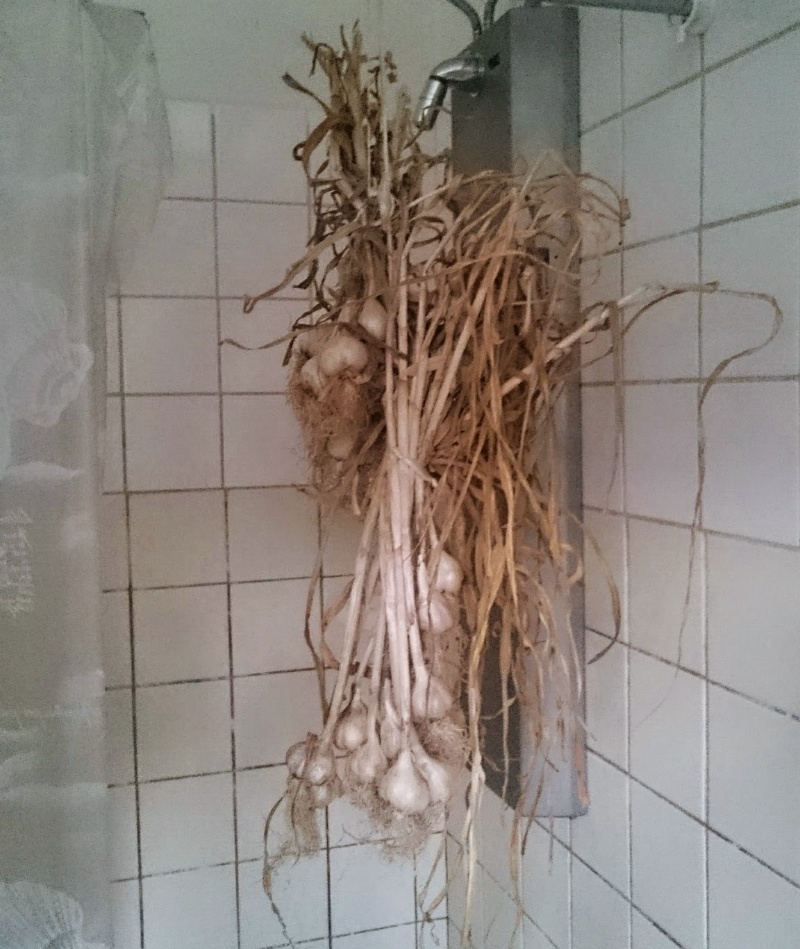 Off to the next place. We were the only campers again and the toilets and showers were out of action due to a very large and imposing padlock and the disappearance of anyone to ask. There was quite a bit of nature peeing that night, which I don’t have an issue with, I just don’t want to pay for the ‘privilege’.

As terrible as the campsite was, the pub in town served really awesome food which we were very grateful for. Cleave had grilled chicken and vegetables and I had bratwurst and mash. I think mine came out fancier than Cleave’s.

Leaving as fast as we could the next morning we flew down the roads, thinking we could beat the traffic and therefore gain some distance.

That plan worked for quite a while and we even flew down a 5km hill at 50km/hr. Then we hit the mother of all roundabouts. This had five exits and entries and three lanes going round full of every truck imaginable. We nervously paused off the shoulder waiting for a break. Soon enough there was a crack between traffic. Holding our breath we frantically pedaled signaling with our hands left and then exiting right. Go go go! We made it! And what did we see ahead?

A bike path! A sweet amazing sight of concrete perfectness.