We got off the City Night Line train at Prague Central station at 10am. Our host Ondrej was meeting us on his bike to show us the way.

We had organised in advance an AirBnB studio apartment for one whole week. A kitchen, a bathroom, a washing machine – so exciting!  There was a tiny lift so it took us three trips to get everything to the fifth floor, luggage and then the bikes held vertical each.

Our suburb had a great pizza place, Thai place, and a local Wednesday market. We basically played house all week with mornings of porridge and tea, and catching up online. The afternoons were spent walking all over the gorgeous city. We usually would eat two meals at home and one out. It’s pretty fun to eat in as grocery stores are a novelty with all the different brands and produce and the massive alcohol sections are hilarious. 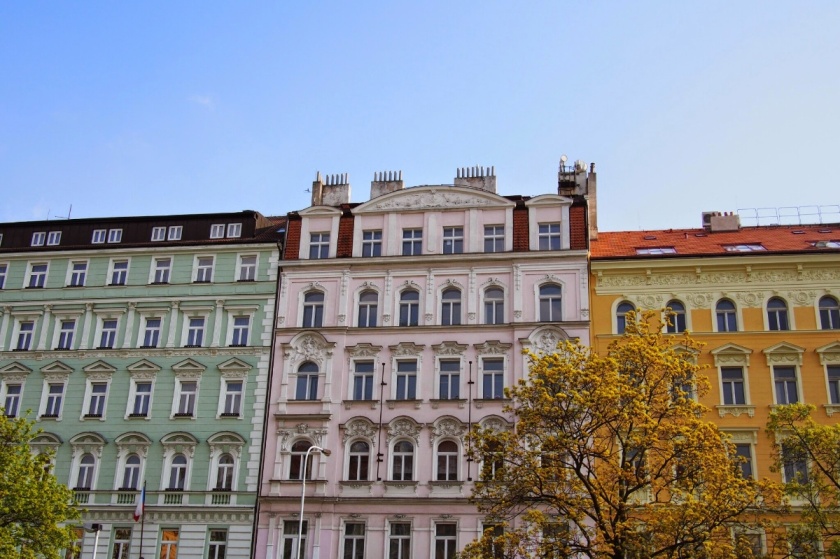 Old Town Square was full of three things: tourists, touts and tat. It was an assault on the senses with a side of Disney with all the crowds and fairytale buildings. 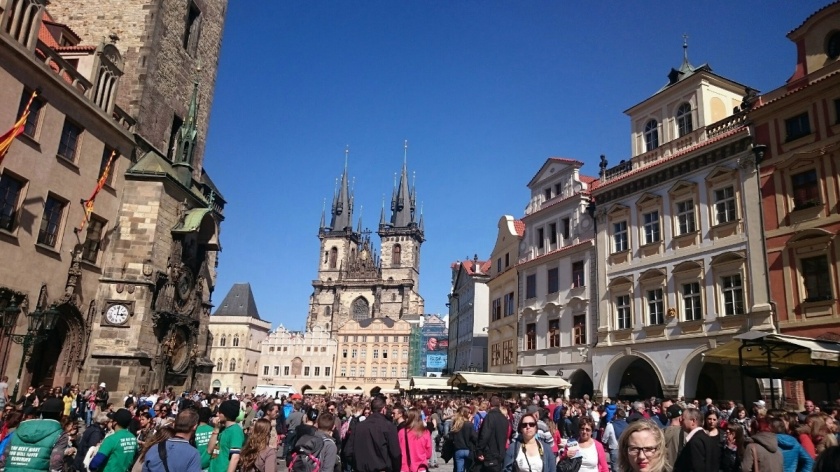 My favorite were the Segway touts who would interchange with spinning in circles or lounging on their handlebars. There was not much chasing for business. 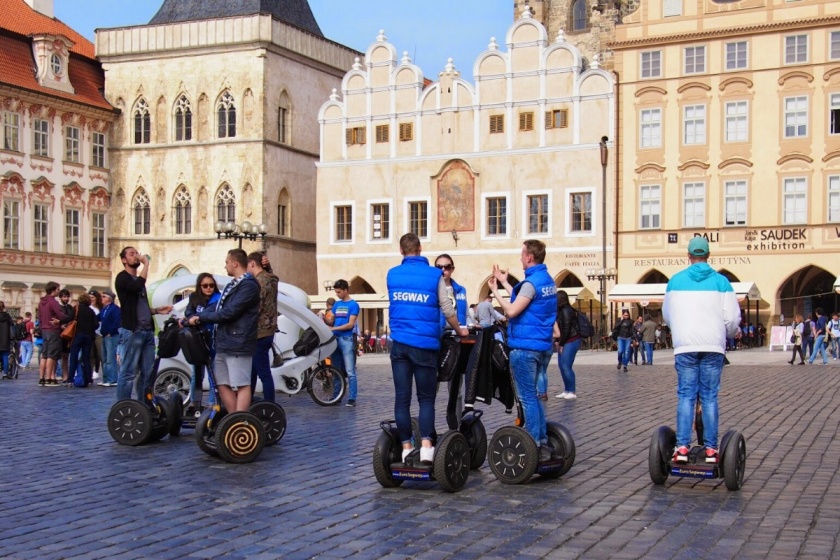 It was hilarious to witness the massive crowds and then quickly duck into a side alley to avoid it completely. For the whole week we avoided it unless it was late in the day when the crowds had dispersed.

Vysehard Fortress was right down our street and became our favourite way to get into town, walking along the enormous fortress walls with greenery and stunning uninterrupted panoramas of Prague. The beer garden and grill was pretty good too. 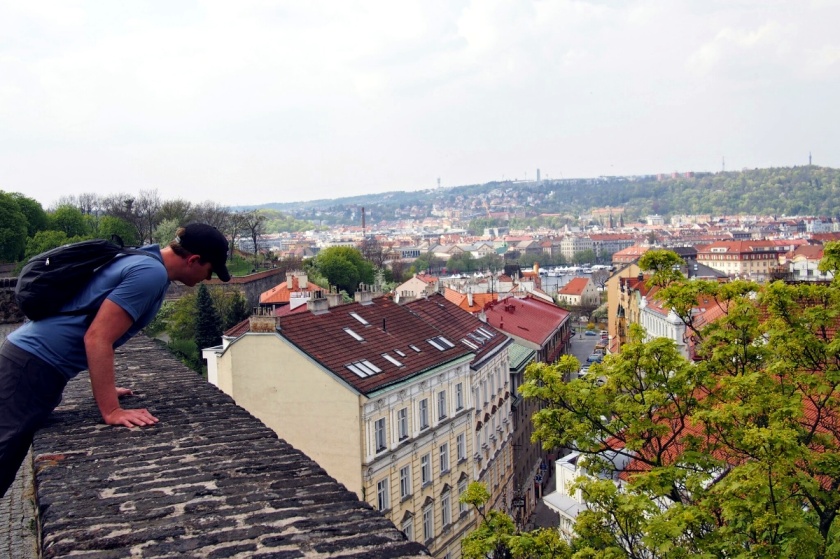 This year was the Anzac Day Centenary, the 100th anniversary of the Anzac landings at Gallipoli in 1915, the first major military action fought by Australian and New Zealand forces during the First World War and the horrific casualties on all sides. Today Anzac Day goes beyond the anniversary of the landing and now celebrates the spirit of Anzac: of courage, mateship and sacrifice, and also pays respect to all Australians and New Zealanders serving their countries.

A little nostalgic for home we searched online to see if there was anything happening in Prague. CANZA, the Czech Australian New Zealand Association, was holding an official ceremony at Olsany Cemetery which is the largest cemetery in the Czech Republic established in 1680 and covers 50 hectares. Olsany has a Commonwealth Graves section, and here lie 16 Anzac soldiers, 14 New Zealand and 2 Australians, who had died as prisoners of war or escapees in Germany or the Czech Republic. More information on these men can be found in a beautiful photo essay by New Zealander living in Prague, Nigel Robinson here.

Because it was the Centenary the Czech Army had also volunteered their brass band who played quite a few songs including the three national anthems and the Last Post.

A Czech soldier stood at attention by each Anzac grave, 16 in all, for the entirety of the ceremony, finishing with a simple placing of a wreath and salute for the Last Post. It was a very sweet ceremony and quite moving to find how respectful and thoughtful the Czech military were to a small group of about 50 expats and visitors so far from home.

CANZA had provided a courtesy bus from the ceremony to a huge BBQ on the river back near the centre of town.  It was so much fun to hang out with a huge group of expats and chat about how they got to living in Prague. There were international teachers, companies, tour guides and others. We had a ball and spent the afternoon hanging out on the riverbank drinking beer and eating homemade Anzac biscuits!