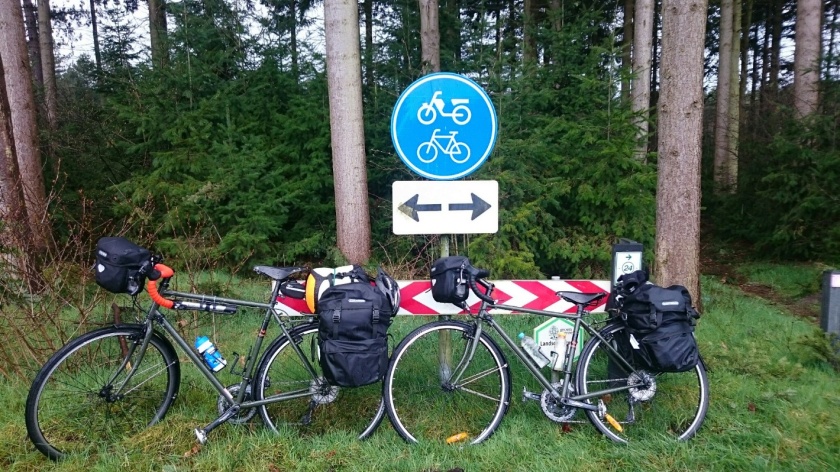 As we have now officially survived one month on the road here is a snapshot of what we have learnt as first time bike tourers to date.

Learnings on the Road

–  It is possible to travel around Europe on $50 AUD per day per person.  Our expenses so far have averaged out at $100 per day however we can half this amount when camping.  Considering we spent more time in hotels than camping due to bad weather early in the trip we were quite surprised with this result.

–  You do not need to carry a lot of gear.  We have a few luxuries such as  extra-large towels and a three-man tent but we don’t need front panniers yet.  (The joke may be on us when we realise something critical missing from the gear in the next month.)

–  Whilst camping in March/April it is highly likely that you will be the only non-campervan/motorhome or have the whole campsite to yourselves. It’s called low season for a reason. 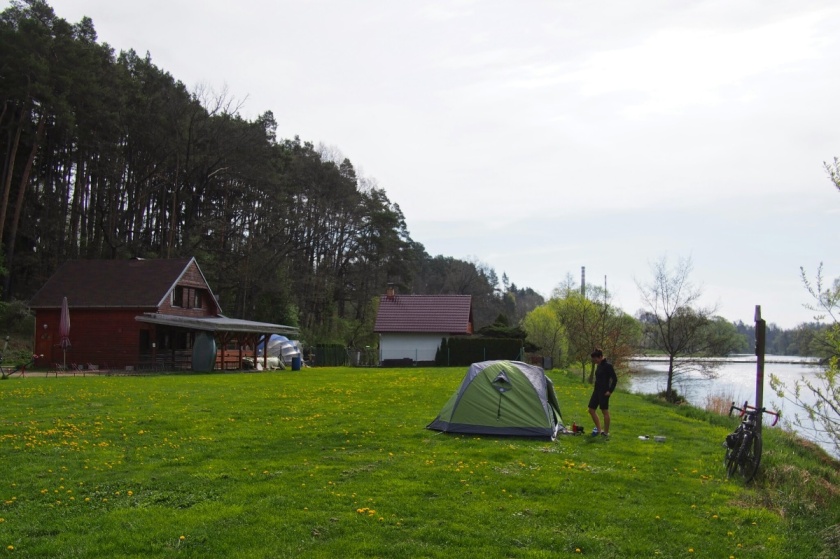 –  It’s worth buying good gear. That’s if you intend to share a tent as a happily married couple as you may be without a washing machine for many weeks.  Some of our everyday gear is infused with anti-bacterial science which prevents clothing from smelling.

–  It’s not all windmills and lakes when riding.  We have seen more industrial estates than we care to mention. We have even narrowly avoided riding several kilometers through a petroleum plant thanks to some well headed advice from a local.

–  Beer is cheaper than water and almost any other beverage in the EU.  It is both amazing and dangerous for someone who is used to paying up to $9AUD for a beer in a Sydney small bar and sitting on a milk crate for the privilege.

–  It’s great to have music.  Especially to get us through the last few kms of a days riding when it has been raining non-stop.  There really is nothing like blasting some Rage Against the Machine as we roll into a quaint hillside village, announcing the arrival of the first tourists of the season.

–  Anywhere you go there will always be dirt roads.  Although our bikes are essentially heavy road bikes we have seen plenty of kms on dirt, grass, mud and gravel.  It may be better to have wider tires to deal with this however going slow and steady on these roads has resulted in only one puncture.

– To date it has been always equal or cheaper for two people to stay in half decent hotel in a twin share room than it is to stay in a hostel dorm room.  Hence why we have not stayed in any. 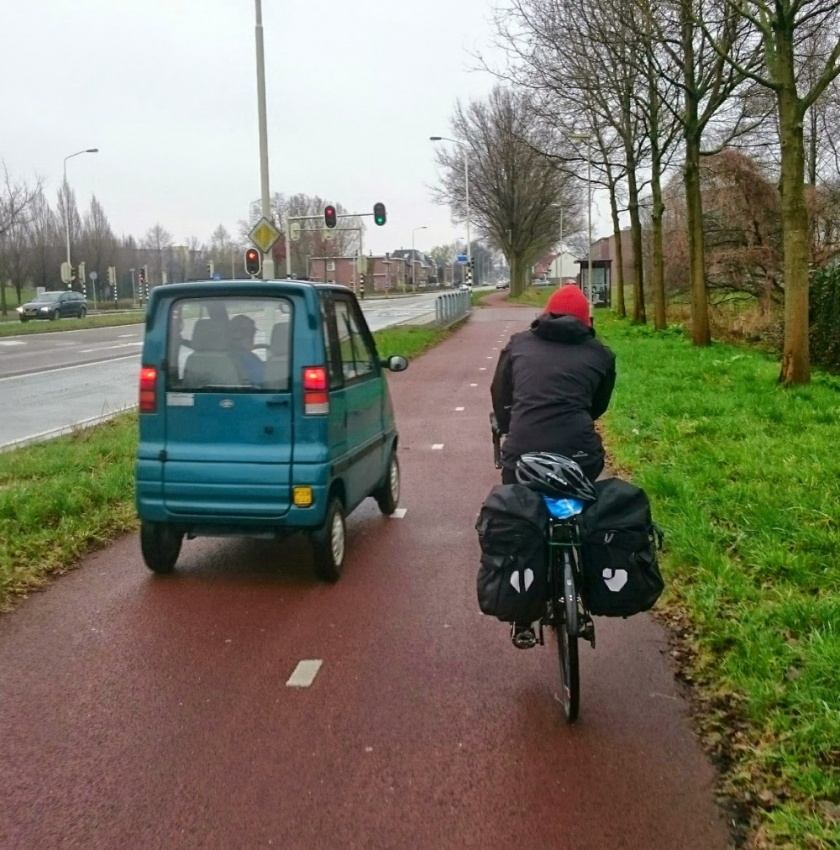 –  For the love of God do not trust the temperature ratings on your sleeping bag if it is more than a few years old.  Only recently a more standardised rating system was put in place between manufacturers. Our sleeping bags have a “comfort rating” of 5°, and even with multiple layers of clothing, including our rain gear, it felt like we were in the Arctic at these temps.

–  When it is cold it is probably not wise to set up your tent right on the waters edge.  It tends to be the coldest spot at the site with the cold air flowing off the water.  Great for photos though once you defrost.

–  Not checking the bikes over more regularly.  If so I could have avoided having the tread on the front tyres for both bikes facing the wrong way or my entire rear rack leaping off the back of my bike, pannier bags and all.