Following the Rhine all the way to Frankfurt, we did 170km in three days.  It was awesome riding but not without it’s downfalls. We had been having quite a few of kilometers on gravel, dirt and uneven paths and bolts and bits were shaking loose. 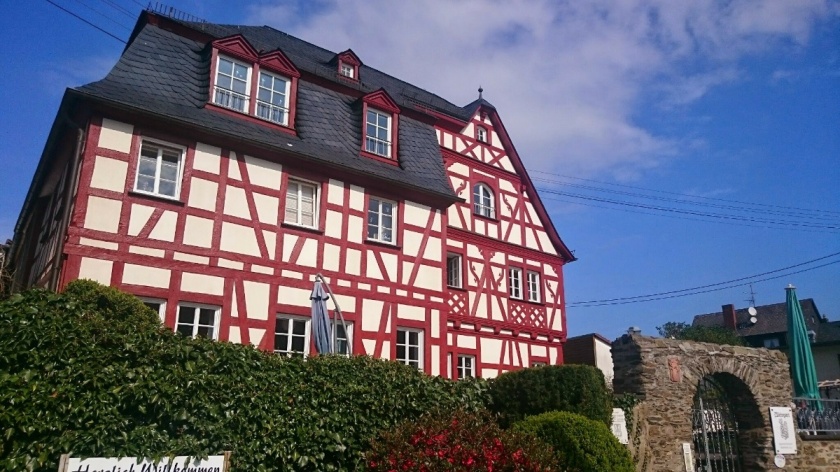 At the beginning it seemed everything was happening to Cleave.  After a very rocky river stretch he got the first puncture.  Punctures are to be expected, and we were prepared for that.  We set up under a tree, changed the inner tube for a new one, and waited to fix the hole when we got settled into camp.

A couple of hours later we were in some back roads where the bitumen was cracked and raised.  There was a loud thunk.  Cleave’s pannier rack had shook free from its bolts, dumping the entire rack on the ground and scraping a hole in one of the bags.

Pulling out the tools again it was luckily an easy fix, just taking the join apart and bolting it tighter back together.

The path began to run parallel to freeways and factories, with traffic at 130km/hr just a few meters from us.  Feeling a little skittish, we waited at the lights to cross a 6 lane intersection.  I was in the middle of crossing when the lights changed back and the car next to me revved it’s engine.  Jumping in surprise I wrenched the handlebars, going straight over with 30kgs of bike and bags landing on top of me.  Cleave helped lift the bike off me and hobbling off to the side I was fine, just a bunch of scrapes and bruises.  I found out later that my tablet was the only thing that didn’t survive, the screen had cracked, never to light up again.  Boo!

As a consolation though our next set of campsites were amazing.  Loreley Blick Campingplatz was right on the bend of the Rhine with free hot showers.  Heaven.

And Inselrhein had its own pizza and beer garden complete with hammocks.  It was pretty good to put our feet up!