50km away was our next stop Venlo and we were on a pretty good run when we came across a windmill.  But it wasn’t the windmill that stopped us, it was the albino emu. 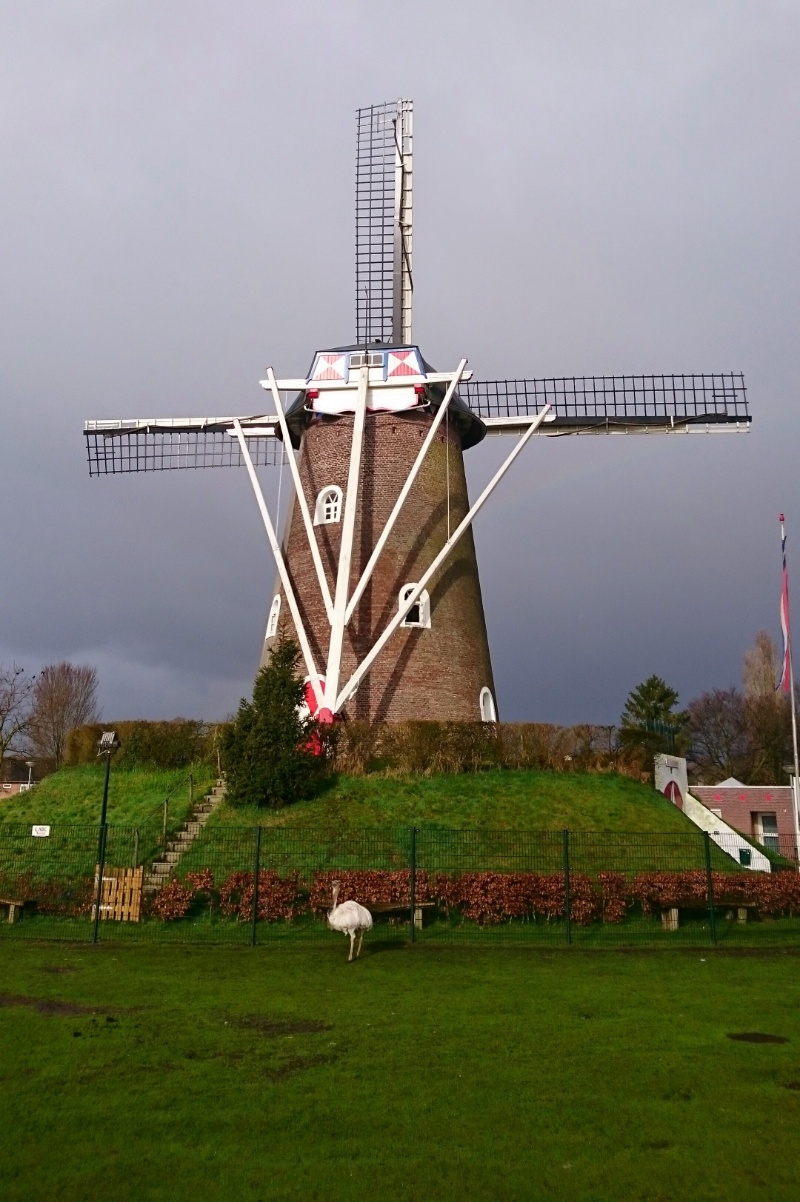 He was part of a petting zoo that was set up underneath with his mate, deer, geese, goats and a whole bunch of others.  Giggling at the sight of a little australiana we were trying to get him over to our side but someone else wanted more attention.

Seeing us at the fence a man came out from the windmill and striked up a conversation. He turned out to be one of the volunteer caretakers of the property.  They had set up the petting zoo for the village to maintain the windmill which was used four times a year.  Once a year they would use the old traditional bakery as well.  He was so nice that he invited us inside the windmill and the pet enclosure where eggs were being incubated.  And one had hatched!

Saying goodbye and continuing on we began to cross past farms.  Our favorite were the miniature pony ones, they were so cute. 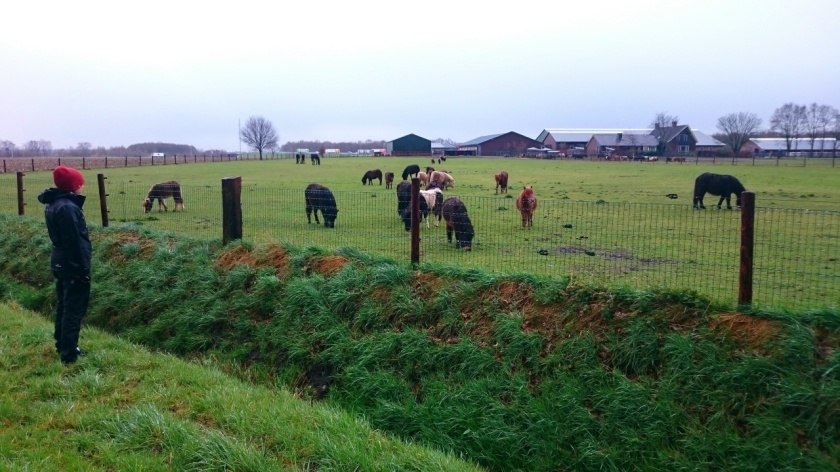 Venlo is a small town very close to the border of Germany.  A lot of people speak both Dutch and German.

Having ridden in the freezing rain all day we were ready for hot showers and dry clothes.  However there was not a single hotel under €70 (over a whole day’s budget and a lot more then any other town) The nearest campsite was 5km out.  Taking the comfort route we decided to spoil ourselves at the cheapest one: Station Hotel.

Our bikes were stored in the best place yet – the bowling alley.  We sat in the heated sunroom people watching and reading.  And the continental breakfast was enormous. So spoiled we decided to stay one more night…