With storms chasing us across the map, we decided to try and outrace the weather, stopping only for one night in the smaller towns. We wanted to join up with EuroVelo 4 or 6, crossing into Germany and following the Rhine. It was the first time the bike paths turned to dirt, winding through forests, horse trails and fields. 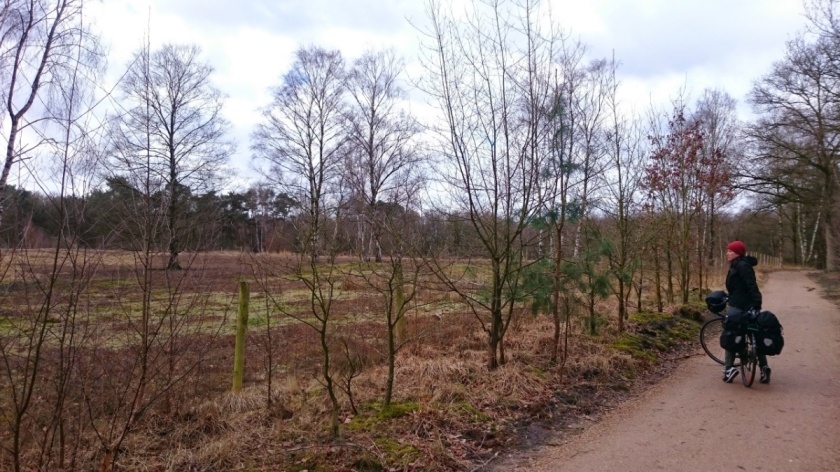 The houses were huge with traditional and modern elements mixed in. It was really common to see thatched roofs, here a brand new one was being put on.

58km later Eindhoven was in sight. We had booked the cheapest hotel in town as we were just passing through. It looked like a boarding house but came with free use of the kitchen, stocked with breakfast items as well. We were sitting in the small sunroom eating dinner when a group of girls came in gossiping: miniskirts, fishnets, heaps of makeup. One of them lead a guy out the back. This cheap hotel seemed to have a side business going on with the rooms downstairs. Luckily our room was in the attic – far from the action! 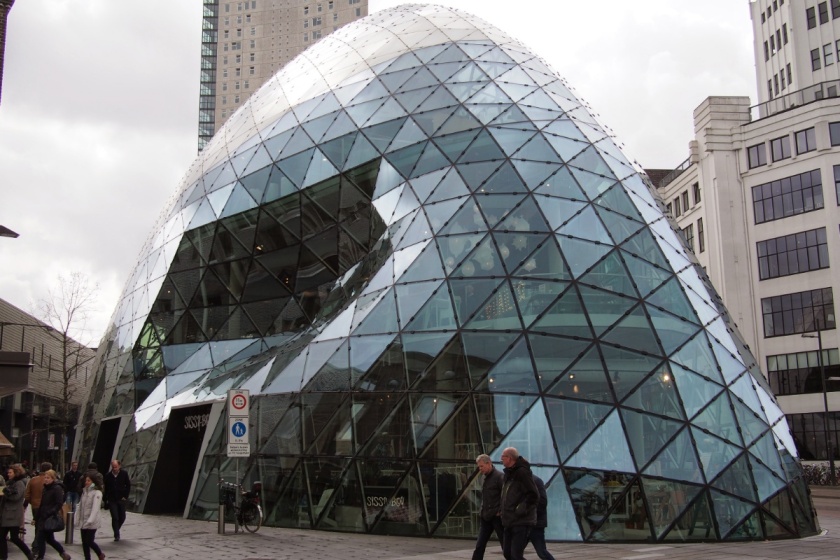 Eindhoven itself was a small compact city with interesting little pockets of architecture. It probably had other qualities but we weren’t interested in sticking around our hotel. We picked the closest campsite and rode out. The wind was blowing us almost sideways and we had been hearing and seeing tree branches cracking all day. On a long stretch we hit a patch of hail. We actually welcomed the change from rain as you could just shake off the ice! It was still windy but the sun was shining when we rode into Camping De Kuilen in Someren. Lulled into a false sense of security we walked around contemplating where the best wind breaker would be for the tent. Then we saw this…

Yup that’s a caravan extension reduced to matchsticks due to the wind that day. We decided on a cabin instead and not a moment to soon as the hail started up again as we got the last of the bags in.

Cosy indoors with a little potbelly heater and huge French doors to watch the afternoon storm.