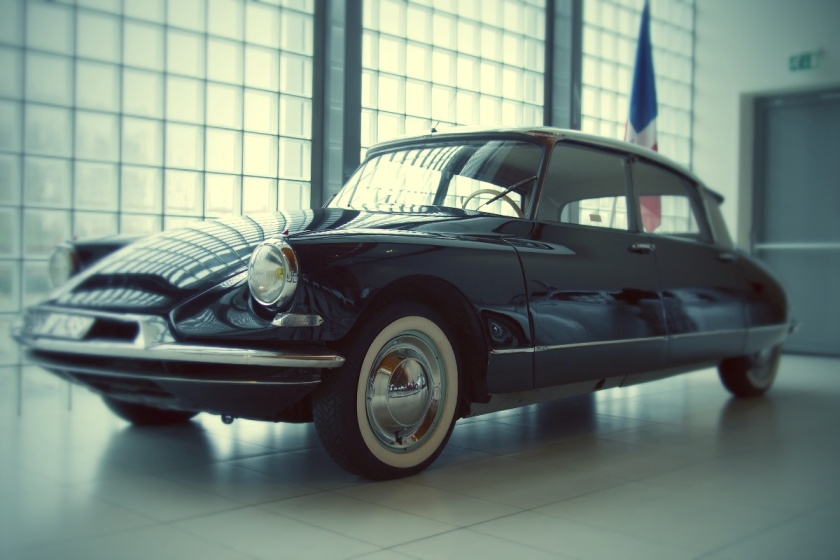 Day two exploring The Hague we set off to visit the M.C Escher museum, mathematical masterpieces of optical illusion, just down the road. Being a rainy day we were quite happy with the short walk until I discovered that just a mere 4kms further down the road was the largest private collection of automobiles in the world open to the public, The Louwman Museum. Plans suddenly changed. 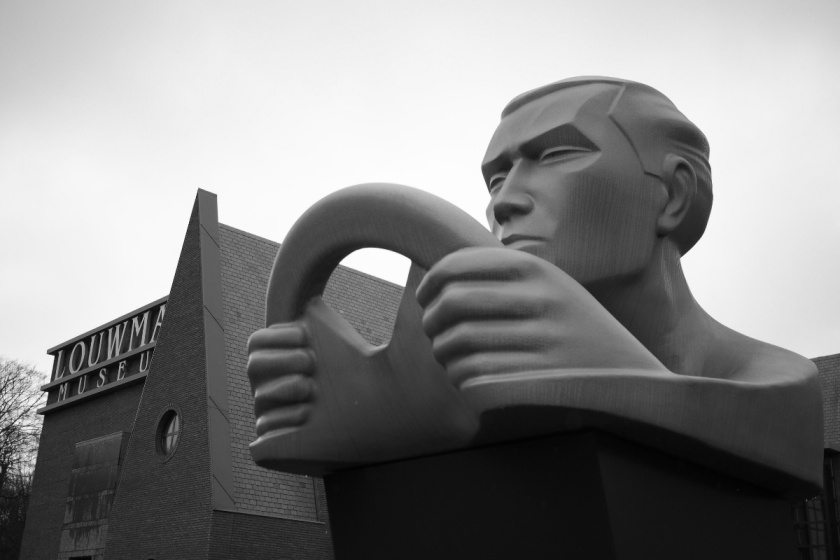 The Louwman Museum contains 230 vehicles collected since 1934 by two generations of the Louwman family. 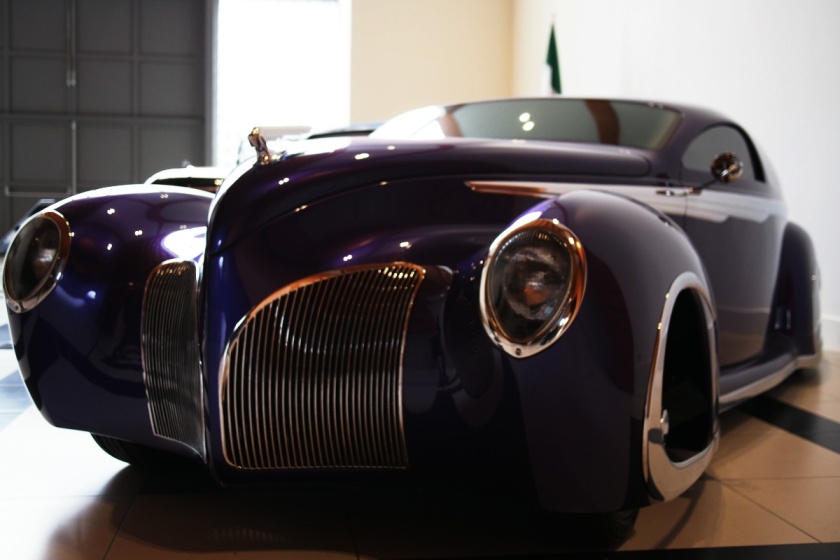 Looks can be deceiving, this Lincoln was actually built in 2008 complete with an enclosed Harley Davidson which rolls out from an electronically controlled tailgate. 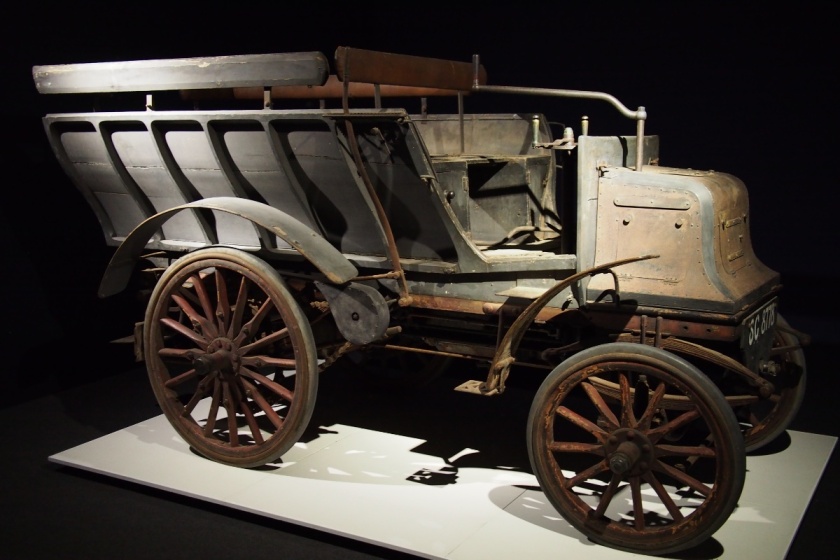 About the same amount of power you would find in a modern day lawnmower. 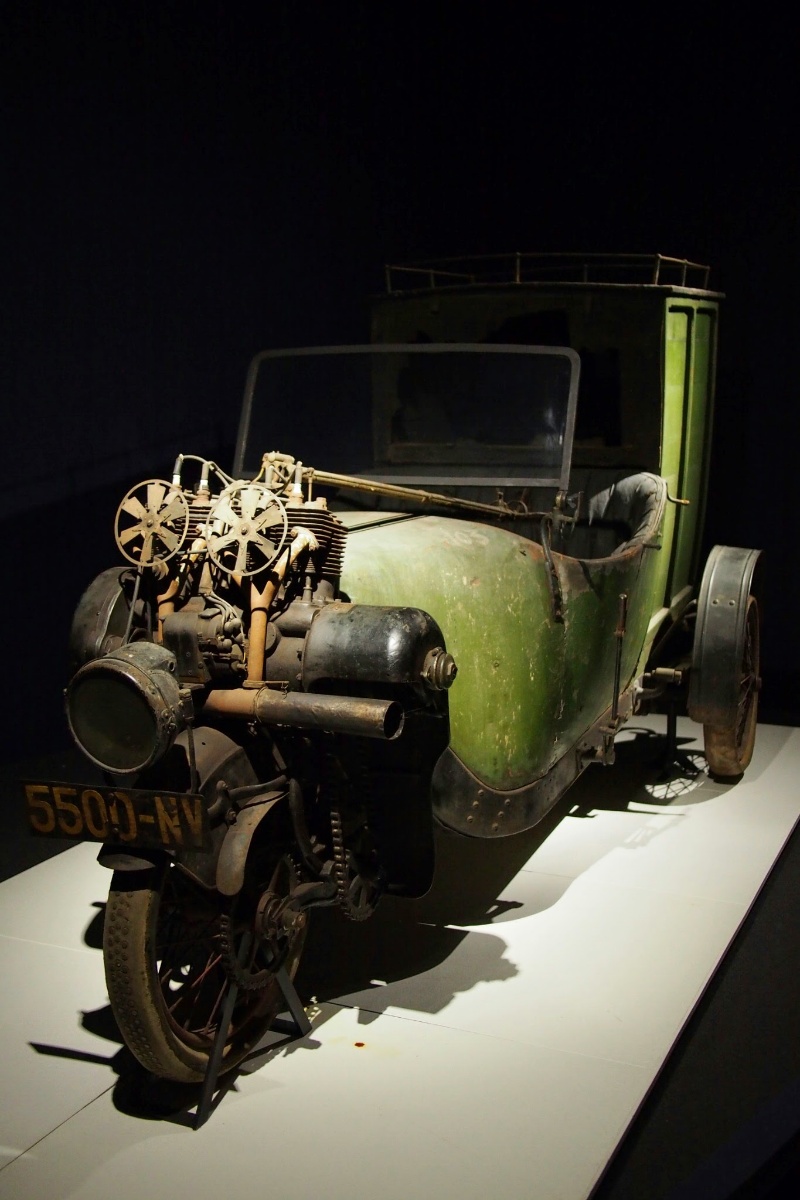 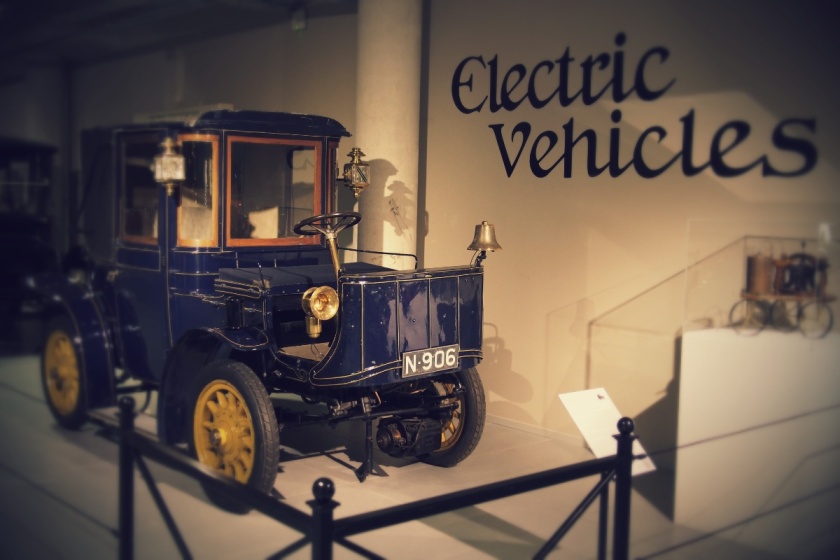 Introduced over 100 years before the Toyota Prius this electric car had a range of 80km with a top speed of 23 km/h. 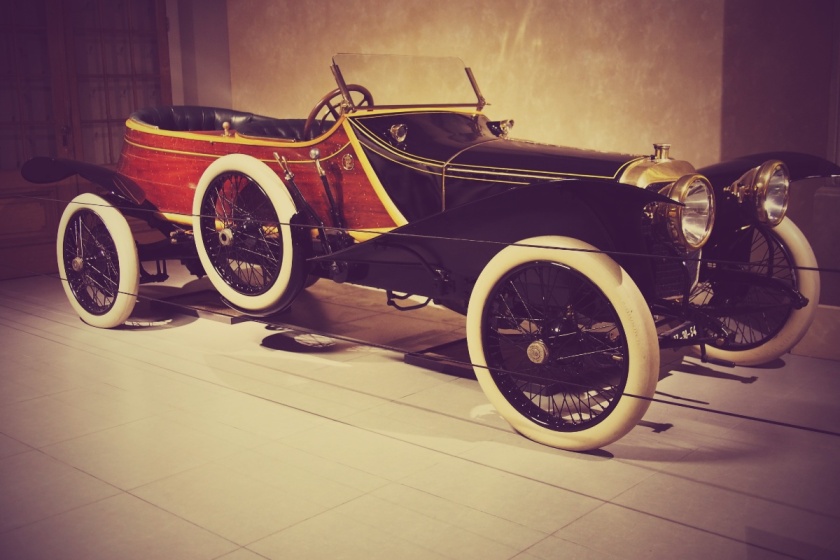 I imagine this car was designed to the length of the model badge required.

This Dodge was the very first car to form part of the collection. Interestingly it was fitted with an optional ‘Fat Man’ steering wheel which allowed the driver to fold the steering wheel back to make it easier to get in and out of the car. 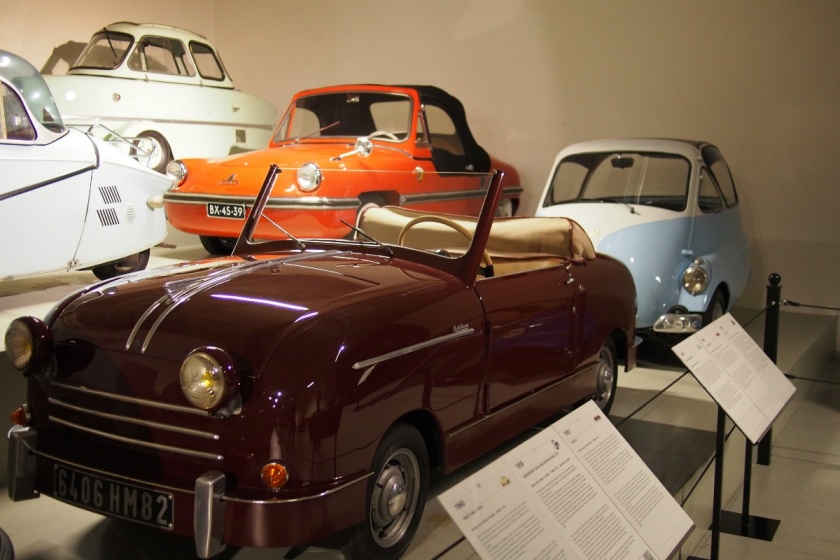 Collection of pint size cars which were some of the best looking cars in the museum. 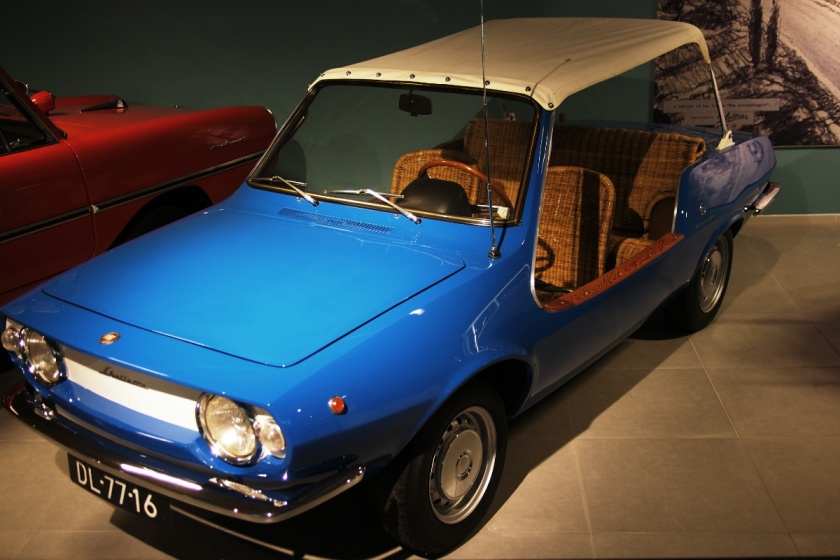 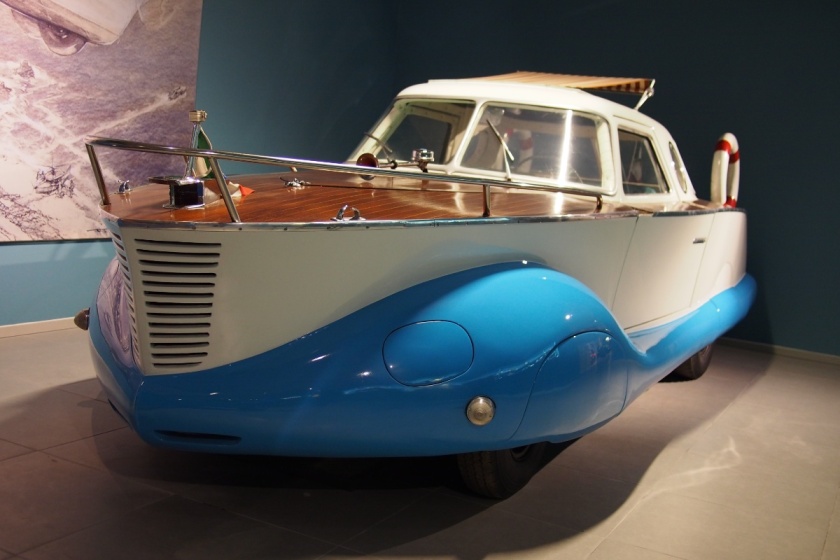 Sadly just a promo vehicle for a sailing school and not at all seaworthly, otherwise it would have been one of my favorites of the day. 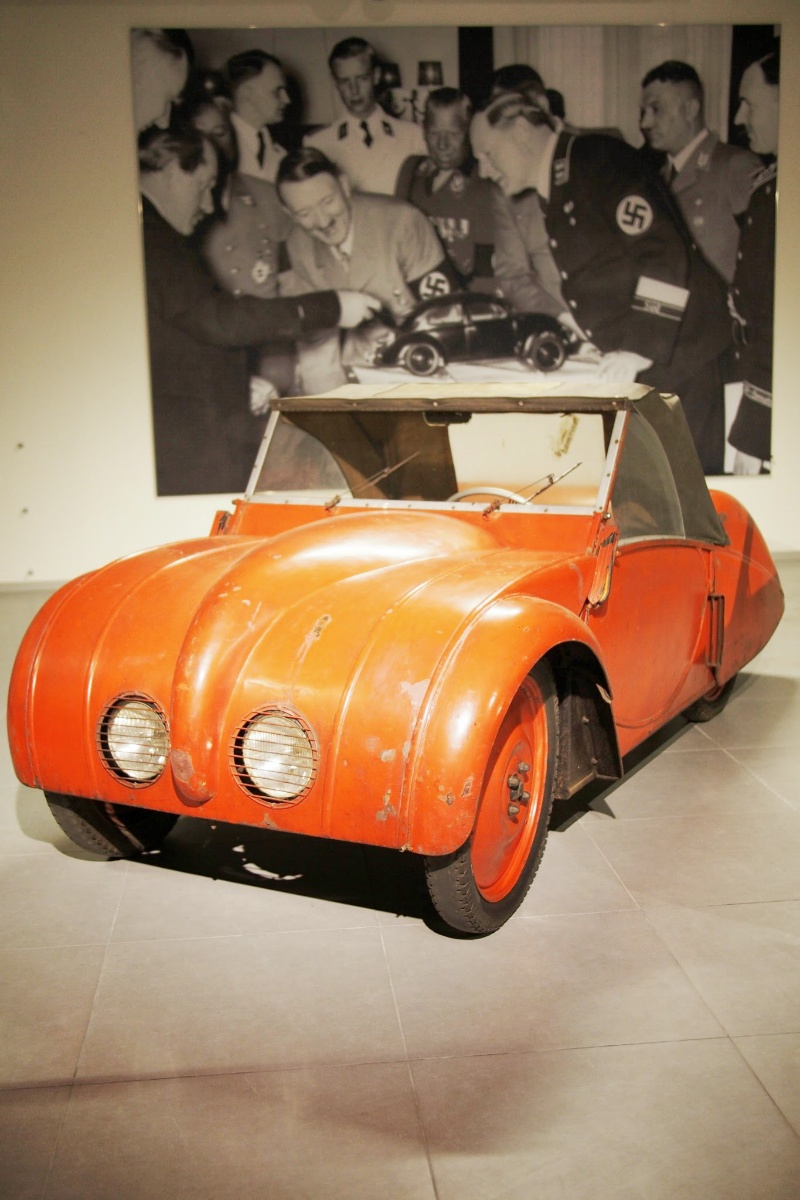 In the background you can see a pic of Hitler viewing a model of the Peoples car the VW Beetle which he ordered Fernihand Porsche to design. 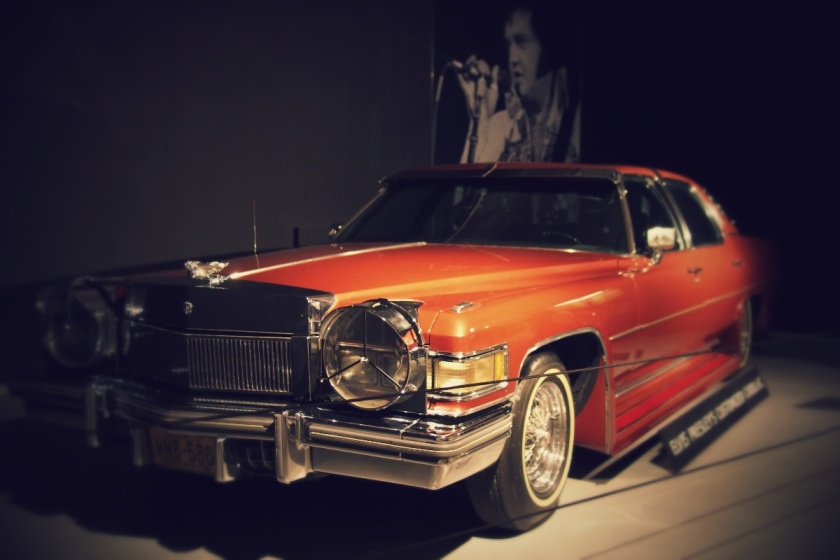 Owned and customised by Elvis complete with dashboard lights which flashed to the beat of the music. 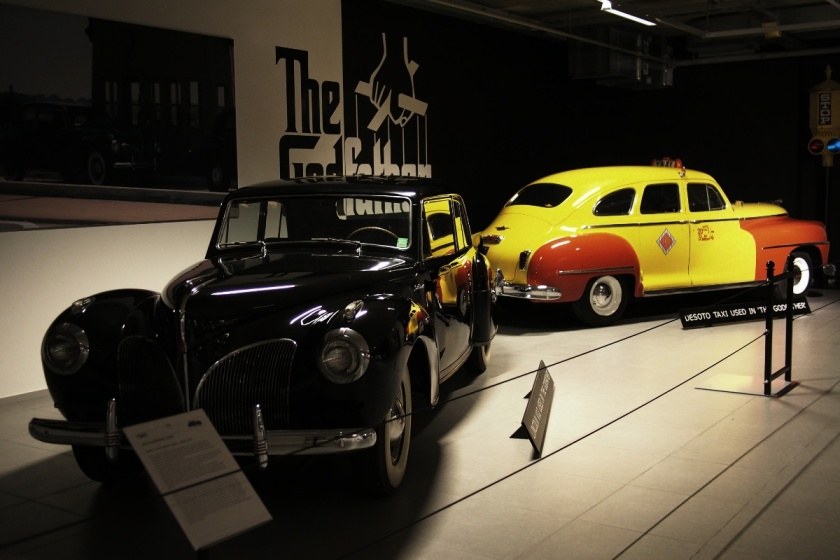 Used in the Godfather movie, this survived the tollboth shooting scene as two stunt double Lincolns were used for the effects. 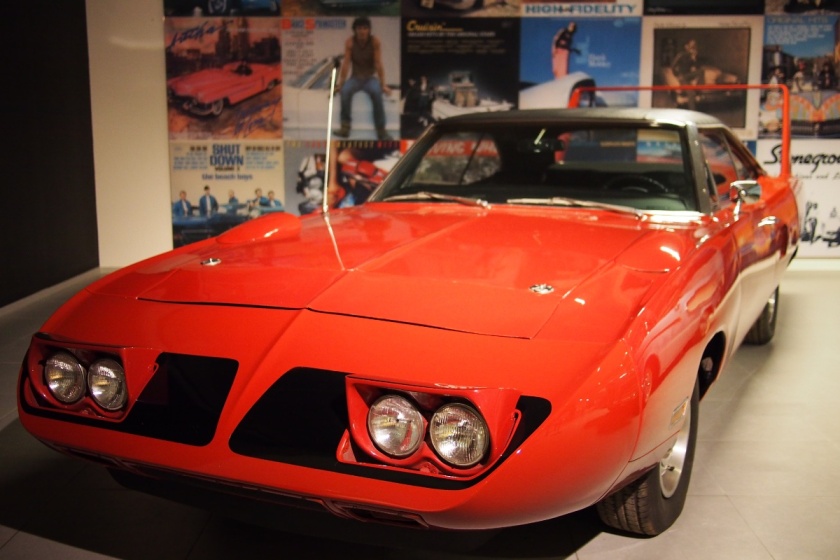 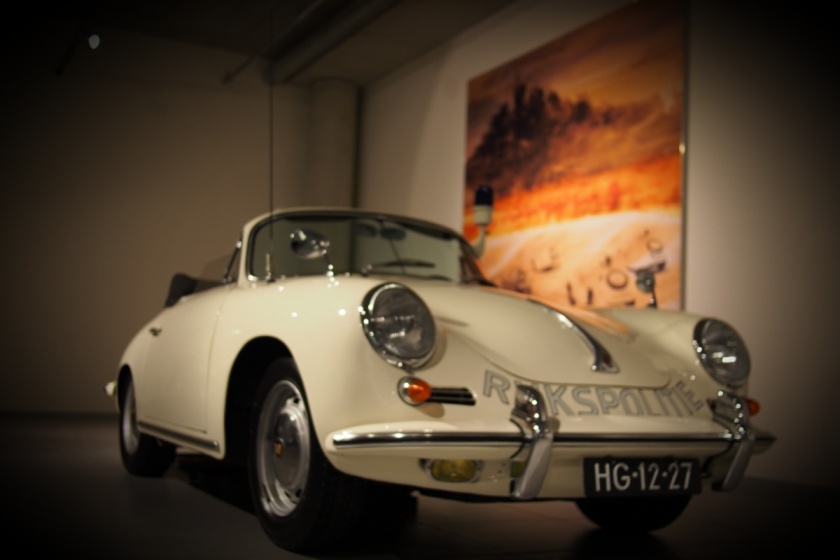 Easily my favorite car in the museum, the only thing better would be this in black with a roof. 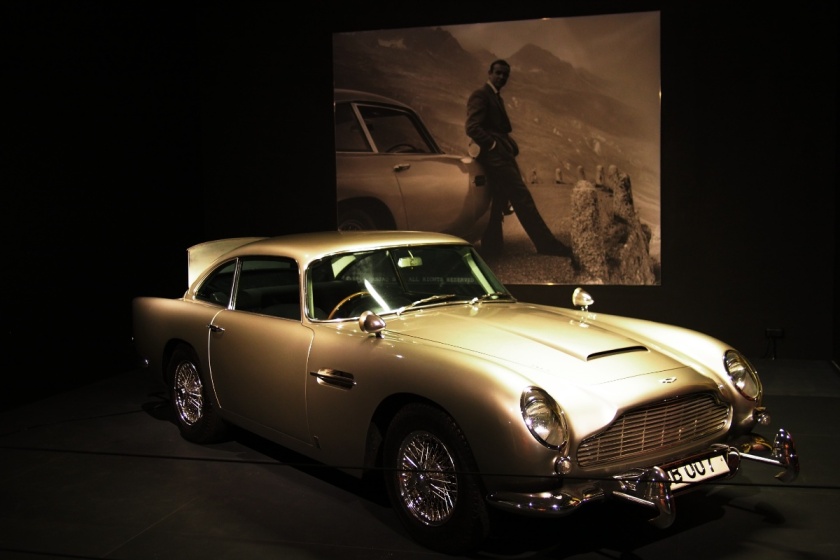 Aston Martin actually manufactured these vehicles from the factory with all modifications and gadgets for the movie. 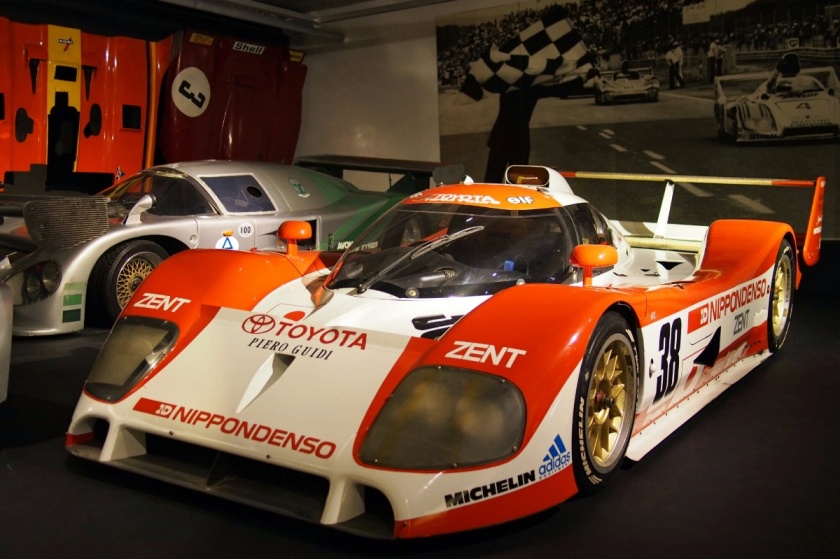 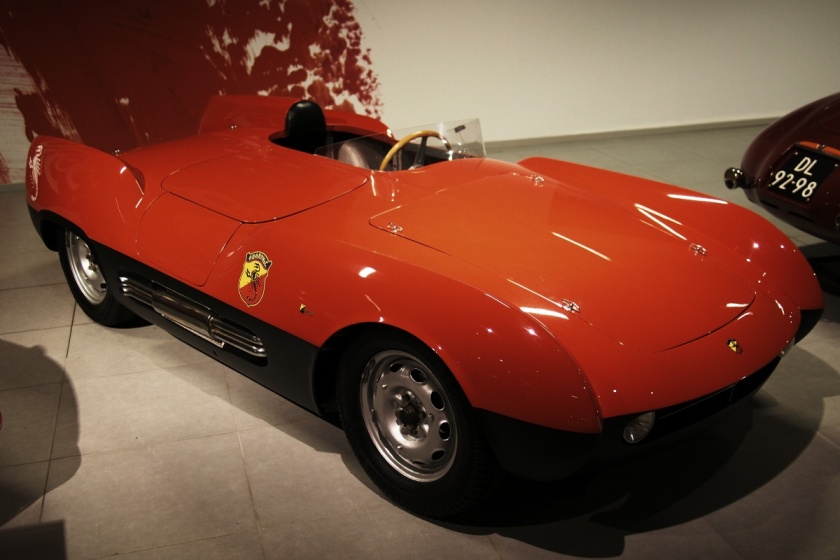 Italians took a Fiat 1100 and created this, which is why it has to be red. 1.1 liters is all you needed for performance when the car only weighs in at 585kgs, for comparison a modern day Mazda 3 weighs in around 1200kgs. 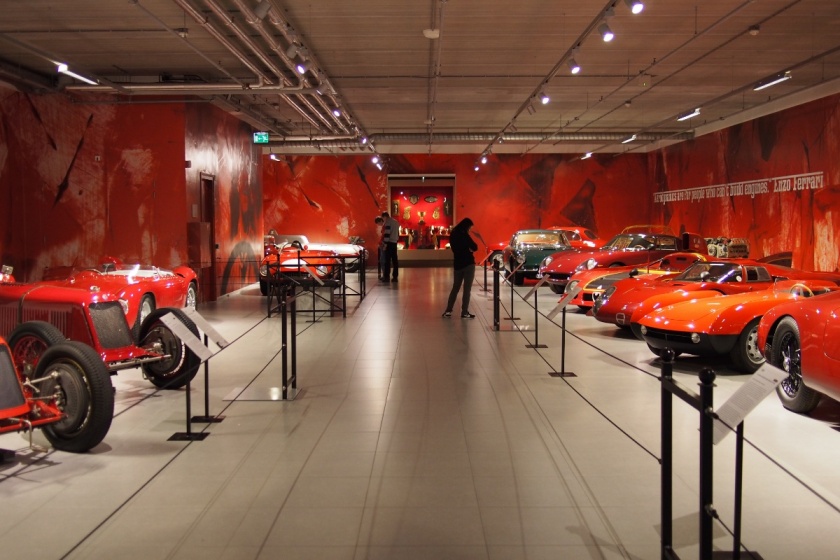 Aerodynamics are for people who can’t build engines – Enzo Ferrari

Enzo Ferrari once told a man to stick to building tractors after he complained to Enzo about the mechanical issues he was having with his Ferrari. This enraged the tractor builder to the point where he decided to build his own cars to compete with Ferrari, his name was Ferruccio Lamborghini….. 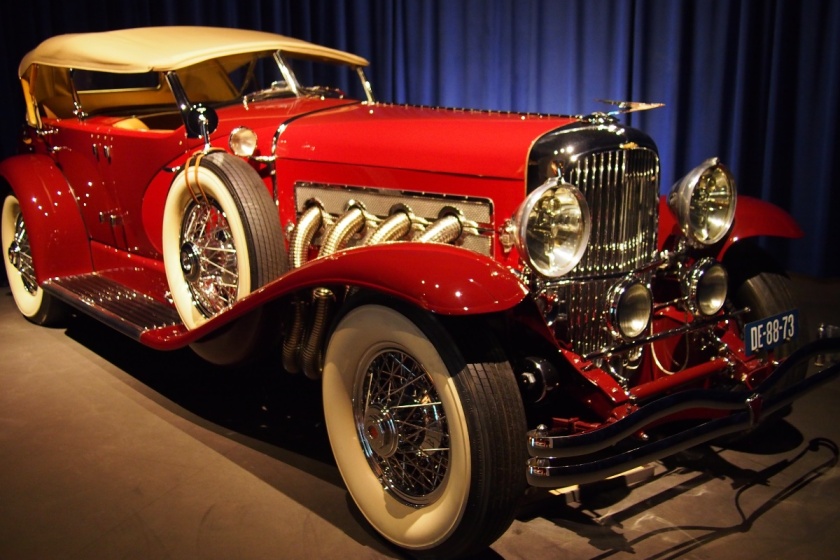 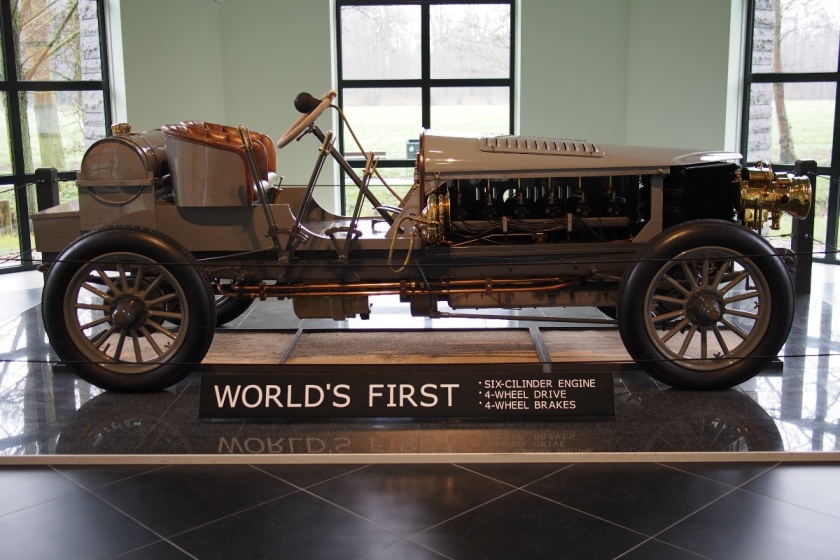 Three world firsts in the one car, you can see why this had a display room to itself. 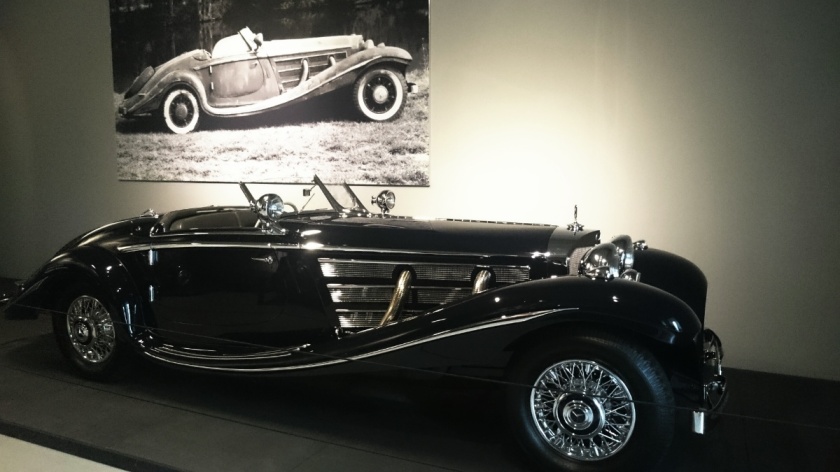 Owned by a butcher and left in his barn from 1956 until the mid 80’s when it was discovered and restored. 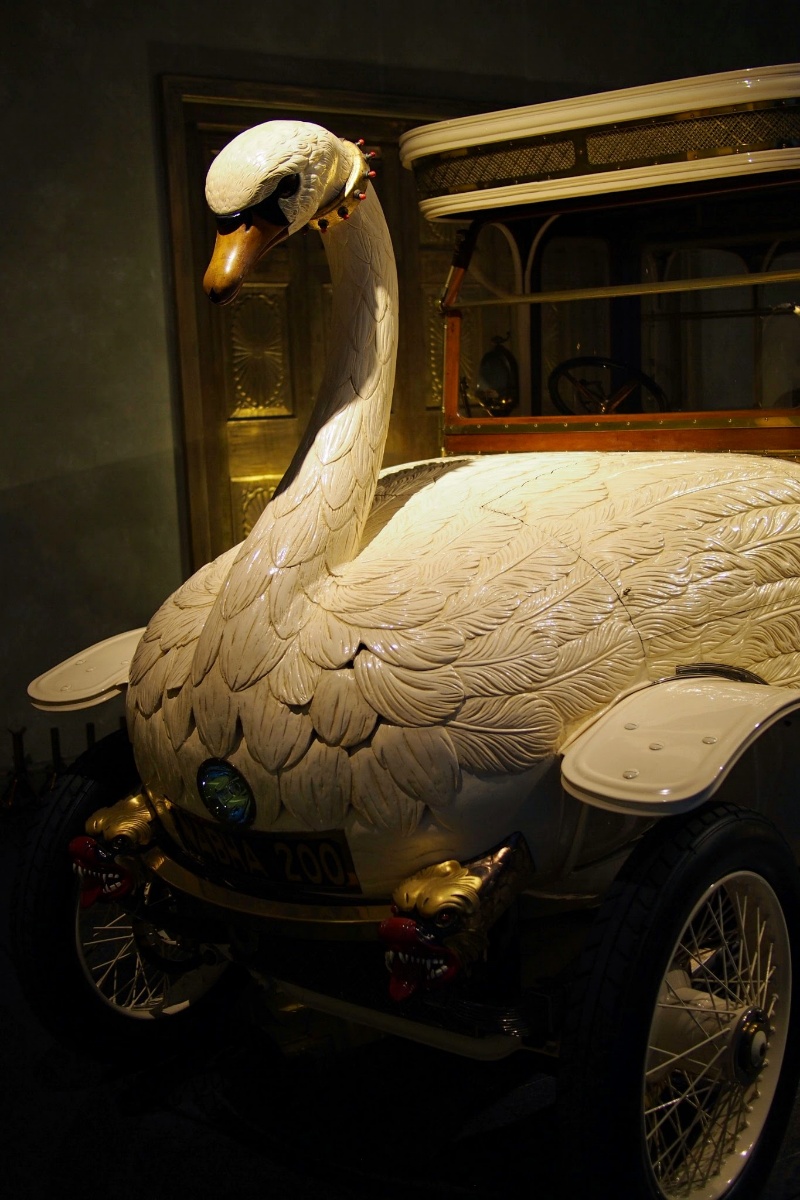 Its a car with Swan like features and brushes on the wheels to remove elephant dung, need I say more. 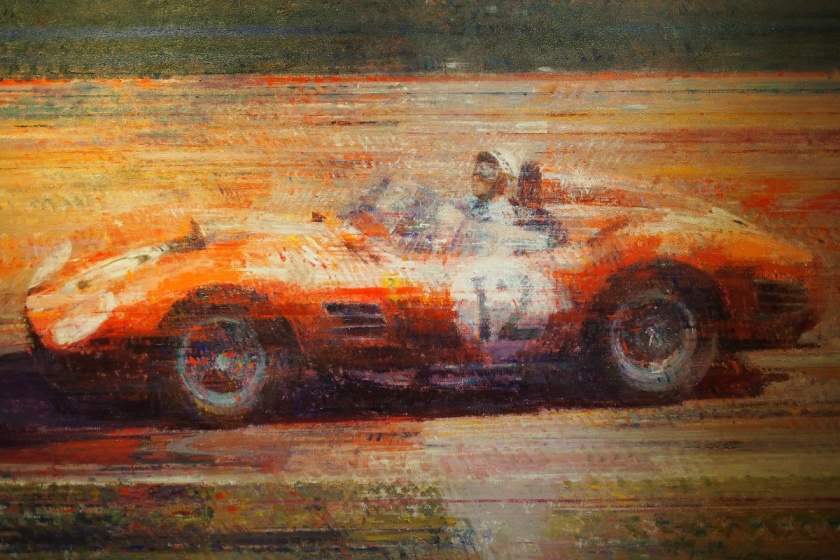 One of the amazing artworks hanging in the museum. 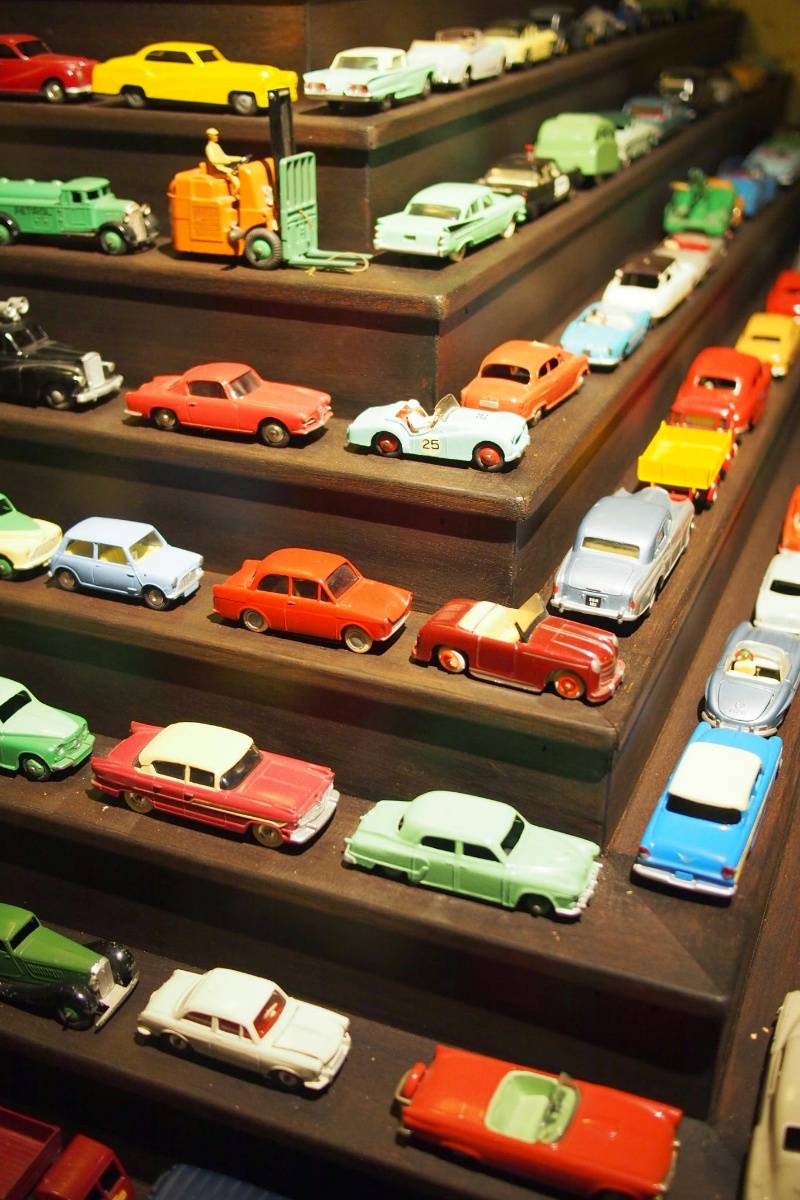 A car collection more in my own price bracket……